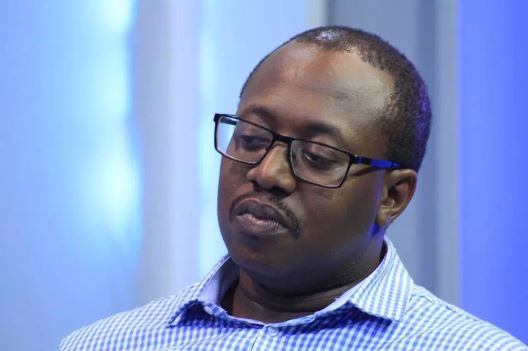 The Director of Advocacy and Policy Engagement at the Ghana Centre for Democratic Development (CDD-Ghana), Dr Kojo Pumpuni Asante, has called for urgent reforms in political party campaign financing.

That, he said, would protect the country’s democracy from falling into the hands of a few financiers.

It would also save the country’s democracy from the brink of collapse.

In an interview with the Daily Graphic, Dr Asante said the current situation where aspirants for various positions had to be sponsored to purchase forms and even supported to campaign was “an unsustainable financing model”.

He was speaking in response to the opening of nominations and sale of forms for polling station and electoral area coordinator positions in the New Patriotic Party (NPP).

When the NPP opened its nominations for polling station executives and electoral area coordinators on February 19 to February 21, 2022, some aspirants complained of the hoarding of the forms by some party executives to be given to their favourites to vote for them at the constituency and regional levels.

Some presidential aspirants were also alleged to have paid for the nomination forms to be distributed to candidates interested in contesting for the positions.

But the party denied knowledge of such purchase of forms by the presidential aspirants. However, in view of the anxiety and tension within the party as a result of the agitations for the forms, the National Chairman of the party, Mr Freddie Blay, extended the close of nominations to February 22, 2022.

But Dr Asante said the situation where party members could not purchase forms and relied on party executives or financiers to purchase forms for them and also support their campaigns to be elected was unsustainable, stressing that it was getting out of control.

According to him, the current situation showed that the country was nurturing a bad political culture as in the “Godfather” model.

He said the situation was contributing to the rising cost of politics, saying that if someone started to sponsor candidates at the lower level, it stood to state that it would continue at the constituency, regional and national levels.

Such things, he explained, emasculates the party, stressing that “if as a party member you cannot pay for dues, then the rich will take over the party.”

The NPP opened nominations for candidates interested in contesting as polling station and electoral area coordinators from February 19 to 21, 2022.

However, the anxiety and tension that gripped the aspirants due to the unavailability of the forms compelled the national executives to extend the deadline to February 22, 2022.

The NPP has set an agenda to break the eight-year cycle of being in power.

At a news conference to extend the deadline, the National Chairman of the NPP, Mr Freddie Blay, urged the executives not to deny any eligible candidate the nomination forms as adequate forms had been made available for all the 38,632 polling stations across the country to facilitate the smooth conduct of the exercise.

Mr Blay said the party leadership had been monitoring the exercise keenly and would not allow anyone to mar it.