Reconciling Parliament: MPs must trust one another — Methodist Bishop 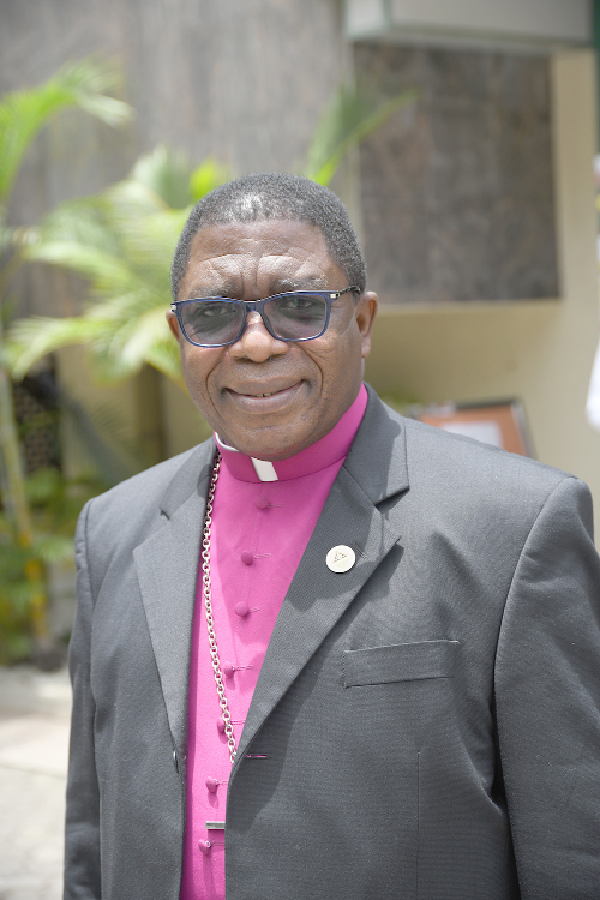 Members of Parliament (MPs) must trust one another to build consensus and reconcile the House, the Most Reverend Dr Paul Kwabena Boafo, the Presiding Bishop of the Methodist Church, Ghana, has said.

He expressed regret over chaotic incidents that characterised some proceedings of the House last year and said consensus building was the surest way to redeem the image of the House.

"Ghana will not burn. Our Parliament will reconcile," he said in an interview with the Ghana News Agency after the Watch Night Service of the Calvary Methodist Church, Adabraka,last Saturday dawn.

Parliament has come under fierce criticisms following the chaos that broke out on the night of Monday, December 20, 2021 during deliberations on the Electronic Transfer Levy Bill, 2021.

The incident has been widely condemned by all, including the international community, with Parliament itself expressing regret over the conduct of the House.

Deliberations on the bill, which seeks to impose a 1.75 per cent levy on electronic transactions, have since been suspended by the House.

The deliberation has been halted to allow for broader consultations on the proposed electronic transaction levy, announced during the 2022 Budget presentation by the Finance Minister on Wednesday, November 17, 2021.

In a New Year message, Most Rev. Dr Boafo said MPs must move beyond their differences and party affiliations and help build consensus in the interest of national development.

“I believe that they should sit down and look at what has happened so it doesn’t reoccur.

“...We should trust one another, bring them on board, respect one another so that together whatever bill is to be debated, we all agree for the good of the nation,” Most Rev. Dr Boafo said.

He urged the citizenry to eschew bad practices such as bribery and corruption that impeded the progress of the nation last year.

He said the Year 2022 presented an opportunity for the nation to move away from the old ways of work and develop new working ethics that would be for the good of the nation.

“We must move away from the evil that we did; corruption, bribery and all the things that we talked about as a nation, which are impeding our progress.

“These are new opportunities. Let’s move away from it (evil) and move into the New Year so that our nation can grow and grow well,” he said.