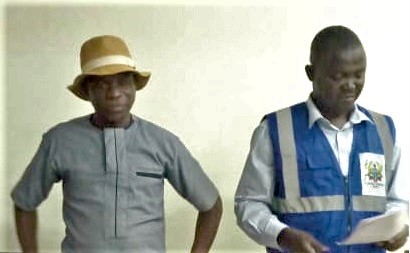 A-48-year-old Electrician, Joseph Mbugri, has been re-elected the Presiding Member (PM) of the Pusiga District Assembly in the Upper East Region.

Prior to the election, assembly members for Nikogo and Sugudi, Raheem Aguri and Sayuba Ayamba Haadi, respectively declared their intention to challenge the incumbent in the election.

Some power brokers began to impress upon Aguri and Haadi to reconsider their decision and step down to allow the incumbent to go unopposed.

Aguri subsequently rescinded his decision and stepped down leaving Haadi and Mbugri in the contest.

Further appeals to Haadi to rescind his decision were met with resistance until a few minutes to the election after ballot papers had been printed that he decided to step down for Mbugri (incumbent) to go unopposed.

In his acceptance address, Mr Mbugri thanked the assembly members for the overwhelming endorsement to continue to discharge his duties as the PM of the district assembly for another term.

He commended his two other contenders for taking a bold decision to step down which paved the way for his re-election, saying “ I wish to commend you for shelving your individual ambitions to support my re-election bid”.

He called for unity among assembly members, management and technocrats of the district assembly to come together and work towards addressing some of the pressing challenges of the district.

The District Chief Executive (DCE) for the area, Zubeiru Abdulai, expressed gratitude to the assembly members for not delaying the election of a PM for the assembly which would have had dire consequences on the district assembly.

Presiding members play a critical role in the decentralisation process of the country as they chair meetings of district assemblies to take crucial decisions.