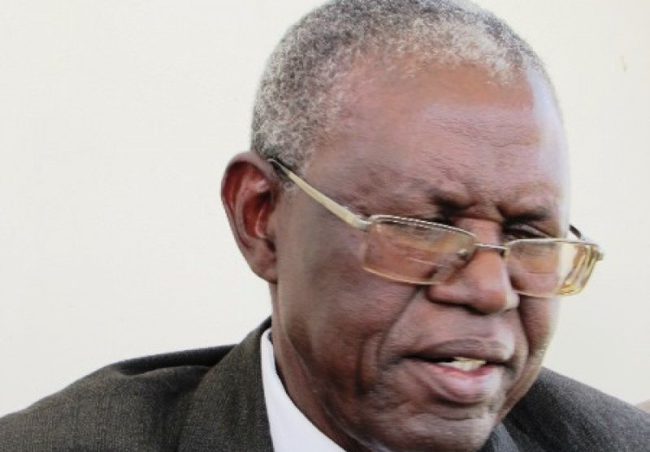 A constitutional lawyer, Mr John Ndebugri has said President Nana Addo Dankwa Akufo-Addo cannot "arrest" the process which has been initiated for the December 17, 2019 referendum.

According to him, there is no provision in the constitution that allows the President to abort the process which has already been set in motion.

The referendum is to decide on the amendment of Article 55(3) of the 1992 Constitution on whether or not political parties should be allowed to sponsor candidates in local level elections.

Article 55(3) talks about the ability of political parties in sponsoring candidates to elections with the exception of local level elections.

President Akufo-Addo has initiated the process to relinquish his power in the appointment of metropolitan, municipal and district chief executives (MMDCEs) under Article 243 (1) for them to be elected and that process is currently in Parliament. If Parliament by a two-thirds majority agree to amend Article 243 (1), then MMDCEs would be elected.

Article 243(1) in not an entrenched provision and does not require a referendum to amend. Parliament by a two-thirds majority can amend it.

But apart from that, it is also the preference of President Akufo-Addo that, if the MMDCEs are to be elected, they should be elected on political party sponsorship as candidates.

The constitution says that to amend an entrenched clause, there must be a referendum for the people to decide through a universal adult suffrage.

In a radio interview with Accra based Class FM on Tuesday evening, [November 26, 2019], Mr Ndebugri said once President Akufo-Addo has set that process in motion, he does not find any Article in the constitution that "empowers him to arrest that process. And in any case, to arrest the process is untoward because you cannot just say that you are about to be defeated, then you retract and abort the process. So there is no law allowing him to abort the process. The process must go on, and those who want to vote 'YES' will vote 'YES' and those who want to vote 'NO' will vote 'NO'."

He said: "40 per cent of the voting population must turn out and vote and 75 per cent of those who turn up and vote, must vote 'YES' in order for the question to be determined. So we are waiting for 17th December, 2019."

"I actually don't see the need to withdraw the question, it is too late," he said.

He said those who are interested in arresting the process, "may go to court and the court will determine whether their plea is available to them. But I'm saying that the law is very clear, the process has been set in motion, everything is on course for voting to take place, we must go ahead in accordance with the law."

Mr Ndebugri said those advocating for the referendum to be halted are acting out of ignorance.

His call is similar to an earlier one by the Minority Leader in Parliament, Mr Haruna Iddrisu, who has also stated that President Akufo-Addo has no power to pull the plug and halt the process for the upcoming referendum.

Following the break down of consensus for a YES vote in the upcoming referendum, there have been calls for the referendum to be halted by withdrawing it or postponing it.

Some have argued that they prefer a 'NO' vote since it will not be prudent to allow partisanship at local level elections whilst others have also said there is the need for more public sensitisation since the education on the referendum has not really gone down.

Some have also said a postponement and organising a separate election just for the referendum would be costly.

They would rather prefer that it should be considered in 2023, the next time Ghana would hold district-level elections but there are those who also think that it should be allowed to go ahead for the public to vote on it.

There have been indications that President Akufo-Addo will make a pronouncement this week when he returns from his trip to the United Kingdom.