PNC calls for support for women in leadership positions 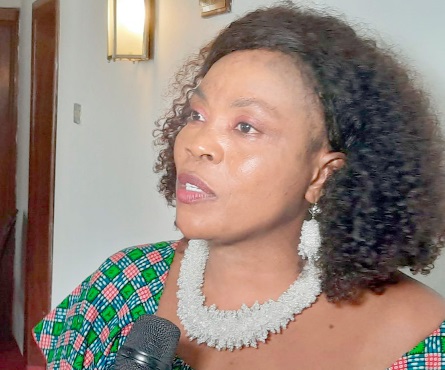 The People’s National Convention (PNC) has urged the government to empower women so that they succeed in leadership positions.

“It will be difficult for Ghana to attain sustainable growth while the majority of its human resource base, the female gender, are left behind,” it said

This was contained in a statement signed by the party’s General Secretary, Ms Janet Nabla, to commemorate this year’s International Women’s Day.

It said as the country sought to bounce back from the COVID-19 pandemic, a situation that saw women bearing the brunt of the hardship of inequalities and economic challenges, the government needed to put women and children’s needs at the centre of the economic recovery.

That, it said, should include the passage of the Affirmative Action Bill into a law to allow women to get equal treatment in the employment, education, economic and political sectors.

The statement said over the past years, both the New Patriotic Party (NPP) and the National Democratic Congress (NDC) had paid lip service to the passage of the Affirmative Action Bill.

It said that situation was becoming a worrying trend since most African countries had passed the bill with the exception of Ghana and Nigeria which were both from West Africa.

It called on the international community, Civil Society Organisations (CSOs) and Non-Governmental Organisations (NGOs) to add their voices in pushing the leadership of both the NPP and the NDC to pass the Affirmative Action Bill.

The statement said Ghana was blessed with talented women and urged women with the leadership potential to step out of the margins and take their rightful place as leaders of the nation.

It said a future PNC government would put women and children affairs at the centre of its governance decisions in order to address inequalities and economic challenges that had characterised daily life in the country.