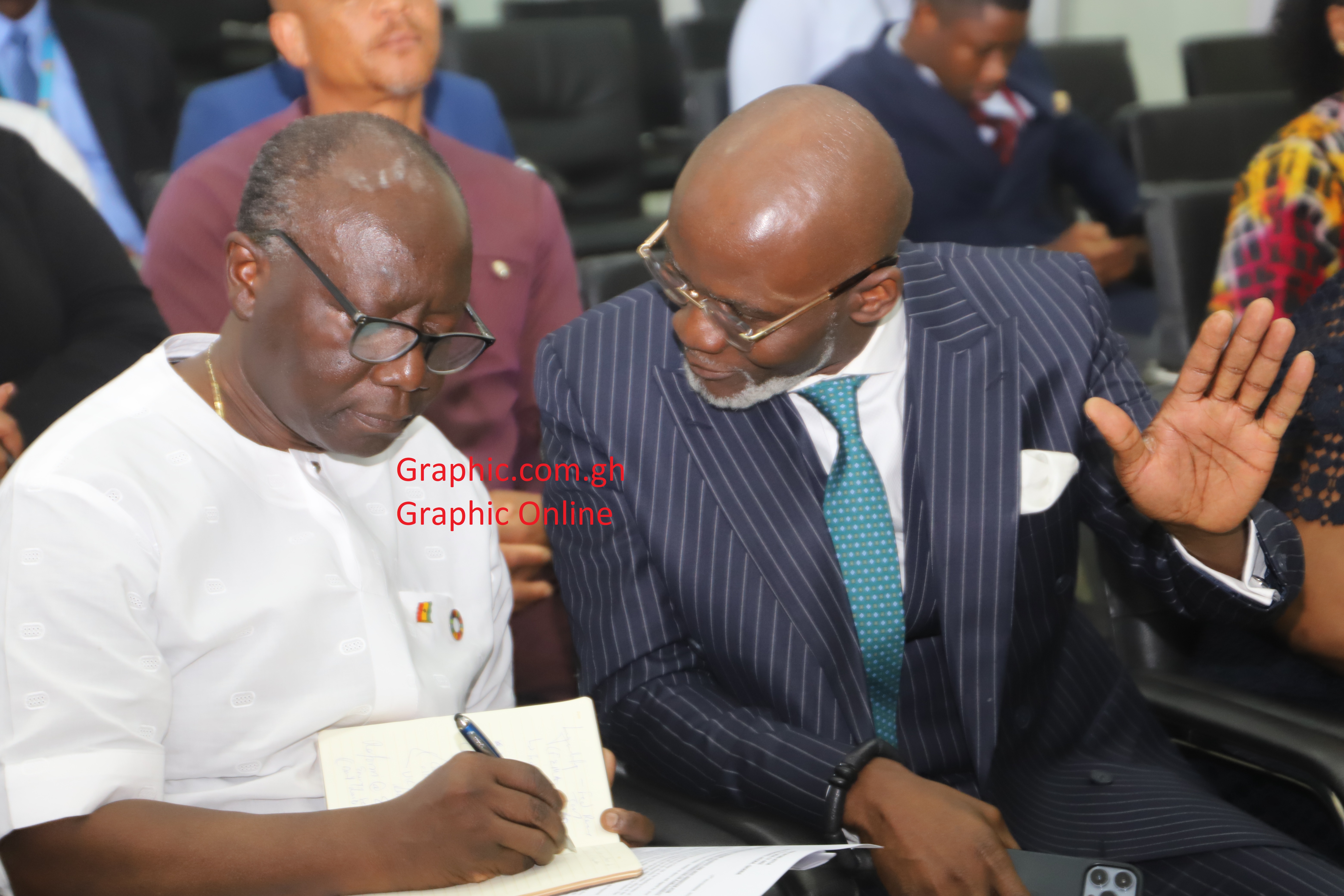 Parliament is set to debate the censure motion filed by the Minority Caucus against the Finance Minister, Ken Ofori-Atta today.

The report of the committee was tabled to be debated in the House on Wednesday but the House was notified that the debate will commence Thursday.

As part of procedure, the Minority members, particularly the proponents of the motion, will pitch their arguments against those from the Majority on whether there are still grounds for the House to vote and out the Finance Minister from office.

To accomplish that, the Minority will need at least 183 members of the House to push through the agenda.

However, it remains to be seen how things will play out in the House since the Majority leadership had, for the past three weeks, given a strong inclination not to support the Minority on the motion.

For instance, some of the Majority MPs have stated that the Minority was only politicking with the allegations in the censure motion.

Soon after the debate, the Speaker of Parliament may decide on the next possible procedure the House should engage in on the way forward.

On November 25, 2022, the report by the eight-member ad hoc committee, co-chaired by the New Patriotic Party MP for Adansi Asokwa, K. T. Hammond, and the National Democratic Congress MP for Bolgatanga East, Dr Dominic Ayine, submitted its report to the plenary.

That was after the committee had completed its investigation on the seven grounds (allegations) levelled by the proponents of the motion against the minister at a public hearing from November 15, 2022.

The hearing saw the Minority Leader, Haruna Iddrisu, supported by the Ranking Member on the Finance Committee, Dr Cassiel Ato Forson, advancing arguments to justify the grounds against the minister.

To verify the grounds put forward by the proponents, the committee invited the Public Interest and Accountability Committee and the Ghana National Petroleum Cooperation to either corroborate or debunk the assertions by the proponents, leading to the striking out of two of the seven grounds.

Eventually, backed by his counsel, Mr Ofori-Atta also appeared before the committee to put up his defence against the allegations.

Already, the Majority Caucus has consistently made it clear that its members are unwilling to support the Minority to push through the censure motion against the Finance Minister.

It said the censure motion was politically motivated, a reason the Majority would not aid the Minority to obtain the 183 members to succeed.

“Mr Speaker, the Minority should not be under any impression that in any so-called secret ballot you are going to have somebody to support you as you do not have the numbers,” the Deputy Majority Leader, Alexander Afenyo-Markin said on the floor of parliament last Friday.

”The motion has already failed and who told you that you are going to get any support from this side; we have told you that it is a political motion and we will not support you as we made it clear.

“So, that imaginative number that you are thinking about, you will not get any support and we will debate you on that and prove to you that it is a personal attack on the Finance Minister,” he said in response to a remark on the issue by the Minority Leader.

The Minority Leader had called on Parliament to bring a closure to the censure motions against the Finance Minister.

He said the move to censure the Finance Minister would be an exercise in failure if they did not get the cooperation of the Majority who were “now backtracking”.

“If those courageous 98 gallant NPP MPs or Majority MPs cooperate, we will be very successful in getting a new Finance Minister for Ghana and exiting Ken Ofori-Atta.

“If you do not cooperate, our exercise may end in failure because we do not have the threshold of the two-thirds majority required of the 183. Some may change their minds after today and come and support us,” he stated.