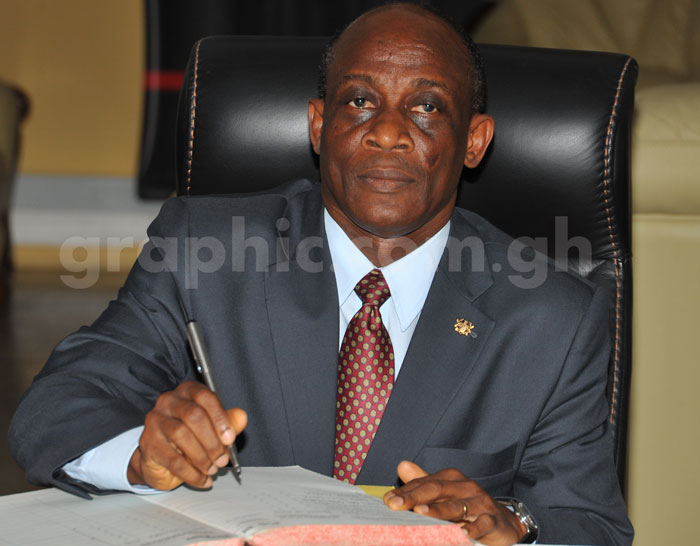 They are the ministries of Education and Justice, the Office of Government Machinery, the Electoral Commission (EC) and Parliament.

Of all the motions on the floor yesterday, the one involving Government Machinery appeared to have generated the most interest, with members participating actively in the debate leading to the approval.

The motion for the approval of the budget estimates for the Office of Government Machinery was moved by the Minister of State at the Presidency, Mr Alhassan Azong (PNC, Builsa South), and seconded by the Chairman of the Finance Committee of Parliament, Mr James Klutse Avedzi (NDC, Ketu North).

Contributing to the debate for the approval of the budgetary estimates for National Security, the MP for Sekondi, Papa Owusu Ankomah (NPP), said Ghana did not have a national security policy.

“We seem to have shrouded security issues in secrecy,” he said, adding that calls for a policy in that area had fallen on deaf ears.

“As we move forward as a nation, it is important that we take such issues seriously,” he added.

He also called for a law establishing a contingency fund for Ghana and charged the Minister of Finance, Mr Seth Tekper, who was present in the House, to move a few motions to lead the process.

Papa Owusu-Ankomah said some MDAs failed to expend funds in a prudent manner and charged the Parliamentary Select Committee on Finance to periodically invite the leadership of MDAs to Parliament to explain their expenditure patterns.

The MP for Effutu, Mr Alex Afenyo-Markin (NPP), said the allocation for MASLOC was inadequate, adding that with many small-scale businesses in need of loans and start-up capital, more money needed to be made available to the centre for disbursement.