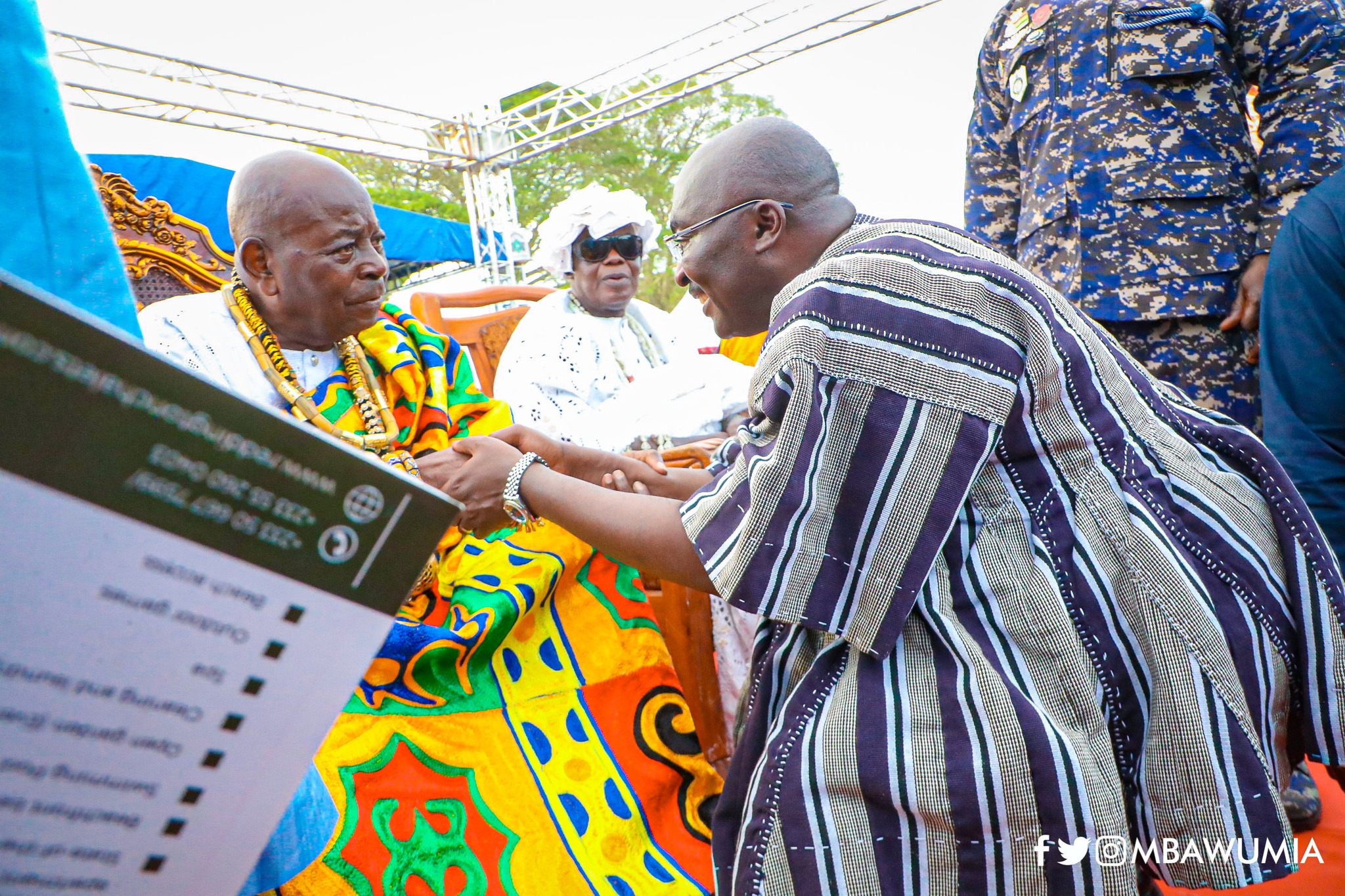 The Asantehene, Otumfuo II, and the Vice President, Dr. Mahamudu Bawumia joined the Awoamefia, Togbe Sri III, the Chiefs and people of Anlo and other distinguished traditional leaders for the the 2022 Hogbetsotso Festival in Anlo on Saturday.

The Asantehene's visit is historic in every, especially being the first time in over 12 decades that an Asantehene was visiting Anlo, and so is the Vice President's, which was his first, as well as the second in nearly 15 years by a a high-profile leader of the NPP.

Following the visits, many in Anlo were left impressed, and in praise of the two distinguished personalities lighted up Hogbetsotso Festival on Saturday with their presence.

The Asantehene historic presence on Anlo land and at the Hogbetsotso Festival, was the first time in 120 years by any Asantehene.

The last Asantehene to do so was Asantehene Kofi Karikari in the 19th Century.

And for the Vice President, Dr. Mahamudu Bawumia, he is the first leader from the current NPP regime to attend the Hogbetsotso Festival in six years, and the second since President Kufuor in nearly 15 years.


The Vice President's attendance, coinciding with the visit of the Asantehene, as well as other distinguished traditional rulers from other parts of the country, including the Ga Mantse and the Kwahumanhene, made it more historic.

Both spoke at the Festival, with the Asantehene recalling the strong relationship between the Asantes and the Anlos, dating back to over a century, and culminating in a suburb in the heart of Kumasi called Anloga.

The Asantehene noted that political machinations have threatened this relationship, thereby creating needless suspicion among the two groups.

He therefore, called for the strengthening of the relationship to promote the rich culture of the two ethnic groups, and for the benefit of the nation.

"I'll like to take this opportunity to specifically thank and welcome Hos Royal Majesty the Asamtehene, Otumfuo Osei Tutu II and the Kwawuhene for making it to this festival.

I can say that the historic record shows that the last Asantehene to be in Anlo was Asantehene Kofo Karikari and this was over 120 years ago. And therefore this is truly a historic occasion to have Otumfuo Osei Tutu II to come," Dr. Bawumia said.

"We have been given the history by the Otumfuo that the relationship between Asante and the Anlo State, dates back to the 19th century during the reign of the Asantehene Kofi Karikari, when the Asantes, Akwamus and the Anglo stats formed a tripartite alliance."

Dr. Bawumia also commended the Awoamefia, Togbe Sri II, as well as the Chiefs and people of Anlo, for sustaining the Hogbetsotso Festival all these years, urging further that the festival, and other rich culture of the Anlo and others states in the country, should continue to be preserved as a legacy for unborn generations.

The Vice President also used the occasion to address the current high cost of living, resulting from the global economic crisis, assuring that government is doing all it can to resolve the issues.

While commenting on the economy and its challenges, Dr. Bawumia also highlighted the numerous projects, policies and social interventions the NPP Government has been able to deliver in the past six years "notwithstanding the global economic challenges" the government has faced since 2020.