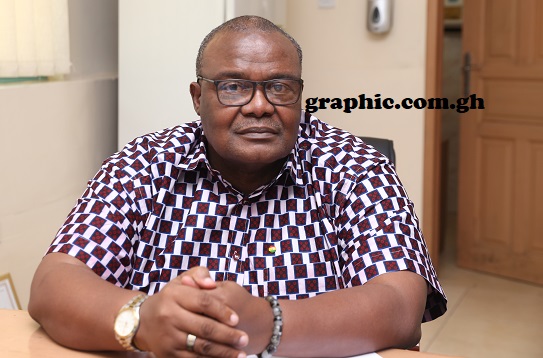 The opposition National Democratic Congress (NDC) has set a provisional date of August 29, 2020, for the launch of the party's manifesto for the 2020 elections.

The Communications Director of the party, Lawyer Kakra Essamuah told GraphicOnline in an exclusive interview that the document contains several policies which will impact the lives of Ghanaians positively.

He said some of the policies which include salaries for assembly members, free primary healthcare and a $10 billion accelerated infrastructural plan had already been made known by the NDC flagbearer John Mahama.

"Ours is provisionally fixed for the 29th of August, it's provisional, it's not something that has been firmed. When it is firmed-up, it would be announced," Lawyer Essamuah said.

He said the party was not engaged in any battle of wills with the New Patriotic Party to see who releases their manifesto first.

"As far as the NDC is concerned, everything that we do is according to our own plan, we are not looking at what the NPP is doing and the reason is very simple, all parties will go to the poll on the same date but we have different plans leading to that date.

He accused the NPP of not coming up with any new ideas on how the country should be run should they be re-elected.

"They (NPP) haven't brought forth any original or new ideas as to what they would do if they are given the chance to lead this country. They and their supporters have now sunk to very dirty campaigning which does not promote democracy and our image as a country that loves democracy".