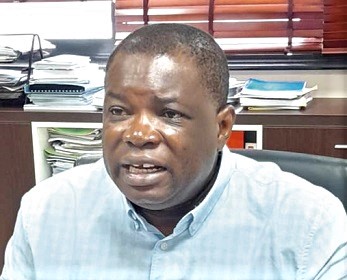 The Ranking Member on Transport in Parliament, Kwame Agbodza, has challenged the Ghana Ports and Harbours Authority (GHPA) to show in what capacity it invested US$33.3 million public funds into a private entity, Ashanti Ports Services Limited (APSL), the concessionaire of the Boankra Integrated Logistics Terminal project.

The National Democratic Congress (NDC) Member of Parliament (MP) for Adaklu seeks to know on what basis the money was paid and the documentation to that effect.

He told a press conference in Parliament that there were laws that governed how a state-owned entity embarked on such activity, including the procurement law which the public must know.

With the move by GPHA sounding quite strange to the MP, he further asked whether it was a board decision or a directive from the Minister of Transport or cabinet.

In finding answers to the question, Mr Agbodza urged the Transport Minister, Kwaku Ofori Asiamah, to take advantage of the relevant Standing Orders to appear before the House and respond appropriately.


He said the minister could either do so through a statement or he could appear before the committee on transport with documentation to set the records straight.

The MP said if the entire project was to cost $330 million, how much did the strategic investor pump into it and at what point did GHPA decide to either partner or become a shareholder.

He indicated that Parliament was not against private partnership but the House would like to know the status of GHPA in the deal because it involved public funds.

Mr Agbodza said his questions were premised on the fact that when the GPHA first appeared before the committee it did not express interest in becoming a shareholder, and wondered what had changed.

According to him, the Boankra project was contingent on the construction of a rail line between Tema and Boankra in the Ashanti Region and since that had not been done, he wondered whether it was still feasible.

"A kilometre of rail line cost about $7 million and considering the fact that Accra to Kumasi alone is about 250 kilometres, the project will need at least $1.5 billion to fix that alone. So has all these been factored into it and how feasible is it?, he asked.

The infrastructure is expected to link the ports of Tema and Takoradi to the inner parts of the country and the landlocked countries of Burkina Faso, Mali and Niger. This is expected to be a free port that would combine unimodal and inter-modal operations aimed at easing congestion at the country's seaport thus facilitating the transit trade from Ghana and the land-locked neighbours.