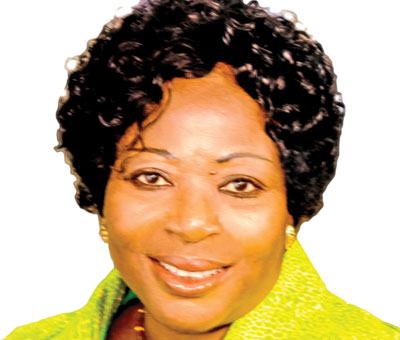 The Member of Parliament for Hohoe, Dr Mrs Bernice Adiku Heloo, has underscored the need for metropolitan, municipal and district Chief executives (MMDCEs) and members of Parliament to work in partnership for progress.

In her view, “it is their collaborative effort that will go a long way to ensure their personal success as well as attain accelerated development goals”.

Dr Heloo, who is also the Deputy Minister for Environment, Science, Technology and Innovation, pointed out that, “even with perceived suspicion and misunderstanding, the MMDCEs and MPs must work together in the interest of their constituencies and districts.”

Sharing her perspective, in an interview on effective local government administration, as well as bridging the development gap, Dr Heloo insisted that it was pointless for friction to exist, saying “ the relationship existing between the MPs and MMDCEs must work not only for the communities in which they serve but their personal benefit as well.

Many a time, Dr Heloo opined that it was the people around the MMDCEs and MPs  who pushed and pulled the two personalities against each other.

Ideally, she said that the working relationship existing between the MMDCEs and the MPs must be one of maturity and cordial.

She said while MPs must have a say in the development aspirations of the constituency or district, it must not be confrontational.

“Nobody has a monopoly over a position and it is, therefore, important to open up to ideas as well as bring many people on board to achieve development targets,” she stated..

For her part, she pledged to always keep the communication gap bridged,  in her constituency.

“So far I have enjoyed goodwill of majority of the people in my constituency and I am relating quiet well with them”, she told the Daily Graphic.

“If you come in very affable, open minded, people will come in naturally to support you to succeed in your work,” she stated.

On how she was combining her roles as an MP and a deputy minister, Dr Heloo explained “I would not say that I am the best candidate out there, but I am here with an open mind, learning quickly to contribute my quota to national development”.

My philosophy is to create opportunities for all, saying, “It is not good for only a few people to have access to opportunity.”

In so doing, she pledged to operate on the principles of inclusiveness, openness and transparency.

She disclosed that she was setting up a community newspaper, purposely for her constituents, to enhance free flow of communication as well as engender development for the people.

I cannot end without thanking my constituents. I know they have hope and trust in me. I think we have taken off on a nice note despite the fact  that we cannot please everybody, she concluded.