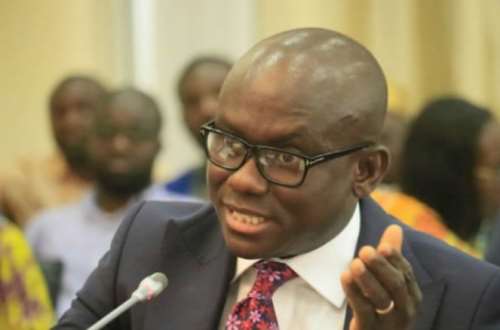 Members of the Minority in Parliament have filed a motion asking the house to pass a vote of censure on Attorney-General and Minister for Justice, Mr. Godfred Yeboah Dame.

A memorandum to the Speaker which was filed Tuesday by Minority Chief Whip Mohammed-Mubarak Muntaka urging the vote, cites two cases againt the Attorney General.

According to the memo, the Attorney General has refused without justifiable basis, to implement a resolution of parliament unanimously passed on 29th October, 2021 asking the General Legal Council to admit into the Ghana School of Law, the 499 students who sat for and passed the entrance examination of the School for the 2021/2022 legal yeor in accordance with the Law School's own published ground rules.

They also accuse him of impugning the image and integrity of Parliament through statements he made but which they say are unbecoming of the holder of the office of Attorney General and Minister of Justice of Ghana.

A parliamentary censure is an expression of strong disapproval or condemnation.