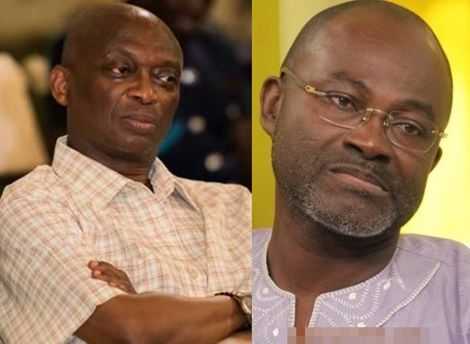 The Editor-in-Chief of the New Crusading Guide newspaper, Abdul Malik Kweku Baako Jnr has won his defamatory suit against businessman and Member of Parliament for Assin Central, Mr Kennedy Agyapong.

On Friday morning - June 26, 2020 - the Accra High Court came out with its verdict and ruled in favour of Mr Baako.

The court has consequently given Mr Kennedy Agyapong 30 days to retract and apologise three times on the platforms he used to defame Kweku Baako.

Mr Baako reacting to the court victory said he was happy he chose to defend his integrity in a court of competent jurisdiction when he thought the Member of Parliament for Assin Central had defamed him.

"I am happy I chose to vindicate my integrity in the appropriate forum, a court of law and not on radio, television or social media, which is also an available option in a democratic space."

"There is no oxygen of life for ugly noises and allegations, borne out allegations in a court of law, there, facts and evidence speak, not ugly noises and malicious allegations...," Mr Baako said in a statement he sent to Kwame Sefa Kayi, which was read on radio - Peace FM's Kookrokoo morning programme.

Mr Baako expressed appreciation to the people who stood with him in the "20 or so months of the ligation. May Allah bless them all, long live Ghana/"