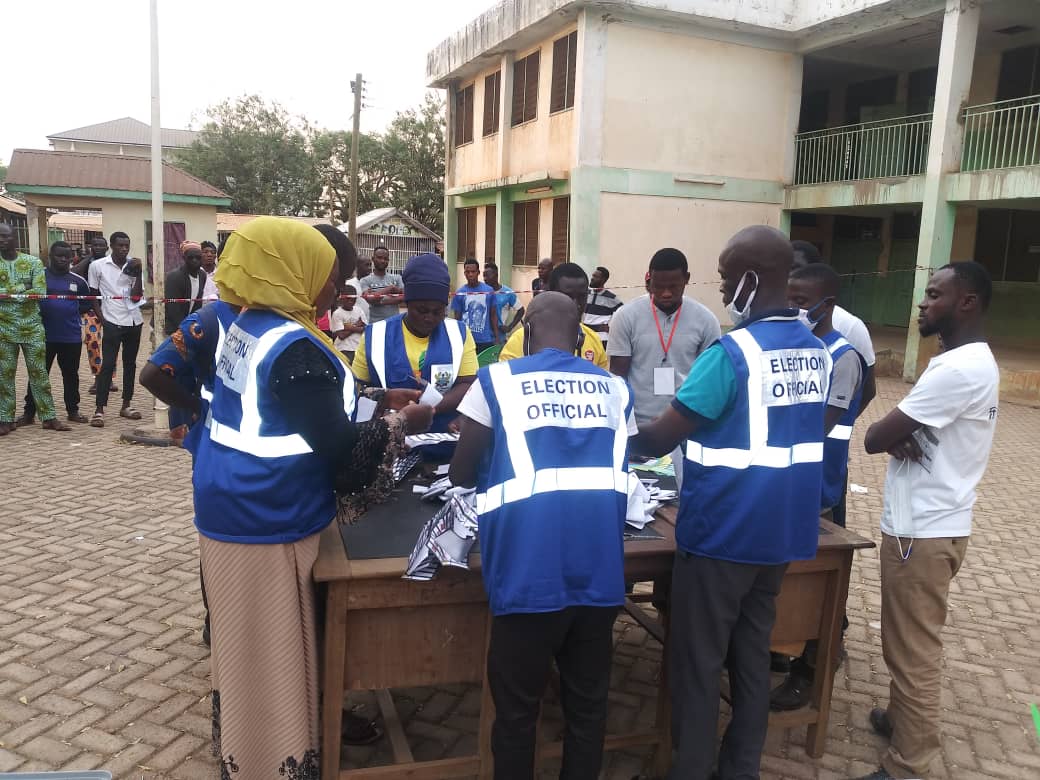 During counting of votes at the Traditional Authority 1B polling station at Nungua in the Krowor constituency, there was a temporal hold up following a disagreement over whether or not a said stained ballot, was to be counted as a "Rejected" ballot.

The ballot paper in question was among that of the NDC's presidential candidate, John Dramani Mahama.

The agents of the NDC argued that the ballot was valid, stressing that the stain was "insignificant" as it did not obstruct the choice made by the voter, reports Graphic Online's Edward Acquah.

The NPP's agents on other the hand counter-argued that the ballot should be rejected "so long as it has been stained."

After about 20 minutes of heated exchanges, a conclusion was made that the said ballot be put aside for a final decision to be made on it at the EC's constituency collating centre after the count.

The counting resumed amid heavy vigilance and security.