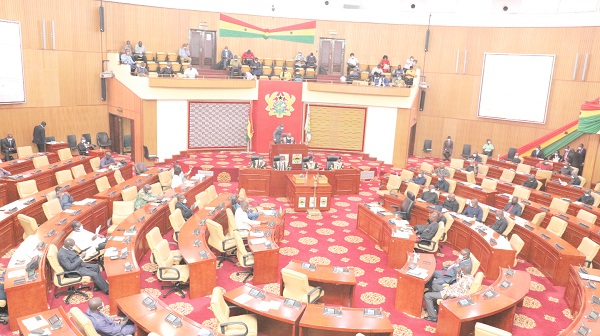 The Majority Leader, Mr Osei Kyei-Mensah-Bonsu, yesterday told Parliament that until the National Democratic Congress (NDC) provided pink sheets to justify its claims that it had won the December 7 presidential and parliamentary elections, it had no basis to declare itself the winners of the elections.

He said since the NDC had so far not produced the pink sheets, it could not make any allusion to the fact that it had won the elections.

“Mr Speaker, a political party that insists that it won the elections must have in its hands pink sheets, but if you do not have the pink sheets and it is now that you have sent emissaries out there to collect and gather pink sheets, on what basis do you declare yourself as winner?” he asked.

Addressing the opening of the 24th Sitting of the Fourth Session of the Seventh Parliament in Accra yesterday, Mr Kyei-Mensah-Bonsu said: “The people who want to stand on the foundation of truth should be equipped with evidence of truthfulness before they make proclamations.”

He was responding to a statement by the Minority Leader, Mr Haruna Iddrisu, to the effect that the NDC still had some doubt about the outcome of the December polls, as declared by the Chairperson of the Electoral Commission (EC), Mrs Jean Mensa.

Expressing concern over some unfortunate incidents that had characterised the polls, Mr Iddrisu had said he had personally been in Techiman and had not been pleased with what he observed.

He told the House that an electoral officer in Techiman could not make available to a political party the results that were declared by the EC.

He said it should not happen in a multi-party constitutional democracy that a returning officer or a district office of the EC could claim that his copy of the declared results of elections got burnt.

“We are still following through, but what is significant is the loss of lives in Techiman, where we had to visit some bereaved families whose members were allegedly shot and killed by some unidentified security operatives.

“That remains a blot on the conscience of our democracy. To choose our leaders, lives should not be lost needlessly,” he said.

The Minority Leader also told the House that there were some constituency results which were being contested across the country.

He said the collation and aggregation of votes, as spelt out by C.I. 127 which was passed by the House, was elaborate, adding that Regulation 43 of the C.I. provided how aggregation and collation was to be done, alleging that what happened in Techiman was contrary to the regulation.

Earlier, the Speaker, Professor Mike Aaron Oquaye, had congratulated members of the House who had sailed through the elections and consoled those who could not make it, wishing them better luck next time.

He urged members to cooperate with one another to ensure a successful end to the Seventh Parliament.

He informed the House that the President would deliver a message on the State of the Nation prior to the dissolution of the House, in fulfilment of Article 67 of the 1992 Constitution.

The House did not record full attendance, as a number of MPs failed to show up.

His absence was as a result of the Speaker’s declaration of the seat vacant, following a request by the NPP to the House.

The MP, who has been re-elected as an independent candidate, was sacked by the party in reaction for his decision to contest the Fomena seat when he lost the party’s primary.

It was also interesting to see how MPs used colours to communicate how they felt after the elections.

While some members from the Majority side were clad in white apparel in celebration of their individual and collective victory for the party, their counterparts in the Minority were in black and red.

The Minority said their outfit was to portray their misgivings over the declaration of the election results by the EC, which they claimed did not reflect the actual numbers collated.