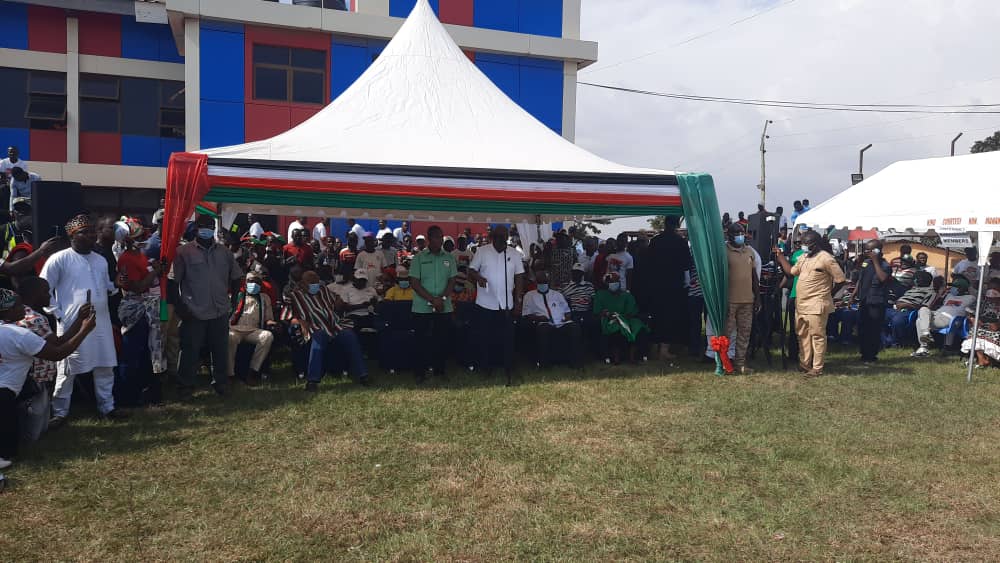 The Presidential Candidate of the National Democratic Congress, (NDC), Mr John Dramani Mahama has promised to reconstruct the Madina market complex and upgrade its status to same level as the Kumasi Central Market which has been expanded to include the Kejetia lorry terminal if elected as President on December 7, 2020.

"If you go to Kumasi you will see that we have constructed a modern market at Kejetia and that is what we intend to do here. We will construct a mini Kejetia at Madina," the former President said.

The former President made the promise when he addressed supporters of his party at a mini rally at the La Nkwantanan park near the Madina Market on day five of his Greater Accra campaign tour on Tuesday.