VIDEO: Why Mahama won't engage celebrities in his campaign 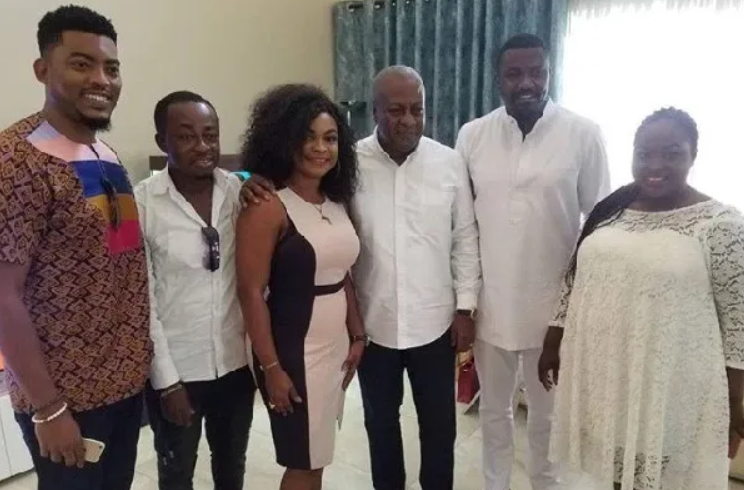 Former President John Mahama has stated that he has made a conscious effort not to involve celebrities in his campaign activities for the 2020 Presidential elections because he does not want to destroy their careers.

The National Democratic Congress (NDC) Presidential candidate said when a celebrity endorses a politician in the country their careers take a hit with Ghanaians refusing to patronise them after the elections.

According to him, such celebrities face hostility from opposing party members after endorsing a particular candidate.

"In Ghana, when a musician makes music for a political party, then he comes against quite a lot of antipathy from the supporters of the other party and that shouldn’t be the case but unfortunately that is what happens," Mr Mahama said in an interview with Accra-based Starr FM.

"In this particular campaign, I have tried to discourage as much as possible, getting celebrities involved in our campaign because it leads to a destruction of their careers. If you notice, I haven’t gone around with celebrities and musicians because our politics does not understand those things".

He also added that he holds no grudges against musicians Sarkodie and Samini for endorsing the re-election bid of the incumbent President Akufo-Addo.

"I don't have any antipathy or anger with anybody who endorses Nana Addo, that is their decision. I like them (Sarkodie and Samini), they are young talented musicians and my attitude towards them hasn't changed... If he's (Samini) Nana Addo he must have his reasons for doing that, it doesn't change my attitude towards him".

It will be recalled that in 2016, Mr Mahama received the backing of over a dozen celebrities for the 2016 polls.