Joe Wise to Bagbin: ‘Have courage to accept that others may have different views from yours’ 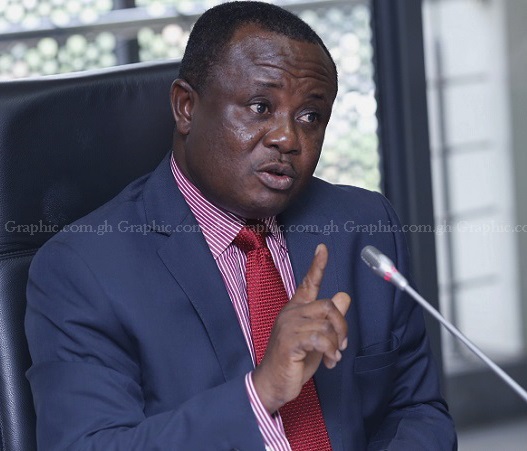 The First Deputy Speaker of Parliament, Mr Joseph Osei-Owusu, has called on the Speaker, Mr Alban Sumana Kingsford Bagbin, to have the courage to accept that others may hold a different view from his own even, if they are subordinate to him.

He said holding a different view on issues from the Speaker should not be new to him and be considered as a conduct tantamount to insubordination.

In his view, the Speaker’s consideration of some of the ruling of his subordinate on some matters before the House as “offensive, illegal or unconstitutional” was dangerous approach to democracy.

“Since becoming the Speaker however, Right Hon. Bagbin appears to think that holding a different view from himself is unbecoming and insubordinate of a Deputy Speaker,” he said.

I’ve shied away from disagreement

In a statement in response to the Speaker’s communication to the House on the First Deputy Speaker’s dismissal of a motion calling for a probe into COVID-19 expenditures by the government in 2020 on February 22, 2022, Mr Osei-Owusu “I have never shied away from showing my disagreement with Mr Speaker if need be; in my view, that is what democracy is about and that is what it ought to be.

He therefore considered the Speaker’s last description of “my ruling as illegal, unconstitutional and offensive is most unfortunate and epitome of intolerance of differing views.

“I would like to place on record that the Speaker, a Deputy speaker or a member presiding, exercises the same powers and applies the same Standing Orders and constitutional provisions to manage the House whiles on the chair. It is not the case of the President and his Vice, as Mr Speaker suggests.

“As many times as I have the opportunity to preside, I will apply the Standing Orders and relevant constitutional provisions as I understand them and if need be, be guided by precedent. I have never entertained any application for a review of a ruling of Rt. Hon. Speaker and I will never do so,” he stated.

The First Deputy Speaker recalled that on Wednesday, February 23, 2022, the Speaker once again issued one such formal communication to the House, purporting to comment on the "error" which, in his view, he (Mr Osei-Owusu) committed.

He said Mr Bagbin cited him for permitting the Deputy Majority Leader, Mr Alexander Afenyo-Markin, to raise a preliminary objection to a motion the Speaker had earlier admitted and which was advertised on the Order Paper for February 23, 2022.

“I have read that Mr Speaker said that he had directed and actually instructed me to allow the Deputy Majority Leader to move his motion before it was seconded. While I do not doubt Mr Speaker’s statement, I must confess that I heard otherwise and I indeed so ruled, and stated that the objection be moved after secondment.

“The Hansard will bear me out that I stated clearly that Mr Speaker said the motion or the preliminary objection be moved after secondment,” he said.

The Bekwai MP admitted if that was an error, it was an error he shared with the Minority which also confirmed what he thought he heard the Speaker say.

He expressed displeasure that considered his purported miscommunication or misapprehension of his (Speaker) order rather as “the penchant of the honourable First Deputy Speaker to overrule my rulings is to say the least, unconstitutional, illegal and offensive.”

“This is where I find Mr Speaker’s communication to the House most unfair and totally un-reflective of my conduct as the First Deputy Speaker in the Seventh and Eighth Parliament,” he said.

Mr Osei-Owusu recalled how the Speaker proceeded to cite as an example his (First Deputy Speaker) ruling on the motion by the Majority to declare the purported vote to reject the 2022 budget by 137 of the 275 Member House of Parliament as falling short of the number required to take a decision and therefore unconstitutional, null and void.

“In fact, in his statement from the Chair, subsequent to that ruling, he described my conduct as tantamount to in-subordination.

“On that occasion I characteristically elected not to comment on Mr Speaker's statement in public in order not to create the impression that there's tension between him and his deputy,” he said. 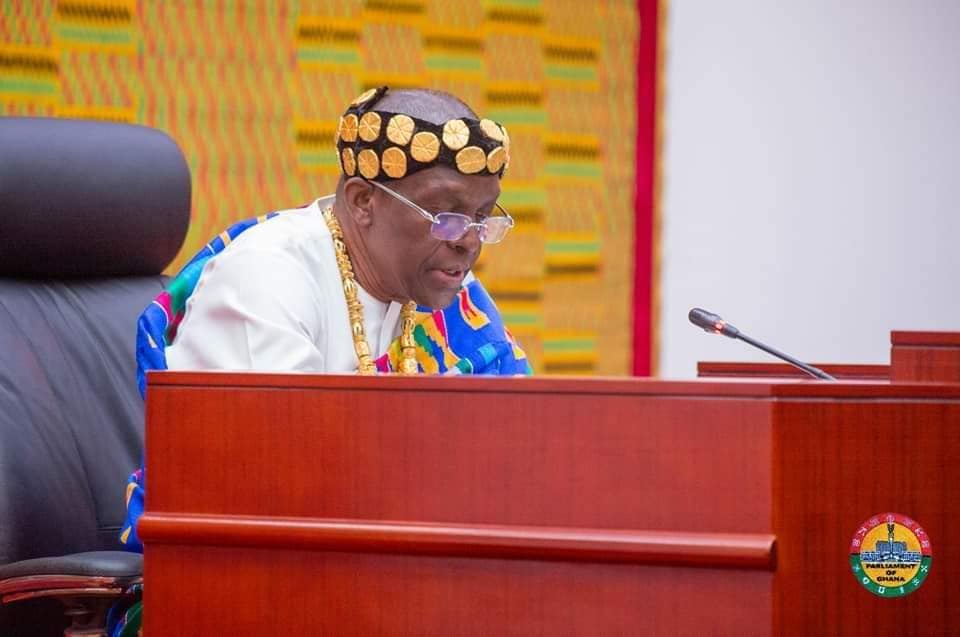 He noted that there was however no doubt that the Speaker contravened Order 109(1) of the Standing Orders and more importantly Art 104(1) of the 1992 Constitution when he put the question on the motion to approve or reject the budget when the record showed that there were less than half of all members of Parliament in the chamber.

“The purported decision of the House was a nullity and I rightly so declared it,” he said.

He argued that admission of a motion by the Speaker was an administrative exercise and once the Speaker admitted a motion and forwarded it through the process to the Business Committee and same was programmed and advertised on the Order Paper that marked the end of that process.

“The admission of the motion is complete, a fais accompli,” he said, and pointed out that he could not by any stretch of imagination, see how such admission of motion could be called a ruling of Mr Speaker and “how I can overturn any such ruling”.

He said he held the view, however, that once the motion had been advertised on the Order Paper and placed before the House, a member of the House was entitled to raise an objection to question its legality or otherwise.

He argued that when any such objection was raised and was argued, as was the case on Tuesday, February 22, 2022, the presiding officer be it the Speaker himself, any of his deputies or a member elected to preside, that presiding officer was duty bound to make a ruling after that objection had been argued.

“On February 22, when Mr Speaker invited me to take the chair, he Mr Speaker had already admitted the motion to raise the preliminary objection and had indeed directed when that motion should be taken.

“After I heard arguments from the proponents of the motion and adversaries, I was convinced that the objection was well placed and I therefore sustained it. It was never a review of any decision earlier taken by Mr Speaker to admit the motion to set up a special committee, as he seems to suggest in his formal communication,” he said.

He said he relied on Order 191 of the Standing Orders in coming to the decision he arrived at and that he was still convinced that the Public Accounts Committee of Parliament had the mandate and character as the committee sought to be set up by the motion earlier admitted by Mr Speaker.

“To say that my ruling is offensive, illegal or unconstitutional because he would have ruled differently is, in my view, a rather dangerous approach to democracy,” he said.

Below is a copy of Mr Joe Osei Owusu's statement