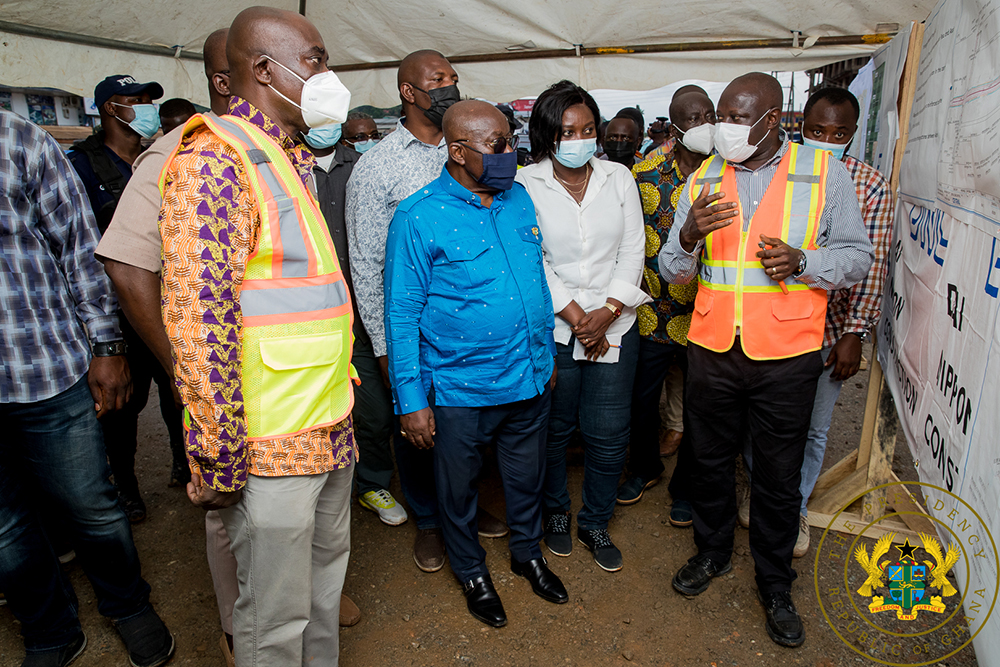 President Nana Addo Dankwa Akufo-Addo has given the assurance that in spite of the insulting criticisms constantly hurled at the government for its works, the impact of the many flagship projects initiated by the government was evident for all to see.

He said he would continuously ignore such insults from dissenting parties and concentrate on building a prosperous economy for Ghanaians before he exits office.

President Akufo-Addo said this when he addressed a mini durbar organised at the ongoing Results Fair grounds at Assin Bereku in the Assin North District as part of his tour of the Central Region last Monday.

"We have been insulted constantly by people on the other side without they offering alternatives to what we are doing," he stated, adding that though managing the country had not been easy, the New Patriotic Party (NPP) government had worked conscientiously to better the lot of the people.

"It is obvious that majority of Ghanaians are appreciative of the policies and programmes undertaken by the government to better lives," the President added and said the NPP government would make a meaningful socio-economic impact on Ghanaians before his tenure ended.

Inspection President Akufo-Addo, as part of the tour, inspected ongoing works on the construction of the 31.2-kilometre Assin Praso-Assin Fosu Road, which is part of the project for the rehabilitation of the National Trunk Road.

The project, estimated at a cost of $50 million, is being funded by a grant from the government of Japan and involves the rehabilitation of the 31.2km road between Assin Fosu and Assin Praso.

The President said the Ministry of Roads and Transport would work to ensure that all contractors who had abandoned projects returned to complete the projects.

He thanked the people of Assin and the entire Central Region for their show of support for him in the last general election and urged them to continue to support him and his government to enable him to make the desired impact.

The Omanhen of Assin Bereku, Nana Oduro Basa-Yiadom, for his part, called for the creation of jobs with the government’s One District One Factory 1D 1F to absorb the many unemployed youth to reduce vices in the communities.

Nana Basa-Yiadom also called for the construction of a police station and an increased police presence to replace an old dilapidated rented facility which served as a police station for the area to improve security in the communities.

The acting President of the Assin Afutuakwa Traditional Council, Nana Afransie IV, also thanked the President for the Nurses and Midwifery Training College for the area and also for the implementation of the Free Senior High School (FSHS) policy.

The chiefs of the area appealed for vehicles for all senior high schools in the area as well as the traditional councils. They also called for the completion of a number of uncompleted infrastructure in the various SHSs.