I won’t respond to a nonentity – PC replies Tarzan 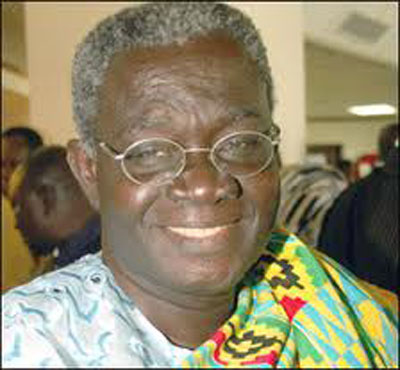 Maverick politician and anti-corruption crusader, Paul Collins Appiah-Ofori maintains Dr. Mahamudu Bawumia, key witness and co-petitioner in the election petition challenging the verdict of the 2012 presidential polls has been fantastic as a witness.

In his view Dr. Bawumia, vice presidential candidate of the New Patriotic Party (NPP) deftly represented the petitioners’ cause at the Supreme Court when he appeared as the star witness for the prosecution of the petitioners’ case.

He was speaking to Radio Gold on criticisms by a founding member of the NPP, Dr. Charles Wereko-Brobby that Bawumia performed poorly in the witness box and that the party would have been better off with a witness more conversant with elections in the country.

But PC, who had heaped praises on Dr. Bawumia for performing ‘excellently’ when the latter brought his evidence-in- chief to a close, said while he would not respond to the whining of “a nonentity”, he had no cause whatsoever to change his views about Bawumia.

Dr. Wereko-Brobby himself on Thursday while commenting on a statement he issued virtually slamming the door on any chances of the election petition succeeding in court, had declined an invitation on Asempa FM to comment on PC Appiah-Ofori’s verdict on Bawumia’s performance, saying that he could not possibly be drawn into a debate with someone who shamelessly goes public with issues involving his wife.