An aspirant for the position of National Nasara Coordinator of the New Patriotic Party (NPP), Haruna Maiga, has pledged to deliver the votes of members of the Zongo communities in the 2024 elections.

He noted that despite of some significant social interventions, the NPP governments of former President John Agyekum Kufuor and President Nana Addo Dankwa Akufo-Addo, the party had received very little support from the Zongo communities.

He mentioned some of the interventions as the Zongo Development Fund, astroturfs, drainage systems and scholarships.

“l am sad to state that the Zongos are still far away from returning the favour extended in terms of votes for the NPP, as shown in the 2020 elections results,” he said

Mr Maiga stated this when he addressed a press conference in Accra on May 17, 2022, to declare his intention to contest for the position of National Nasara Co-ordinator. 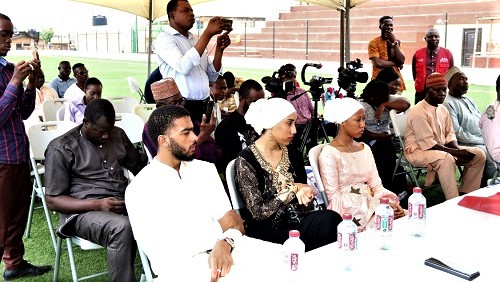 He, therefore, promised to be a worthy representative and a driver of development and change in the communities and a champion of the youth, saying that the time had come for political parties to take serious interest in the welfare of their members.

“For this reason, I am strongly advocating the establishment of business development desks at all regional branches of the party to provide business skill training, entrepreneurship development and financial support to empower the grassroots, especially constituency Nasara Coordinators, to earn a decent living while they help in the consolidation and mobilisation of support for the NPP during their term of serving the party,” Mr Maiga explained.

Mr Maiga said it should be the collective goal of all executives of the party to ensure that President Akufo-Addo handed over the mantle of power to a successor in the NPP.

“To achieve this, we need to close our ranks and forge ahead in unity, devoid of squabbles, rancour and bitterness harboured within us after internal electoral processes,” he stated.