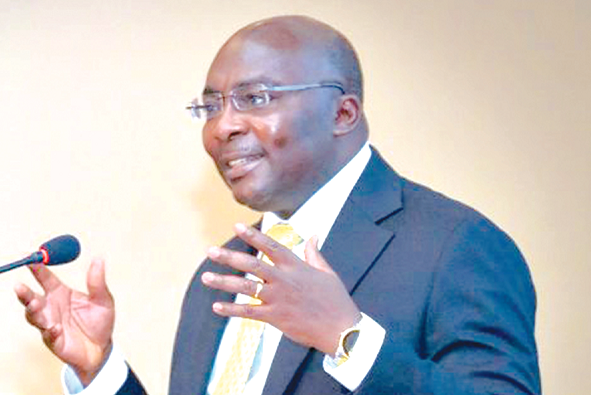 The Vice-President, Dr Mahamudu Bawumia, has given an assurance that the government will overcome the economic challenges brought about by the COVID-19 pandemic on all world economies.

He said the government had a track record for fixing problems and so it was on course to tackle the problems posed by the disease.

“The remarkable track record of the Akufo-Addo government in fixing problems means the government is on course to tackle economic challenges brought about by the effects of the coronavirus on world economies.

The Vice-President who posted this on his Facebook wall yesterday in an apparent response to calls by Ghanaians to the government to fix the country, shared in the concerns raised by the people and gave an assurance that government was committed to solving those problems.

“Prices of commodities such as oil have shot up dramatically worldwide, and in Ghana, a section of the population has also been lamenting the sudden price hikes in cement and iron rods, which industry players explain is due to international effects of the pandemic.”

“The COVID-19 pandemic has slowed down the global economy and caused increases in prices of commodities such as oil, cement and iron rods and overall cost of shipping,” he said, while giving the assurance that the government was working assiduously to solve the problems.

Dr Bawumia said the job of  government had been to fix problems and that was exactly what it had been doing since 2017. The Vice-President further listed a number of problems the Akufo-Addo-led government had fixed in the last four years of its first term which he said included positive economic indicators, social interventions, job creation, improved agriculture, critical infrastructure development as well as digitisation.

He, however, said “it is very important to place the performance of our government over the last four years after inheriting an economy with “no meat on the bone” on record,” adding that “ ours is a government that listens and cares and the facts and data speak for themselves.”

Last Monday, some Ghanaians took to social media particularly Twitter to vent their frustrations on the government after it introduced a number of taxes and increased the prices of petroleum products.

This led to further heated discussions on the matter throughout the week, compelling the government to reduce the price of petrol by nine pesewas.

That notwithstanding, there were calls for further civil action such as demonstrations and petitioning of President Akufo-Addo to send a signal to the government about the current hardship Ghanaians were experiencing in the country.