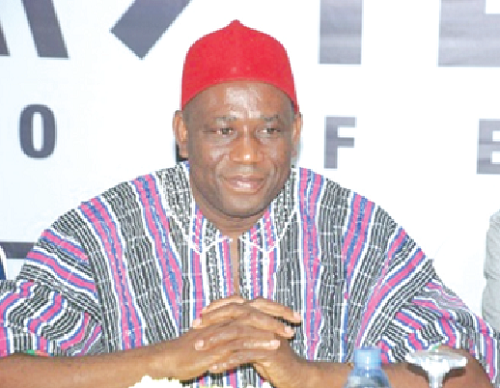 He has, therefore, pleaded with all stakeholders to cooperate with the government and the contractors to ensure the smooth implementation of the project to enable traders to return to the market to conduct their businesses.

Mr Ntim stated these during a tour of the project site to inspect the progress of work.

He also visited the Racecourse market redevelopment project and interacted with workers and the traders of some markets in the Kumasi metropolis.

The Deputy Minister commended the contractors of the project Messrs Contracta Engenharia Construction Limited for the excellent work and the speed at which the Phase two project was moving and said it was an indication of their determination to complete the project on time.

He also commended the Ashanti Regional Minister, Mr Simon Osei Mensah, and the Kumasi Metropolitan Chief Executive (MCE), Mr Osei Assibey Antwi, for their impressive actions towards the project and said the government was keen to ensure the early completion of the two projects to bring sanity to the Kumasi central business district.

According to Mr Ntim the government was committed to ensuring speedy development of the nation, hence, the need for everyone to exercise restraint.

Mr Assibey Antwi, on his part, said discussions were ongoing with key stakeholders to peacefully resettle all displaced traders at the new racecourse market.

He advised the traders to cooperate with the city authorities since every step they planned was meant to improve the safety and security of traders and consumers.

The Kumasi MCE said allowing traders to receive and sell their merchandise, and customers to access the market in a safer and more organised manner was the priority of the government.

The Consultant for the Contracta Engenharia Construction Limited, Mr. Emmanuel Danso, also called for maximum cooperation from all stakeholders to ensure early and successful completion of the project.

He said the construction firm was poised to deliver excellent work for the people of Kumasi, Ashanti, and Ghana as a whole to improve the socio-economic conditions of the people.