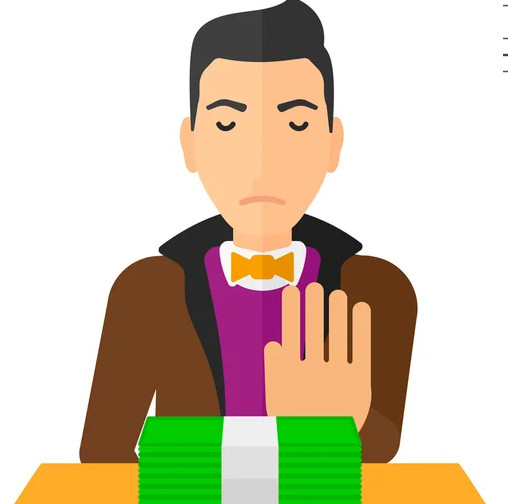 Respect your efforts, respect yourself. Self-respect leads to self-discipline. When you have both firmly under your belt, that’s real power. — Clint Eastwood.

Several attempts to address the menace of corruption in Ghana have been made with less success. This is so because even though people are being caught and sanctioned for engaging in the act
every now and then, the phenomenon is worsening daily with more people engaging fearlessly in it.

Laws have been promulgated, committees and coalitions have been formed, and special offices have been established to combat corruption, but to no avail.

This article proposes that while implementing the checks and balances instituted to fight the phenomenon, a thought should be given to types of civic education where emphasis is laid on invigorating/inculcating the virtue of respect in people.

The question this article seeks to address is: of what importance is the virtue of respect in the fight against corruption?

Respect is an important virtue that is learned and with practice, it forms the core of one’s being. It shapes an individual into becoming a responsible citizen who seeks the welfare of all.
It makes people thrive, especially in situations where they feel respected and fairly treated. Its importance cannot be overemphasised because it reduces discrimination, nepotism, tribalism and ethnocentrism.

In addition, it keeps people disciplined enough to make ethical decisions concerning how to earn genuine income, as well as make judicious use of resources entrusted to them.

Respectful individuals relate well with people regardless of who they are and appreciate others’ point of view even when they have contrary views. They avoid being judgmental, but at the same time, are honest in their dealings with people.

They foster unity and cohesion in society, and are safe to be with, because they show concern about the welfare of others. They think before communicating with people using the right choice of words with concrete evidence to ensure they do so effectively.

Respectful people do not extort money from others before rendering services they are already paid for. They are not greedy, selfish, and do not seek self-aggrandisement, which often leads to pride. Rather, they are humble, polite, thoughtful, and civil, always seeking the common good.

A critical analysis of conversations of a cross section of the Ghanaian populace in lecture halls, homes, gatherings of all sorts and on radio and television stations mostly concerning the performance of people in authority, the elderly in society, colleagues, subordinates among others show a rapid decline in respect accorded to people in the Ghanaian society.
Generally, the Ghanaian culture places a high premium on respect for authority, titles and the elderly/aged. As a result, one is polite when addressing such people even if what is being said is a rebuke.

Unfortunately, the past four decades have witnessed negative changes in communication due to the acculturation of western cultures. Disrespect has become the order of the day, with democracy and freedom of expression making the situation difficult to control. People use coarse and harsh words on those in authority without guilt.

This article is not against constructively criticising people in authority for their corrupt acts but emphasises the need to do so with decorum and respect to the extent that the guilty will be embarrassed and make efforts to change, rather than project and defend him/herself.

Self-discipline and self-respect are no more virtues with premium placement in decision making, unlike in the recent past. More attention is paid to quick money making rather than employing virtues that promote ethical ways of living.

To this end, people are becoming greedier, motivating fraudsters to continue duping the vulnerable in society to the extent that even the knowledgeable have become their prey. Such people are engrossed in meeting their selfish needs; thus, contributing to the growth of corruption.

Disrespect for others creates environments where people feel miserable and unhappy. Conflict situations increase, making the world a less peaceful place to live in. When respect declines in a nation, more room is created for the wrong people to possess power they do not deserve and are unable to handle. Clint Eastwood said it all by emphasising the need for people to respect their efforts and respect themselves. Because “self-respect leads to self-discipline. When you have both firmly under your belt, that’s real power.” This is a message to all who strive to have power to govern or lead others.

In conclusion, the war against corruption can be won if we intensify civic education on respect, ensuring people learn to respect each other. Treating others the way we want to be treated is the golden rule in this perspective. Being courteous in communicating with one another and showing respect even in situations that involve reproach may contribute to winning the war against corruption.

The writer is a Lecturer at Asheshi,University, Accra