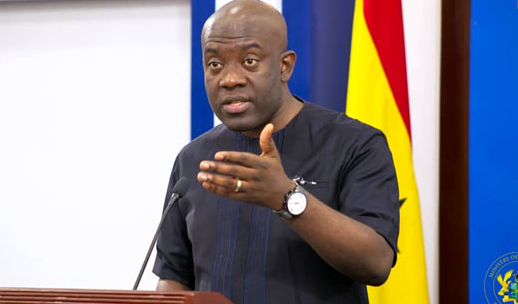 The Minister of Information, Kojo Oppong Nkrumah says the concerns raised by the National Democratic Congress during the ‘March for justice’ protest were already being addressed by the government.

The Youth Wing of the NDC hit the street of Accra on Tuesday, July 6, 2021, to protest what they say is injustice in Ghana under the watch of President Nana Addo Dankwa Akufo-Addo.

The protest started from the Accra Mall area at Tetteh Quarshie interchange and ended at the Parliament house.

They submitted a petition to the presidency as well as the leadership of parliament.

Speaking on Accra-based Radio station Citi FM Tuesday evening on the protest, the minister said “The substance of the issues they raised, economic hardships, security challenges, among others, are things that the government has already been speaking about”.”

He explained that “If you take economic challenges, in March 2020, the President forewarned us that despite the growth and gradual improvement that we were seeing, we were going to sacrifice some things to protect lives and livelihoods because we know how to bring the economy back to life, but we do not know how to bring people back to life.”

He said the Akufo-Addo led government has already put in place measures to revive Ghana’s economy.

“We literally had to throw away all the gains we made three years into our first term to protect lives. Today, it has come to the point Osei-Kyei-Mensah-Bonsu foretold when reading the budget in Parliament that we are going to go through a difficult phase of recovery. Things are not the same as they were, not just in Ghana, but around the world. We have already put in place measures to revive the economy,” he defended.

Hundreds of Supporters of the NDC joined the march to call on the government to fix several issues in the country, including an end to the brutalization of citizens by security agencies.

Touching on the growing concerns of insecurity in the country, Mr. Oppong Nkrumah said the government has launched a National Security Strategy which seeks to address such concerns.

“Those who are tagging the phenomenon of excesses of security as new are not being truthful. What is the government doing about it? We have launched investigations and are looking at getting the report and recommendations to nip the phenomenon in the bud,” he added.