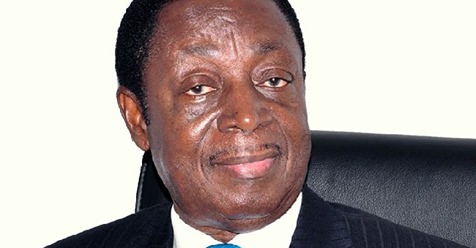 An aspiring flag bearer of the National Democratic Congress (NDC) for the 2024 polls, Dr Kwabena Duffuor, has congratulated the newly elected National Chairman of the NDC, Johnson Asiedu-Nketiah for winning the keenly contested election.

He also congratulated newly elected General Secretary, Fifi Fiavi Kwetey; National Organiser, Joseph Yamin, and the other national officers elected to steer the affairs of the party for the next four years.

The NDC had its national delegates congress in Accra last Saturday.

At the congress, Mr Asiedu-Nketiah, who had served the party as General Secretary for the past 17 years, dethroned the incumbent, Samuel Ofosu Ampofo.

Briefing journalists yesterday, shortly after the national elections contest, Dr Duffuor asked party members and supporters to, at all times, close their ranks and work hard for the victory of the party in 2024.

He congratulated all winners of the contest and urged the newly elected national executives to work in the interest of the party.

The former Governor of the Bank of Ghana had indicated his commitment and readiness to work with the newly elected national executives to bring back the NDC to power in the 2024 general election.

The return of NDC to power, Dr Duffuor said, would help reduce the economic hardship Ghanaians were currently going through in the country.

He also appealed to the winners to bring on board the defeated aspirants in their quest to secure victory for the party, come December 7, 2024.

Dr Duffuor also advised all those who lost the elections to avail themselves whenever they are called upon to work in the best interest of the party for victory in 2024.

The former Minister of Finance lauded the Electoral Commission (EC) and the party's rank and file successful national delegates congress.

He singled out winners of the branch elections in the UK and Ireland chapters of the party for special congratulations.

He appealed to them to unite and collectively work together for the success of the party ahead of the 2024 general election.