Decision to fire ministers depends on my judgement 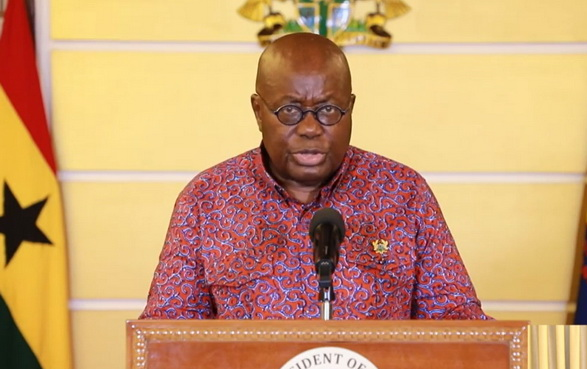 The President, Nana Addo Dankwa Akufo-Addo, has said he would not rely solely on public opinion to sack his ministers.

He said while he listened to public opinion, which was crucial in a democracy, the decision to fire or not to fire someone was his to make.

He said his ministers were assessed on a daily basis and when he was satisfied that someone was not working hard enough, he would act on it.

“If I am satisfied that the output is still strong, I know what to do,” he stated , adding that at the end of the day, he had to make the judgement whether or not one should stay on or go.

He said this in particular reference to the Minister of Finance, Ken Ofori-Atta, whom people had continuously called for his dismissal.

The President said Mr Ofori-Atta was the same person who took the country out from the IMF programme and worked to push the economy from the 3.4 per cent Gross Domestic Product (GDP) growth to about seven per cent.

The President made the remarks in a radio interview on Obaatampa FM at Kasoa, as part of his working visit to the Central Region and monitored by the Daily Graphic.

He said it was worrying that people had forgotten Mr Ofori-Atta’s efforts due to the economic challenges the country was going through.

The President said he believed Mr Ofori-Atta had the same determination to bring the economy back on track.

He said Ghana was certain to come out of its economic crisis.

President Akufo-Addo said his government took over an economy in crisis and managed to double its GDP growth from 3.4 per cent to about seven per cent and repositioned the economy to one of the fastest growing one.

He said it was unfortunate that the COVID pandemic and the Russia-Ukraine war had disrupted not only the Ghanaian economy but the world economy.

He noted for instance that in November last year,the government budgeted realistically with estimates of $64 a barrel for crude oil.

This year, he noted, the price of crude had been over $100 a barrel, while freight rates had shot up significantly affecting badly the economy, which also depended heavily on imports.

He noted that the issue was not the difficulties but how to get out of them, adding that he was determined that by the time he leaves office, the economy would be back on track, saying it was the only way he could help his party to break the eight.

He thanked the people of the Central Region for their support for the party, saying the New Patriotic Party is the party capable of bringing accelerated development to the region and the country as a whole.