Stop pricing in dollars to save Cedi - Ayariga urges govt 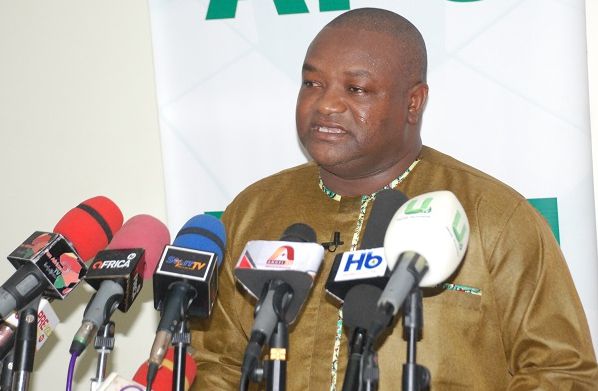 Businessman and politician, Hassan Ayariga, has urged the government to stop businesses and individuals from pricing their goods and services in foreign currencies.

These measures, he said, were needed to protect the cedi as the only medium of exchange in the economy.

It will also help preserve the value of the local currency and reduce the rate at which it depreciates against other currencies.

“Why do we have to trade in and buy property in dollars when we are not a dollar nation?” Mr Ayagira, who is the founder of the All People’s Congress (APC), queried.

Speaking to the press during his 50th birthday celebration in Accra last Sunday (Sept 4), Mr Ayariga also urged the Bank of Ghana not to allow forex bureaux operating in the country to dictate to it how much the dollar should be sold daily.

The all-white outfit event, which was held at his Trassaco Valley residence, attracted a large gathering of people from all walks of life, including the Chief of Staff, Akosua Frema Osei-Opare; the Inspector-General of Ghana, Dr George Akuffo Dampare, and the General Secretary of the National Democratic Congress (NDC), Johnson Asiedu Nketia.

Others were a former presidential candidate of the Convention People’s Party, Ivor Greenstreet; a former Minister of Youth and Sports, Elvis Afriyie Ankrah, a representative of former President John Agyekum Kufuor, his family members, friends as well as celebrities.

Mr Ayariga said given the current challenges facing the government, Ghanaians needed what he called “an inclusive leadership” that would bring the people together to collectively move the development of the country forward.

That, he believed, would encourage Ghanaians to offer their diverse ideas and opinions to help the government come up with good and binding policies and programmes.