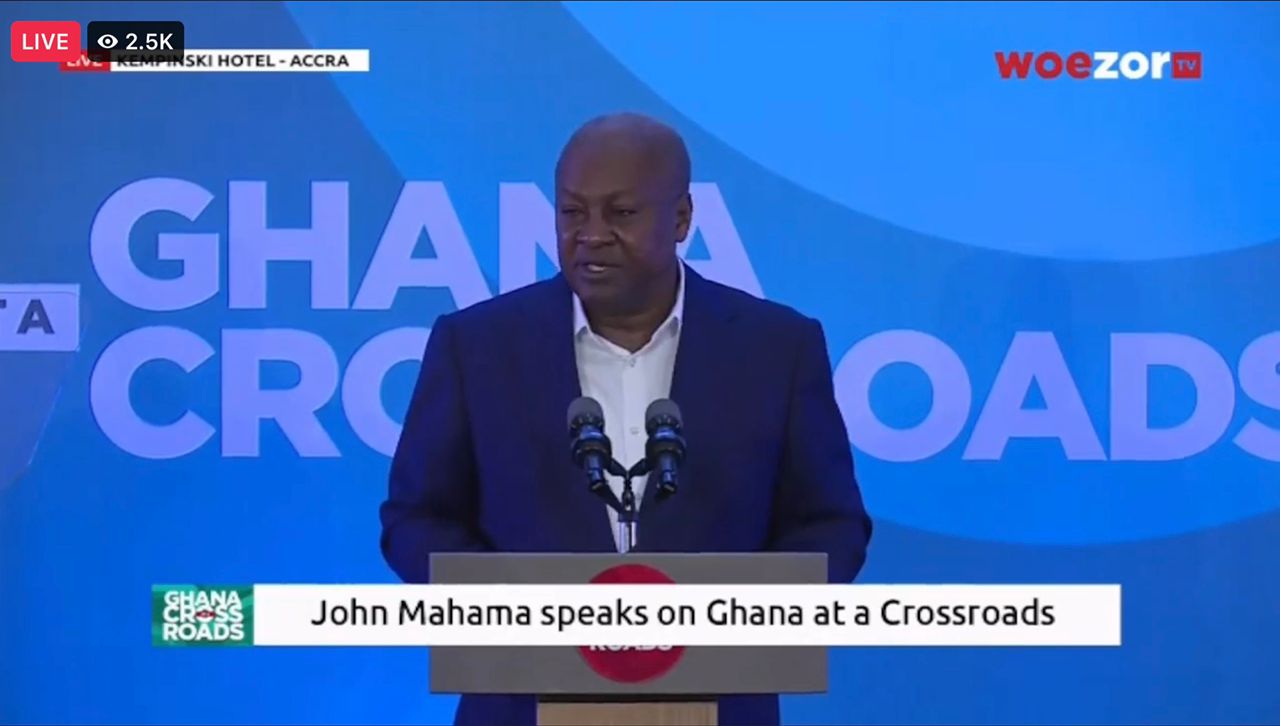 Former President John Dramani Mahama Monday night delivered a lecture on the topic: "Ghana at a crossroads," from the Kempinski Hotel in Accra.

He argued that Ghana needs a leadership that listens and therefore called on the government to do a cabinet reshuffle among other proposals he thinks the government ought to do to help build a genuine consensus on nation building.

The lecture, publicized as a “state of the nation” address by the former President, described Ghana as being at a “crossroads, and need to move in the right direction", which requires a leadership that is attentive to the needs of the citizenry and acts according to law to ensure that these needs are catered for.

The lecture, was attended by top functionaries of the opposition National Democratic Congress (NDC).

The former President teased out what he said were various challenges be-devilling the country and provided solutions he said if the government takes into consideration will help change the state of the country.

Read also: An NDC gov't in 2025 will repeal 'distortionary' and 'burdensome' e-levy - Mahama

Below is a video of the address

A nation at the crossroads

"Countrymen and women, Ghana our dear nation is at a Crossroads, and we must tarry a while and reflect deeply on the road that we must take. The wrong choice leads us down an easy path of chaos and destruction. The right choice would lead us up a path of prosperity and dignity, but with hard work and sacrifice.

"My countrymen and women, I can assure you that as our forebears did in the past, if we come together – united as one – there is no task that will be insurmountable.

"The future is bright if we rebuff those who seek to divide us for their personal gain, and if we open the opportunities of our country to all our citizens irrespective of ethnicity, political affiliation, age or gender.

"Thirty years have passed since President Jerry John Rawlings of blessed memory, appended his signature to the newly drafted Constitution of 1992, which made an irrevocable commitment to a return to democratic rule and constitutional governance.

Since the first elections were held under the fourth republic some thirty years ago, there have been three changes in governments.

Each of these changes has been heralded by expectations of better governance leading to tangible improvements in the socio-economic conditions of our people.

The NPP government came into office in January 2017 on the back of mouthwatering promises of almost instant transformation of our country amid countless slogans.

President Akufo-Addo did promise to change Ghana in eighteen (18) months if voted for. Yes, he promised to turnaround the fortunes of Ghana and create opportunities for all and take care of everyone in 18 months. A significant number of our citizens associated the promises with good and noble intentions. In return, and despite our best efforts, the Ghanaian people offered the NPP a clear mandate to steer the affairs of our dear country.

An assessment of our current conditions shows that what is happening now bears very little or no resemblance to what was promised.

There is a sharp disparity between promise and practice. Today, most Ghanaians feel they were hoodwinked, and this is manifesting in their personal livelihood and their daily struggles. Perhaps, the most defining challenge of our time is making the economy work for everybody.

Over the last several months, our political space and societal reaction has been dominated by discussions on the challenges with introducing more taxation.

These conversations have been against the backdrop of unparalleled cronyism and nepotism, breaches of the basic tenets of conflict of interest, transparency and accountable governance, and misplaced spending priorities by the President and his inner circle. On top of these is the subjugation of independent constitutional bodies to the whims and caprices of the President and his cronies.

The painful epiphany is that in Ghana today, the frustrations of the Ghanaian people are at an all-time high. We are well and truly at a crossroads!

A crossroads that is acutely complicated by the doubt and the fear experienced by the next generations, that they face a future that carries no expectation of success in their lives. For most Ghanaians, the feeling of despondency and hopelessness is real and  personal.

It is exacerbated by a dangerous trend of growing inequality and lack of upward social and economic mobility in addition to a calculated effort at constraining social justice. Interestingly, the condescending responses from government officials to public complaints have often accentuated the frustration and anger of the people.

A government bereft of ideas has resorted to incarceration of critical voices, name calling of the citizens, and unfair categorisation of the labour force and huge numbers of unemployed youth as lazy and underserving.

Worse of all, the government has been using chaotic shouts and insincere technical analysis laden with dubious comparisons and outright untruths to manage the narratives. Another worrying trend is the bastardisation of independent constitutional bodies, obfuscating their objectivity and introducing deliberate constraints on their ability to act independently and in accordance with their mandate.

This deliberate strategy has resulted in heavily politically coloured and conflicted persons assuming positions within such institutions, alongside the swift dismissal of persons who have dared to act in an independent and fair manner. The Domelevo’s of our time. The cumulative effect of these travesties on this crossroads that Ghana has reached, is unparalleled shambolism and lack of substantive accountability in the management of national affairs.

Below is a copy of the full address 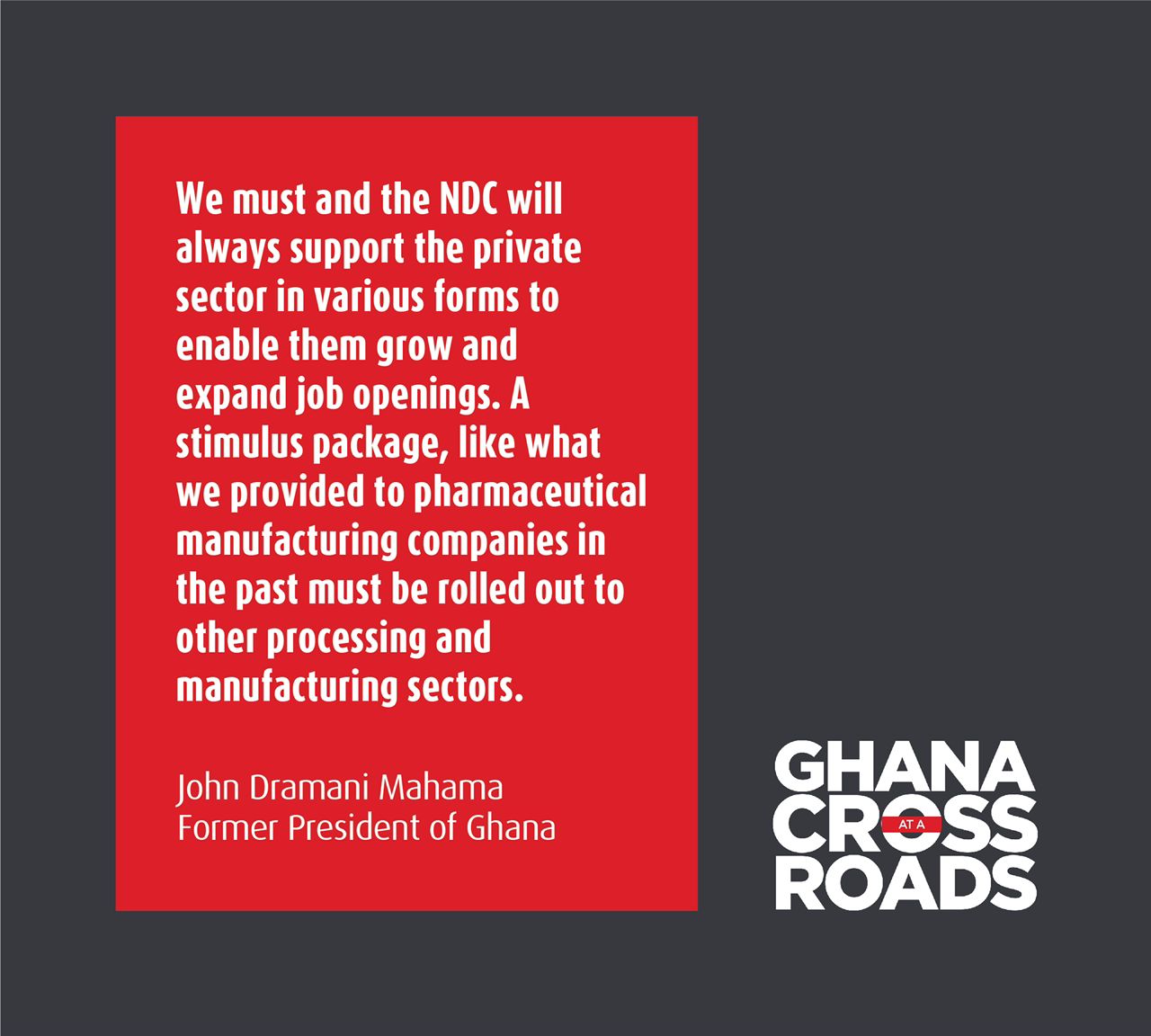 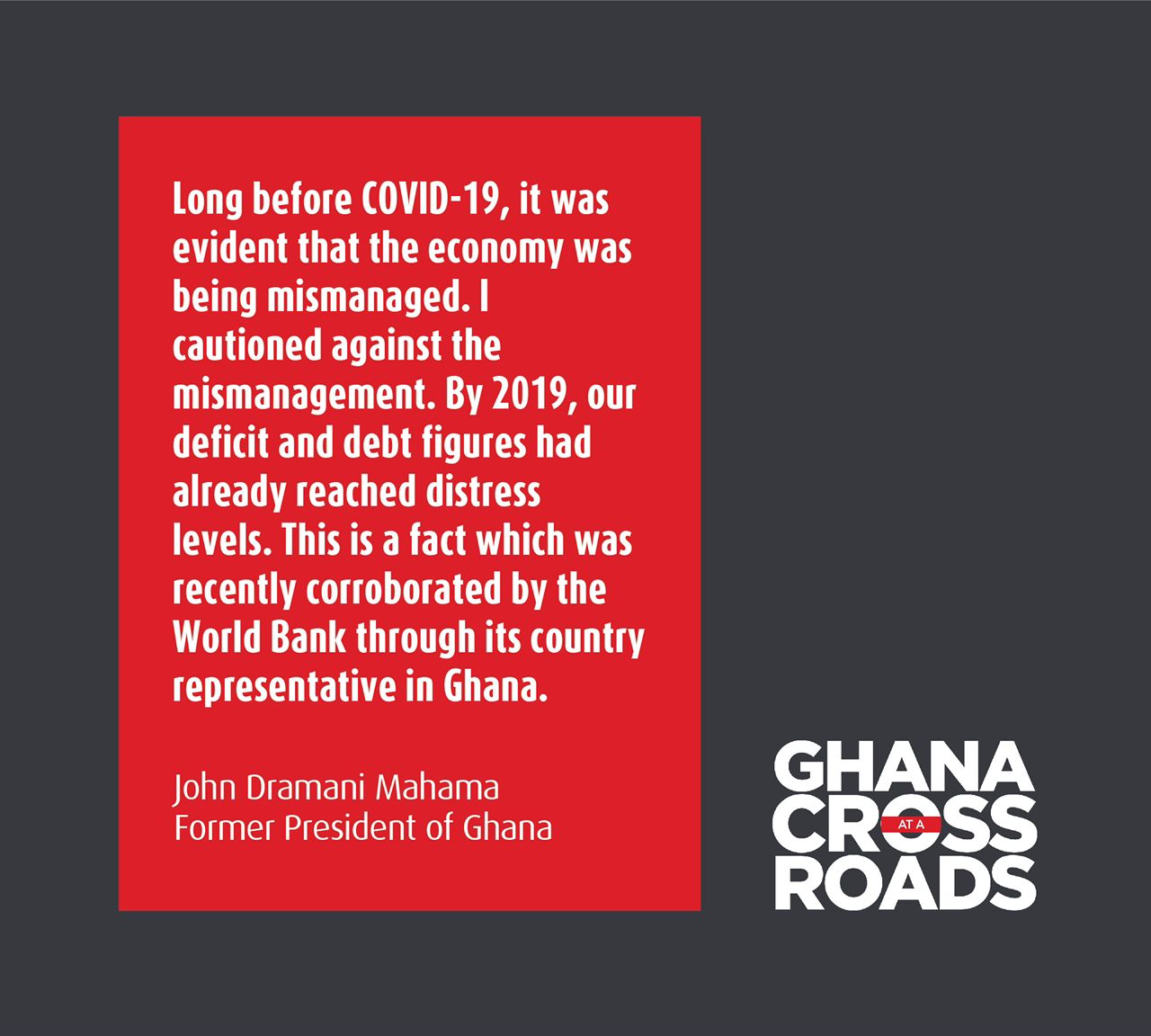 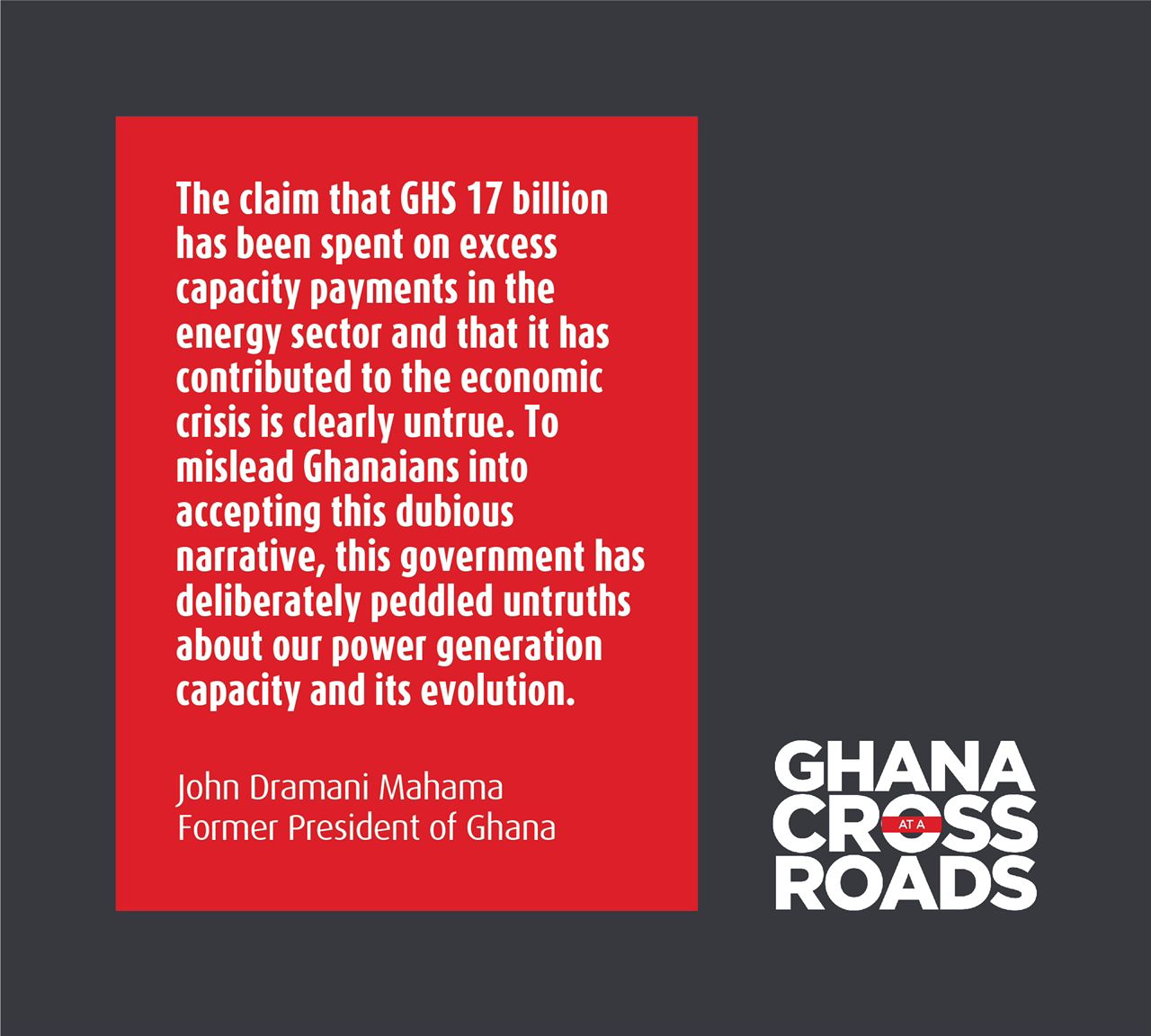 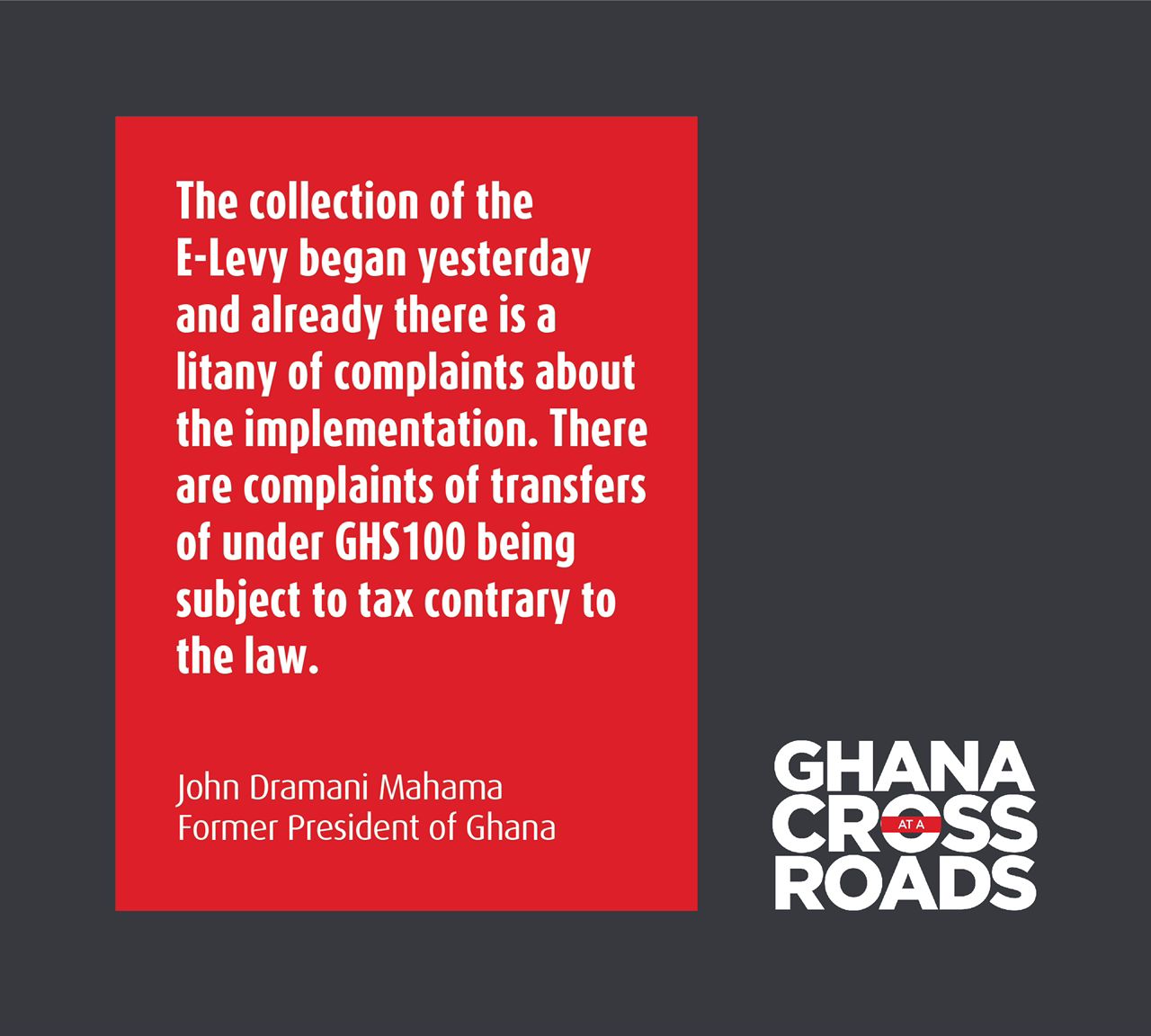 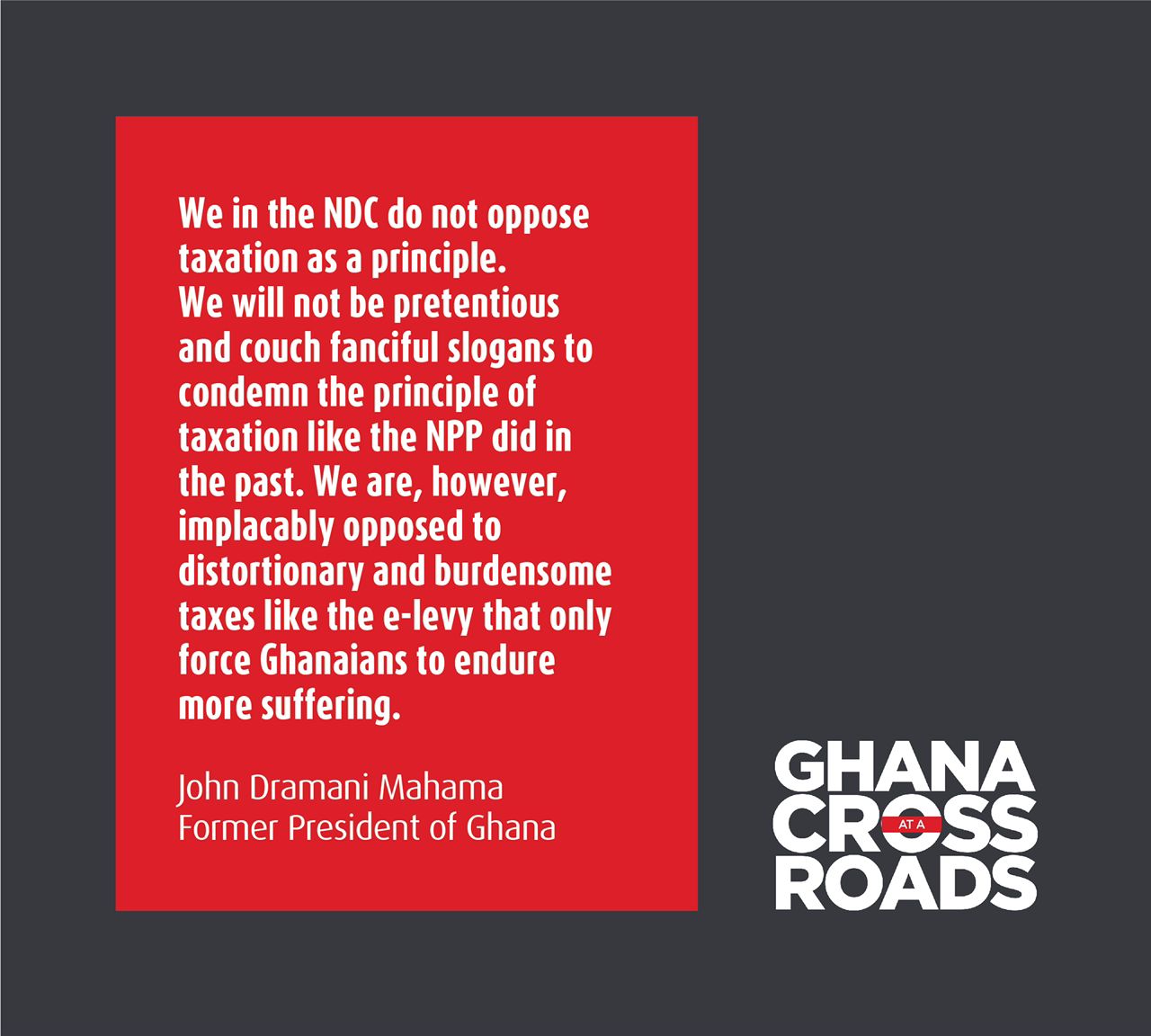 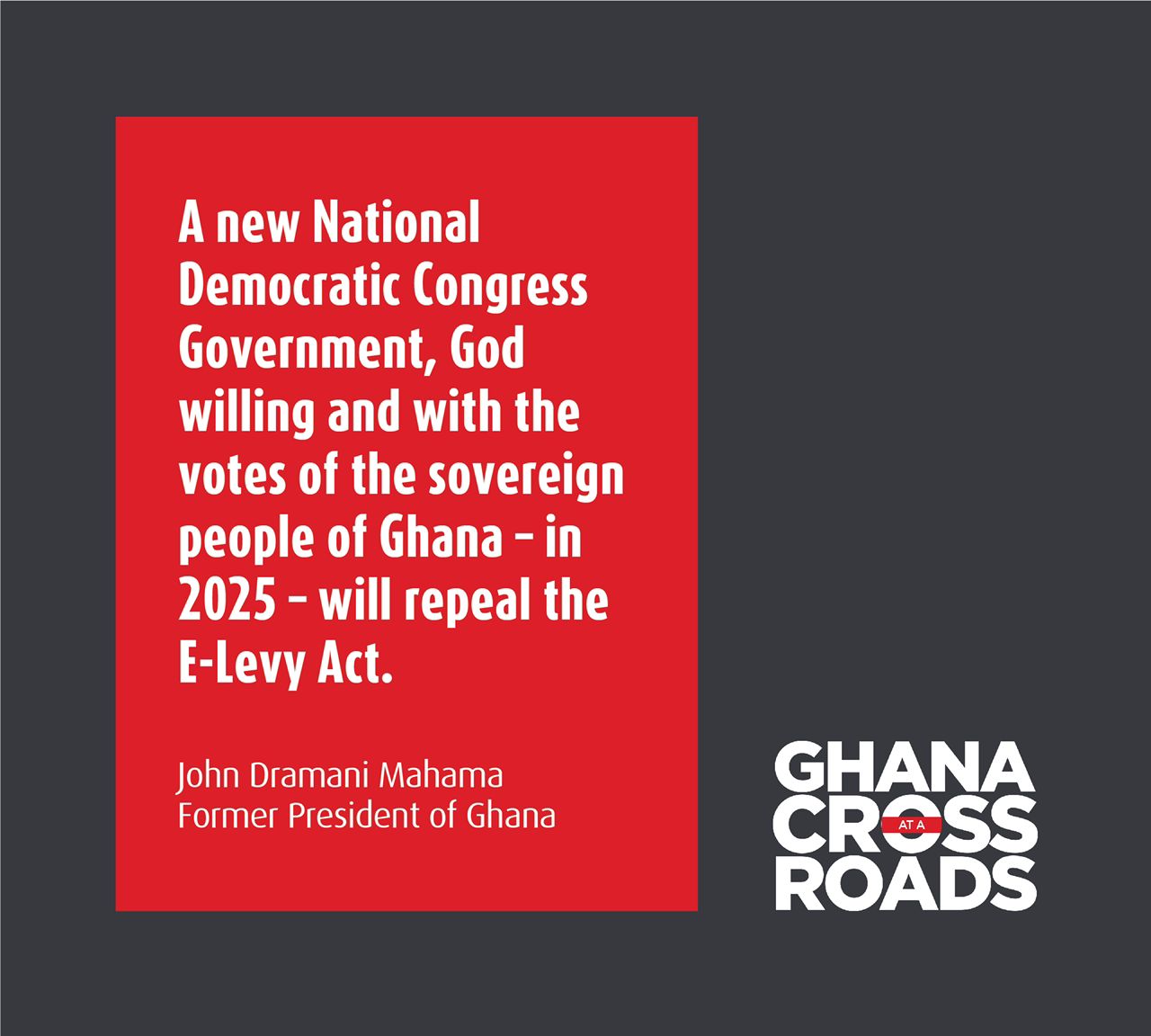 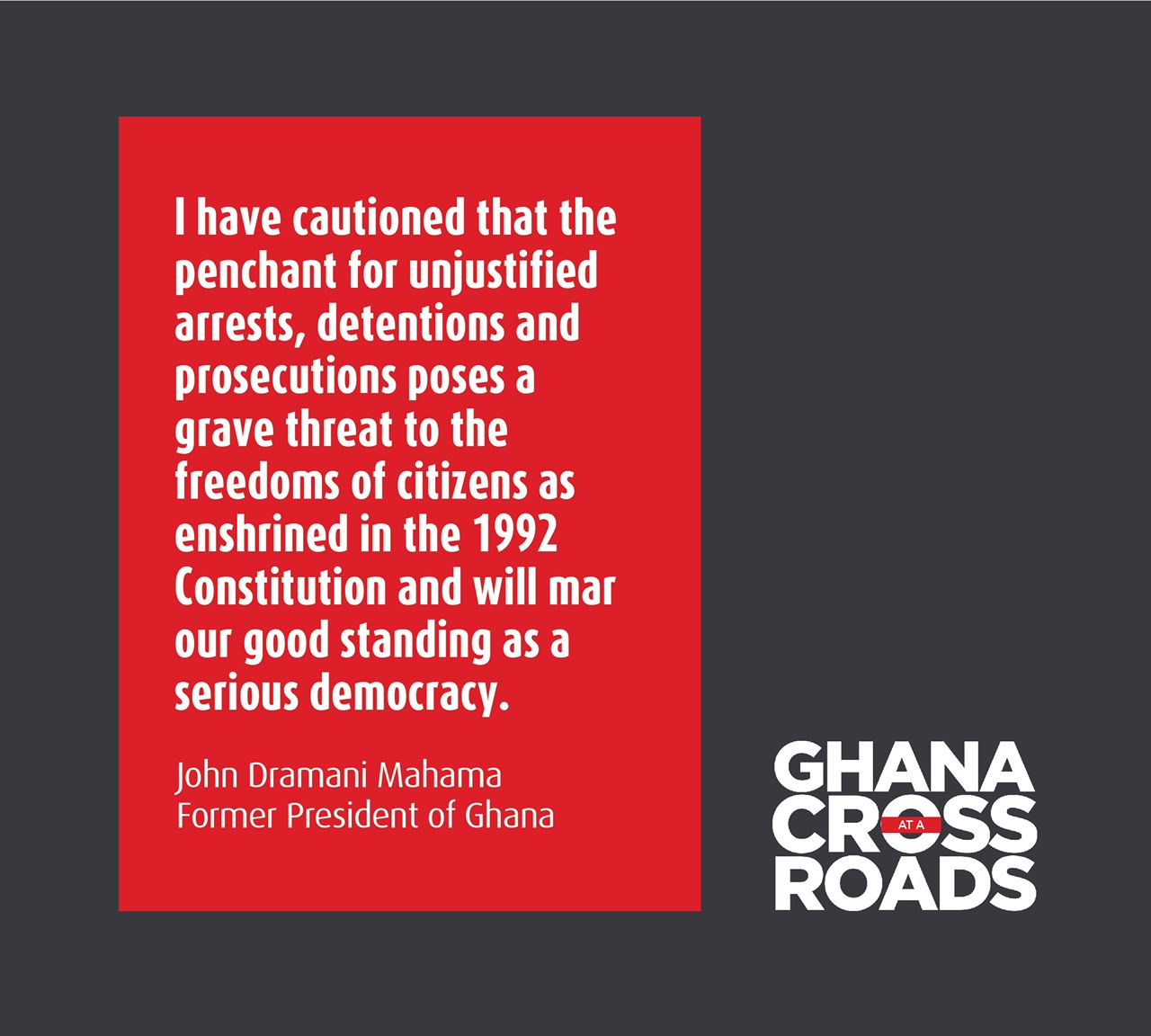 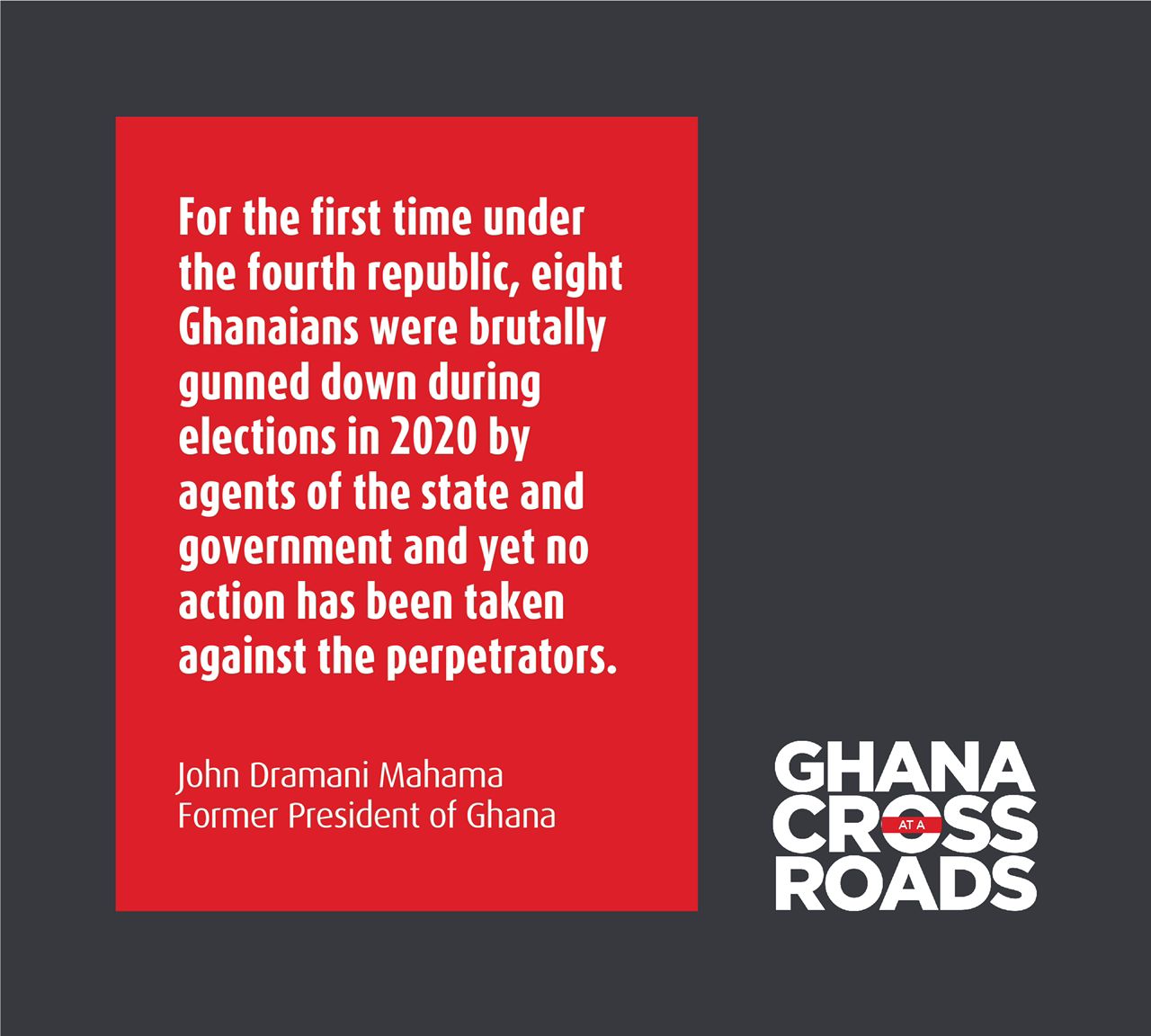 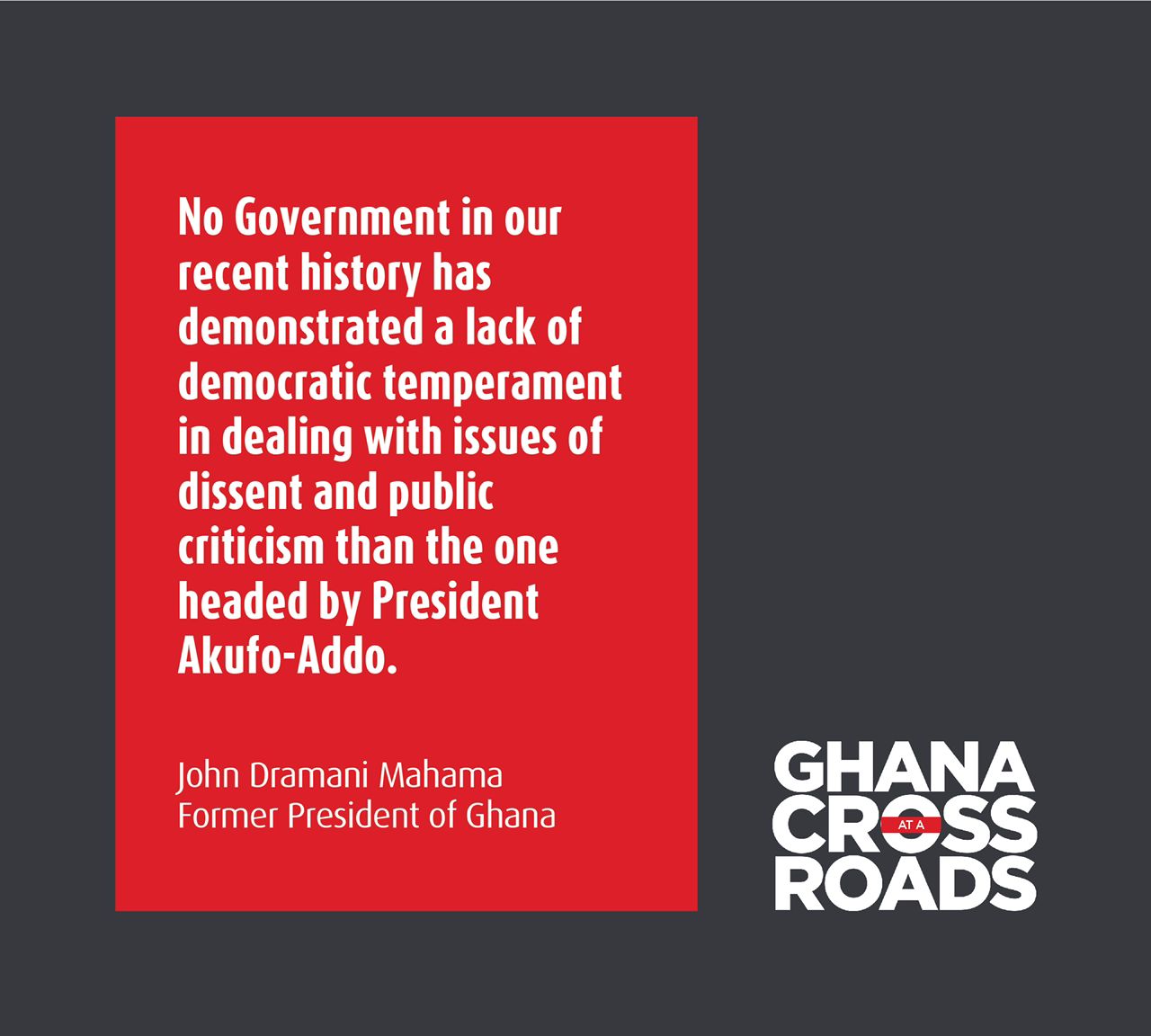 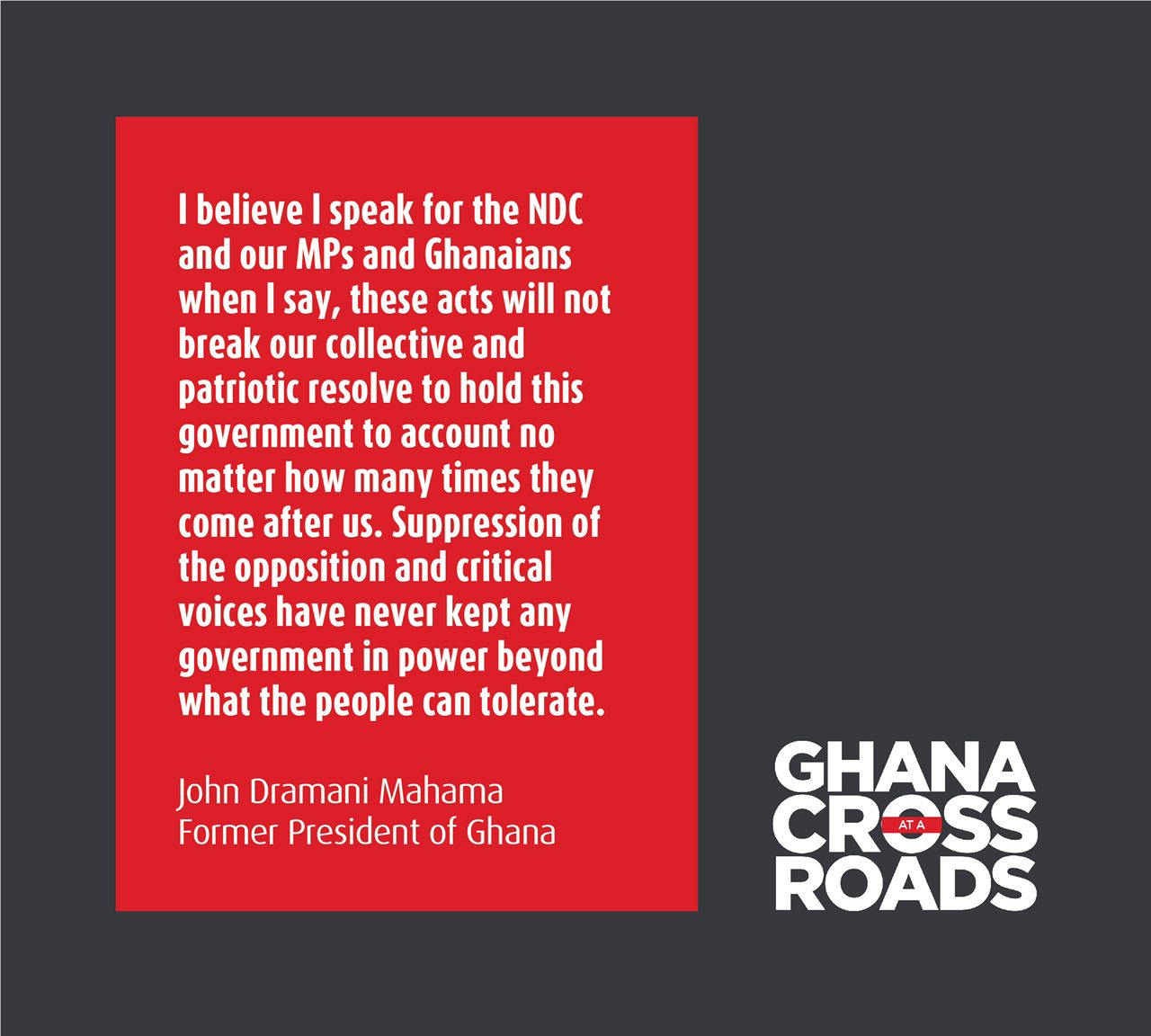