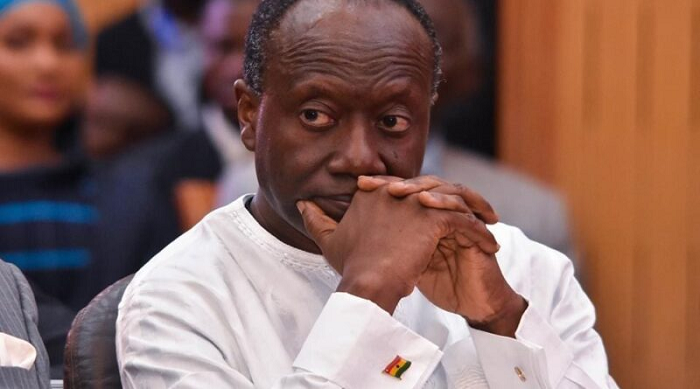 The Minister of Finance, Mr Ken Ofori-Atta, has told Parliament that the best institution to furnish the House with details on the cost of the President Nana Addo Dankwa Akufo-Addo’s recent official travels outside the country is the Office of the National Security.

He said due to national security implications, the air travel for the President, including the cost for the advance team, flight arrangements, security, accommodation, and air tickets, were coordinated operationally between the Office of Government Machinery and the National Security Secretariat.

He said in line with the 2021 budget implementation instructions, the Ministry of Finance (MoF) did not release any funds to the Chief of Staff specifically for the President’s trip to France, Belgium and South Africa.

The minister was responding to an urgent question filed by the National Democratic Congress (NDC) Member of Parliament (MP) for North Tongu, Mr Samuel Okudzeto Ablakwa.

Mr Ablakwa sought to know if the transaction did not go through the Ghana Integrated Financial Management Information System (GIFMIS), which is under the control of the Finance Minister, and which puts the minister in a position to know the cost of travels by the President.

“Mr Speaker, the President’s domestic and international travels are matters to do with National Security. The National Security Minister is best placed to furnish this Honourable House with the details needed,” Mr Ofori-Atta responded on the floor of the House yesterday.

In a similar question that stood in the name of the MP for Dormaa East, Mr Paul Twum-Barimah, the minister said the Government Machinery and the National Security were in the best position to provide such details.

The Dormaa East legislator wanted to know from the minister, the travel cost of all charter flights of former President Mahama between 2013 and 2016.

Giving further explanation on President Akufo-Addo’s travels, the minister said the current practice was that the MoF released quarterly funds to the Heads of Department including the Office of Government Machinery for all the operational activities of the office.

“To facilitate the safe coordination of the President’s travels, domestic and foreign, the Office of Government Machinery and the National Security Secretariat work together to achieve this,” he stated.

Mr Ofori-Atta told the House that when the ministry gave its quarterly releases for goods and services, it did not include line items for the President’s travels.

“And so, we will not have those specific costs coming through the GIFMIS system. As I mentioned, with the operational work that is done between the Office of Government Machinery and the National Security services, those categorisations are not very clear to us because of the national security implication,” he said.
Reacting, Mr Ablakwa described the answer by the Finance Minister as the “most disappointing response.”

He said the minister had communicated to the House that he needed more time to respond to his question which was admitted by the Speaker since June 1, 2021.

According to him, the question was once again admitted on the Order Paper on June 16, this year for the minister to respond to it on June 17, 2021.

However, he said on June 17, this year, the question was not featured on the Order Paper and when he enquired why it had been omitted, the Clerk-to-Parliament, and the Director of Table told him that the Finance Minister had requested more time.

He, therefore, asked why the minister requested more time when he duly acknowledged that it was the National Security that had to respond to the question.

The Speaker, Mr Alban Sumana Kingsford Bagbin, told the House that per the answer proffered by Mr Ofori-Atta, it was the National Security that had to provide details of the President’s cost of travels.

The NDC MP for Bolgatanga Central, Mr Isaac Adongo, said the Finance Minister had the authority to query GIFMIS to demand any expenditures that were incurred during the President’s recent travels outside.

“Mr Speaker, when you release money to any agency in bulk, expenditures from those money must go through an approval and a warrant process to meet expenditure for specific item line, “ he said.

Meanwhile, speaking to the press outside Parliament, Mr Ablakwa said he immediately filed another urgent question to the Minister of National Security to appear before the House to provide details on the cost of the President’s travels outside.

“We want to serve notice that we will not accept any attempts to shroud this expenditure under the cover of the National Security so that they will not carry out full disclosure. We must be embarrassed about how we have sunk when it comes to accountability, transparency and protecting the public purse,” he said.