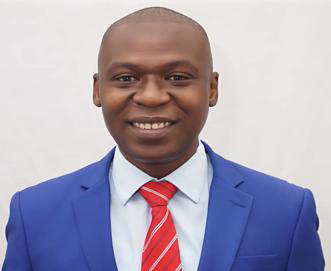 The nominee for the position of Metropolitan Chief Executive for Cape Coast, Mr Ernest Arthur has been rejected for the second time by assembly members.

In a vote on Wednesday night (October 6), he failed to secure the two thirds majority endorsement.

He needed an additional four votes to gain the two thirds majority.

At the first voting, he had 34 out of the 65 votes cast and even though he had been able to gain six additional votes, he needed an extra four to sail through.

The election was characterised by tension. There was heavy security presence.

The session, which was expected to start at 4pm on Wednesday, started after 8pm.

He is now expected to go for a third time attempt on a new date yet to be decided.

After failing to get the nod last Wednesday, the Presiding Member announced that President Nana Addo Dankwa Akufo-Addo had re-nominated Mr Arthur through a wireless message.

He, therefore, wanted another voting to go ahead that very night around 11 p.m but some assembly members demanded an official evidence of his re-nomination.

Not too sure about their resolve, the second voting, which was about to begin, was halted.

The Central Regional Minister, Mrs Justina Marigold Assan, together with top members of the New Patriotic Party (NPP) in the Central Region, the nominee (Mr Ernest Arthur) and the National Democratic Congress (NDC) Member of Parliament for Cape Coast South, Mr Kweku Ricketts Hagan, who is also a member of the Cape Coast Assembly, went into a meeting to help get members to support the nominee and vote for him.

That led to the decision to reschedule to another day so the meeting was dissolved around midnight.

Prior to voting last Wednesday, the Central Regional Minister, Mrs Assan, knelt down and appeal to the assembly members to vote the nominee to become MCE.

She said the metropolis was going to suffer a great deal if they failed to endorse him to continue projects he had started.

“If we fail to endorse him, it will take a heavy toll on Cape Coast because projects he started may not be continued and this will affect us all regardless of our political colour.”