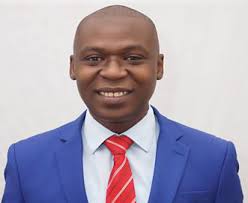 The nominee for the position of Metropolitan Chief Executive for Cape Coast Metropolitan, Mr Ernest Arthur has been endorsed by Assembly Members.

He polled a narrow win in a third time election on Sunday after a rejection on two separate occasions.

He polled 45 of the “YES” votes to be confirmed as MCE.

Mr Arthur needed a minimum of 42 votes to be confirmed.

Eighteen others voted “No”.

The election was however embroiled with a lot of controversies and allegations of ballot staffing.

The exercise was characterized by a lot of confusion as some assembly members with dissenting views indicated that there were irregularities that needed to be addressed.

During the counting, a misunderstanding ensued between the assembly members over what they described as “stuffing of the ballot box with additional papers by the some officials”.

It took the intervention of the police and the Omanhen of Oguaa Traditional Area, Osabarimba Kwesi Atta II to restore calm.

He said the Presiding member failed to issue the president’s letter of renomination and that makes the process in its entirety illegitimate.

“The Presiding member has been extremely diabolic and difficult in this process.”

The Member of Parliament for Cape Coast North, Mr Samuel Kwamena Mintah appealed to relevant stakeholders to look into the election and conduct a new one to that effect.

He said "we are asking the appropriate stakeholders to come in, to see to it that the right thing is done.”

He added “we outrightly reject the results and call for a re-election.”

Expressing joy and appreciation to the assembly members, Mr Ernest Arthur pledged his commitment to serve diligently and assured them of more infrastructural development to give the metropolis a facelift.

He noted that the first two elections had been unsuccessful due to the partisan stance taken by some of the assembly members and influence from the members of parliament for Cape Coast North and South.

“When you speak to the people in private, you get to know they are willing to vote but on the day of voting, influence from the two MPs changes everything.”

He added he was hopeful of a successful tenure.