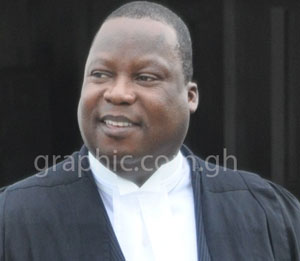 The dispute over the definite number of pink sheets filed by the petitioners in the ongoing presidential election petition and the audit of the said pink sheets are still raging.

The latest storm is that whereas the respondents are in favour of the use of pink sheets in the custody of the President of the Supreme Court panel as a control measure in the audit, the petitioners are opposed to that.

According to the petitioners, the proposal by the respondents was not part of the court’s original and subsequent orders and for that reason it could not be applied in the audit process.

KPMG, the international audit firm, last week completed the auditing of the pink sheets handed over to it by the Supreme Court Registry and is currently in the process of writing its report.

The petitioners and the respondents have been in disagreement over the actual number of pink sheets filed by the petitioners on April 7, 2013, and following from that the court, on May 9, 2013, ordered an audit of the pink sheets.

At the heart of the controversy are assertions by the respondents — President Mahama, the Electoral Commission (EC) and the National Democratic Congress (NDC) — that they received less than 11, 842 pink sheets.

But the star witness for the petitioners, Dr Mahamudu Bawumia, during his testimony in court, repeated several times that the petitioners served 11,842 pink sheets on the respondents but were relying on 11,138 of them in their final analysis of alleged gross and widespread irregularities which occurred in the December 7 and 8, 2012 presidential election.

A letter dated May 29, 2013 and signed by the lawyer for President Mahama, Mr Tony Lithur, and addressed to the Registrar of the Supreme Court accordingly urged the registrar to seek a written authorisation from the court to KPMG to apply the court’s orders to the control in order to resolve the problem and pave the way for KPMG to conclude its task.

In brief, Mr Lithur’s letter sought the Registrar of the Supreme Court to draw the court’s attention to the disagreement between parties for a quick resolution.

Meanwhile, observers for the parties in the petition are expected to meet KPMG officials today to discuss and finalise the data that have been generated from the audit.

“I wish to place on record that during the meeting we had in chambers with the presiding judges based upon which the court ordered the count, all the parties agreed that a set of pink sheets delivered to one of them should be used as “control”, as it were. 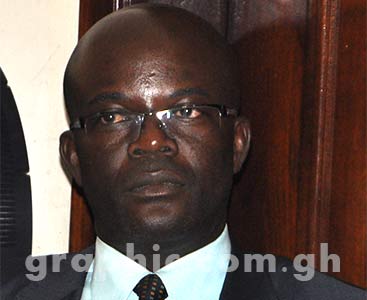 “We understand from our observers that the court-appointed referee has also given some indication that they have also received confirmation of the same direction from the court and, therefore, they intend to proceed to work on the set of pink sheets delivered to the President of the panel, as the control.

“However, we are informed that the petitioners’ observers are resisting the count of the ‘control’.

“We would appreciate it if you would bring this to the attention of His Lordships, with our humble suggestion that, perhaps, a written authorisation from the court to the reference to apply to the court’s orders to the ‘control’ would quickly resolve the problem and pave the way for the referee to quickly conclude their task.”

It is not clear if the matter will come up in open court when the hearing of the petition resumes today.

The form on which the statement of poll and the declaration of results for the Office of President and Parliament are recorded is also known as the pink sheet. It is so-called because it is coloured in pink.

Mr Lithur and counsel for the NDC, Mr Samuel Cudjoe, in a letter dated May 21, 2013 and addressed to KPMG, alleged that 10 additional boxes had been added to 24 already inspected boxes.

“It is our opinion that the ten boxes that were not part of those inspected on May 16, 2013 ought to be identified, isolated and excluded, as they are not part of the subject matter of the court order on May 9, 2013,” the letter, signed by Mr Lithur and Mr Cudjoe, stated.

Lawyers for the petitioners, on the other hand, have fervidly opposed the allegations of the two respondents.

The judges, however, urged the auditors to officially note down any complaint from any of the parties in the final report.

So far, Dr Bawumia and the General Secretary of the NDC, Mr Johnson Asiedu Nketia, have testified.

The Chairman of the EC, Dr Kwadwo Afari-Gyan, began giving his evidence-in-chief on May 30, 2013 and is expected to continue today.

According to the petitioners, the December 7 and 8, 2012 presidential election was fraught with malpractices of over-voting, non-signing of pink sheets by some presiding officers or their assistants, voting without biometric verification and duplicated serial numbers of pink sheets.

However, President Mahama, the EC and, the NDC have denied that any such irregularities occurred during the election.

The court will take into account evidence adduced by the parties and their witnesses, the laws and other statutes before passing judgement.

It has, in the meantime, narrowed down two issues for determination. They are whether or not statutory violations, omissions, malpractices and irregularities occurred during the conduct of the election held on December 7 and 8, 2012.

It will also ascertain whether or not the said violations, omissions, irregularities and malpractices (if any) affected the outcome of the election.