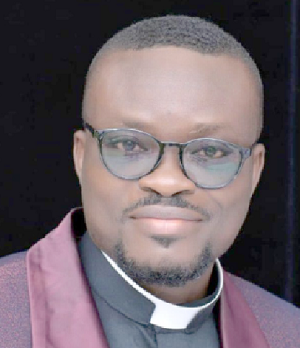 The Minister in charge of the Grace Presbyterian Church, Community 11, Tema, Rev. Lawrence Kwesi Tete, has admonished nominated metropolitan, municipal and district chief executives to be proactive and not become armchair leaders when they are confirmed.

“Your work is out there in the field; go out into the communities, interact with your people, traditional leaders, religious leaders, workers’ groups, women and youth activists to ensure that things are fixed properly,” Rev. Tete told the Ghana News Agency in an interview in Tema.

On governance at the grass-roots level, he said even though the mandate to nominate MMDCEs was the prerogative of the President, “you have the task to represent government at the local level and ensure that the people benefit from national development”.

He, therefore, urged the MMDCEs to justify the confidence reposed in them by the President through hard work, due diligence and faithful service to God and country, adding: “Being too partisan will not help the country as we move forward.”

"I have no problem with whoever has been nominated for the Tema Metropolitan Assembly, for example; what I am looking forward to is for him to work hard and also fix things that are not in the proper place," he said.

He noted that as a minister of the Gospel, he saw the nominees as community and political leaders.

Rev. Tete urged ministers of the Gospel to use the pulpit to encourage assembly members to give the needed support to the nominees so that together they would see to the development of the various communities in the metropolis.

He said it was not the time for MMDCEs to amass wealth; they should rather share the national cake equally, saying that when equity came in, the grumbling to 'fix the country' would stop.

"There is an adage that says to whom much is given, much is expected; once the appointment is given to them, we expect them to work hard," he said.