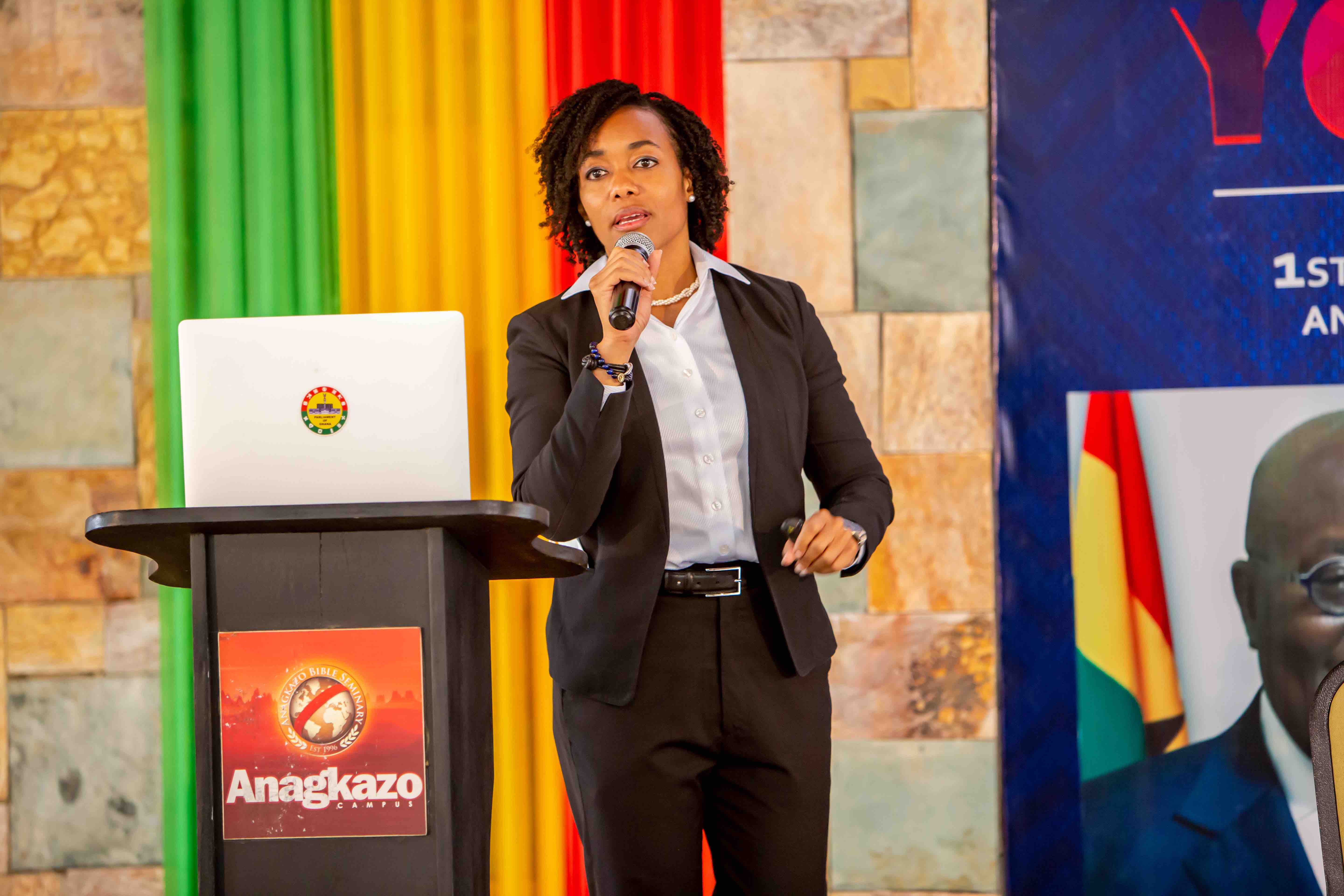 The Member of Parliament (MP) for Klottey Korle, Dr. Zanetor Agyeman-Rawlings has attributed the rising youth unemployment situation in the country to the disconnect between the subjects being offered in tertiary institutions and the job market.

In a presentation on the topic, Peace Building and Security Among the Youth, during the celebration of the International Youth Day recently, Dr Agyeman-Rawlings said the phenomenon was producing many unemployable graduates.

She made this known at a Youth Day event held at the Anagkazo Campus in Mampong Akwapim.

Dr. Agyeman-Rawlings said the unfortunate phenomenon was compounded by students taking courses they were not interested in after they are denied their preferred courses at the tertiary level.

She added that this had an added consequence of demotivating individuals and taking away their passion for their career choice.

The Klottey Korle MP stated that it was unfortunate that available data was not translating into the information available to secondary school students when they selected their elective subjects and subsequent courses at the tertiary level.

"Nation building and development are not about guesswork. We have a National Development Planning Commission; we have the Ghana Statistical Service; we have the census that was undertaken in the year 2021," she said.

"We know how many young people there are; we know the breakdown of their ages, we know how many medical schools there are, we know what the doctor-patient ratio should be. We do not have to invent the wheel. There are international standards. We know what the teacher-student ratio should be so that we can make sure we are delivering optimum health care and optimal education. Why is it not translating into the quota for students entering the various faculties in our tertiary institutions?," Dr Agyeman-Rawlings quizzed.

The Member of Parliament said if traditional rites of passage were no longer compulsory, then formal education systems needed to provide a suitable substitute for cultural orientation.

“If your sense of belonging and identity are strong, no one can radicalize you because you have no ambiguity about who you are as a citizen of your country,” Dr. Agyeman-Rawlings stated.

She indicated that issues relating were crucial to safeguarding national security, adding that "it affects our survival as a nation and as such must be addressed accordingly".

Touching on the National Security Strategy of Ghana and the National Framework for Preventing and Countering Violent Extremism and Terrorism in Ghana, Dr. Agyeman-Rawlings, who is also the Deputy Ranking member of the Select Committee on Defence and Interior in Parliament, said one of the most important and recurrent references in those documents is the youth.

On terrorism, the Klottey Korle legislator said free and fair elections without the pillars of good governance, including the protection of the rights, equitable opportunities for citizens and adequate provision of services and amenities such as potable water and electricity make it easy for a group of people with ulterior motives to usurp the role of government by providing these services and amenities, with the ultimate intention of taking control of the country.

Dr. Agyeman-Rawlings also mentioned the International Law of the Sea, the Anti-Terrorism Act and the Anti-Money Laundering Act as some of the legal instruments in place to prevent terrorism as most of these groups are involved in transnational crime.

She cited the fact that the violent extremists in the region in landlocked countries seek access to the sea, adding that proper laws were necessary to govern such matters.

The Member of Parliament who holds a Master of Arts in Conflict, Peace and Security from the Kofi Annan International Peacekeeping Training Centre (KAIPTC) in Accra, also expressed worry about the porous borders which allow for the easy movement of terrorists, armed groups and violent extremists.

“If you look at the map of Ghana, the number of chieftaincy disputes that we have, the number of spots of inter-ethnic conflicts that we have is quite alarming. It only needs someone who decides which of those spots they want to capitalize on and that could be a problem. So, peacebuilding is important. Let us not take entrenched positions in our various communities to the extent that people who do not mean us well can take advantage of those conflicts to disrupt our lives as a people,” she cautioned.

Dr. Agyeman-Rawlings also called for the need to confront factors such as chieftaincy disputes, corruption, unemployment especially in the youth, inequitable distribution of resources, personal grievances, and lack of accountability, as these help to drive radicalization and violent extremism.