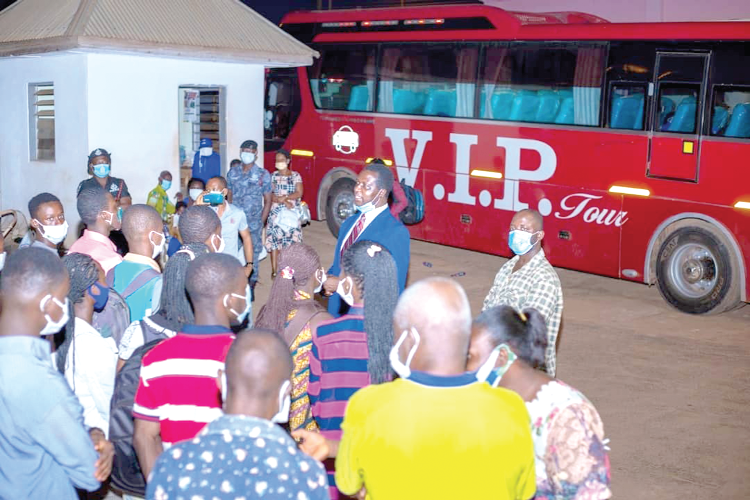 The Member of Parliament (MP) for Bosomtwe, Dr Yaw Osei Adutwum, has granted full self-sponsored scholarships to 30 young people in his constituency to pursue Engineering programmes at the University of Mines and Technology (UMAT) in Tarkwa.

They are made up of 23 males and seven females.

To this end, the MP has paid their admission and other fees, totalling GH₵100,000, to the university for the first academic year.

Speaking to the Daily Graphic at Jachie, Dr Adutwum said his vision was to ensure that Bosomtwe got 100 engineers in the next 10 years.

He explained that his desire to support the youth was part of his broader dream of helping the growth and development of education in the country.

Dr Adutwum, who was a Deputy Minister of Education in the first term of President Nana Addo Dankwa Akufo-Addo’s administration, expressed the hope that after completion, the beneficiaries would be in a position to support the nation’s development agenda, including the Bosomtwe Constituency.

He said the selection of the beneficiaries was done with various stakeholders in the constituency to ensure that only qualified people were selected.

At a pre-departure event at Jachie yesterday, the MP advised the beneficiaries to study hard to justify the investment made in them.

Present were parents and other family members of the beneficiaries who expressed their gratitude to the MP for the support.

Dr Adutwum said 17 others from the Bosomtwe District were benefitting from one-and-half-year scholarships from  the MasterCard Foundation at the Design and Technology Institute of Ghana.

“They will be in the classroom for one year, after which they would go for industrial attachment for six months before graduation,” he said.

He said the training was aimed at helping them acquire employable skills in welding and fabrication, as well as digital designing, entrepreneurship, innovative laboratory, among others.

On completion, the beneficiaries would get direct employment with some industries as part of the support from the foundation, he said, adding that that would enable them to contribute effectively towards national development.

Dr Adutwum said his vision was to ensure that the constituency produced more doctors, engineers and pharmacists.

He mentioned the establishment of a Science, Technology, Engineering and Mathematics (STEM) academy at Jachie in 2018 as one of the ways to achieve his goals.

The academy, which was started at the kindergarten level, would train mainly science students.

Currently, massive infrastructure development is ongoing at the academy, with the hope of admitting the first batch of primary six pupils and junior high school students in the next academic year.

Some of the facilities already completed at the academy are the main classroom blocks, the library and the information and communications technology (ICT) centre.

Work on the science laboratory and other facilities is nearing completion.

Dr Adutwum said his priority was to empower the youth to get the necessary skills to create their own jobs and also employ others.

He pledged to continue working hard for the youth in the area to get good education and employable skills that would enable them to compete favourable in any part of the world.