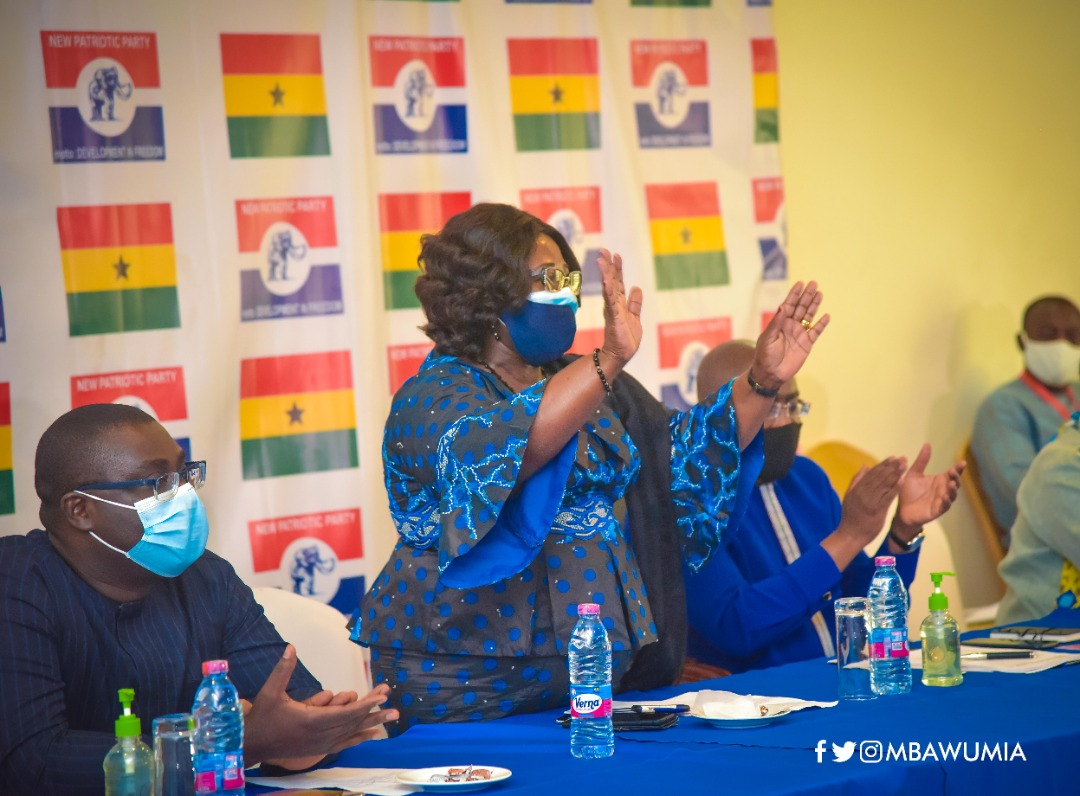 The Chief of Staff at the Presidency, Mrs Akosua Frema Osei Opare, has urged the youth of the New Patriotic Party to confidently propagate the good policies of the government to give hope to others.

She said all the policies of the government were in the supreme interest of the youth of the country, hence the need for them to be proud ambassadors of the party.

Mrs Osei-Opare gave the advice when she addressed a forum organised by the youth wing of the New Patriotic Party (NPP) in Accra yesterday to mark the celebration of the International Youth Day.

In attendance were national and regional youth coordinators of the party and other national executives, including the National Chairman of the party, Mr Freddy Worsemawu Blay and the National Organiser, Mr Sammy Awuku.

Mrs Osei Opare lauded the contribution of the youth to the agenda of the party over the years and said, “As a lively and dynamic youth wing, continue with your lively activism so we have a resounding victory.”

She said the government had worked so much so that “even within three and a half years of its stewardship, some people think it had been in power for eight years.”

The Chief of Staff urged the youth of the party to develop creative strategies to develop messages to reach out to more voters for the party since this year’s campaign would be a deviation from the traditional method of campaigning.

Touching on unity in the party, Mrs Osei-Opare appealed to all NPP faithful to bury the hatchet and seek the interest of the party in all they do.

She said under no circumstance must the fall-outs from the party’s primaries lead to splitting of votes or voter apathy and urged them to call on her when they had any concerns.

Mr Blay, described the December elections as a World Cup final and called on the youth to ensure the party retained power to create opportunities for all.

He, therefore, charged them to use their strength, creativity, boldness and even strive to take risks and described the Nana-Bawumia ticket as one which was creating bigger opportunities and so they must ensure the NDC did not come back.