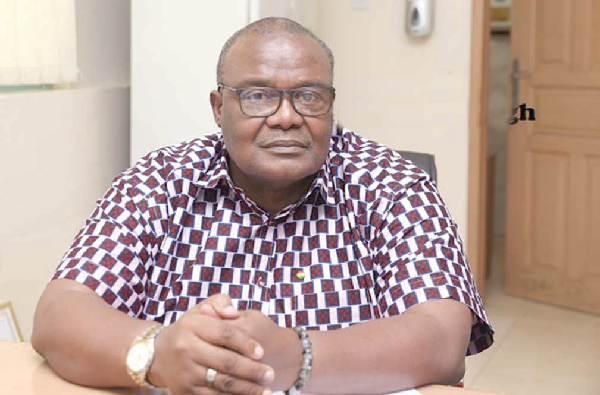 The National Democratic Congress (NDC) has urged party members to be circumspect with their utterances relating to the work of the NDC Caucus in Parliament regarding the approval of the President’s nominees for a number of ministerial positions.

Being circumspect, it said, would prevent them from playing into the hands of their detractors waiting to exploit the current uneasy situation.

The call followed an emergency meeting of the Functional Executive Committee (FEC) of the party, on March 4, 2021, to discuss recent developments relating to the work of the NDC Caucus in Parliament regarding the approval of the President’s nominees for a number of ministerial positions.

"The FEC is of the considered view that whatever the disappointments and disagreements may be, especially from among the rank and file of the party, care should be taken not to allow these to degenerate into unnecessary bickering at the expense of party discipline and cohesion," it said in a statement by Mr Kakra Essamuah, the Director of Communications at the party headquarters.

Prior to the submission of the report of the Appointments Committee of Parliament to the plenary (entire House), the Minority Caucus had raised issues with a number of the President’s nominees namely: Mr Kojo Oppong Nkrumah (Information); Mrs Mavis Hawa Koomson (Fisheries and Aquaculture) and Dr Owusu Afriyie Akoto (Food and Agriculture) indicating that the three had been rejected outright.

The Minority Caucus also indicated that five other nominees, Mrs Ursula Owusu Ekuful (Communications and Digitisation), Mr John-Peter Amewu (Railway Development); Mr Kwesi Amoako-Attah (Roads and Highways); Mr Godfred Dame (Attorney-General and Minister of Justice) and Mr Kwaku Agyeman Manu (Health), were to re-appear before the Appointments Committee to clarify some issues before they could be approved.

All the nominees were, however, approved with some members of the Minority Caucus voting for their approval while in the case of the five who were to re-appear before the Appointments Committee, they were unanimously approved at the plenary.

The turn of events compelled the NDC Communications Director, Mr Sammy Gyamfi, to take to his Facebook page to criticise the NDC Caucus in Parliament, describing the handling of the minister-nominees as a betrayal.

“They brazenly defied the leadership of the party and betrayed the collective good for their selfish interest,” Mr. Gyamfi said.

“The shame they have brought on the party will forever hang like an albatross around their necks,” he added.

In line with that, it said, FEC was of the view that urgent action was required to deal with the matter and had consequently initiated a consultation process with the party’s Council of Elders.