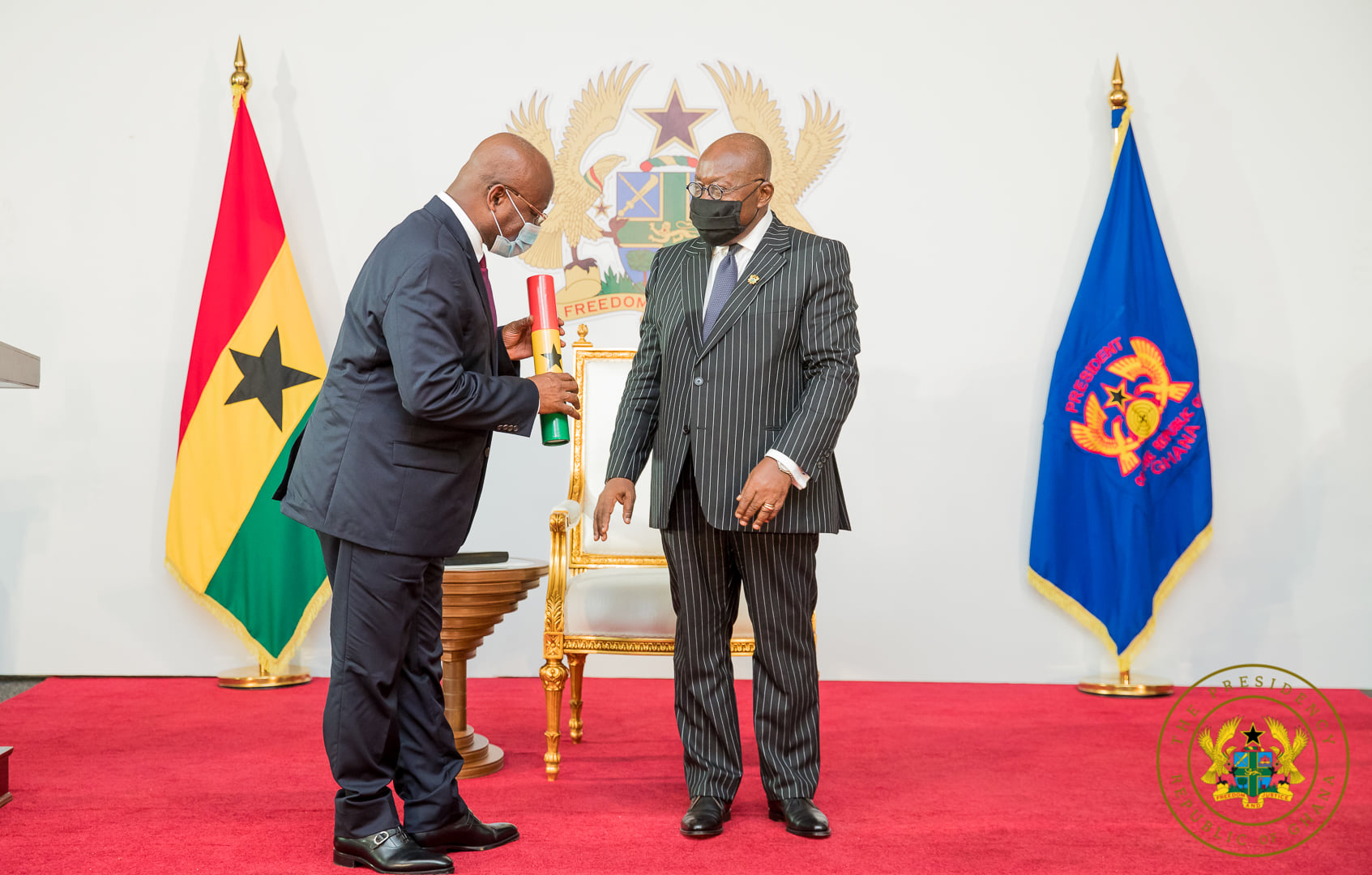 President Nana Addo Dankwa Akufo-Addo has designated the Minister of Parliamentary Affairs and leader of government business in Parliament, Mr Osei Kyei-Mensah-Bonsu to read the 2021 Budget Statement in Parliament on Friday, March 12.

This is because the nominee as Minister of Finance, Mr Ken Ofori-Atta is still in the United States of America (USA) for a medical review.

Mr Ofori Atta is even yet to go through parliamentary vetting and approval.

The Minister of Information, Mr Kojo Oppong Nkrumah made this known at a press briefing at Peduase Lodge on Monday afternoon, where the Cabinet was on a 3-day retreat.

President Akufo-Addo and the executive branch commence full work this week after a 3-day retreat at the Peduase Lodge.

They moved to Peduase on Saturday morning for the retreat after the swearing in of 28 ministers of state last Friday.

The retreat was to sign off on the key priorities of President Akufo-Addo's second term of administration.

He said the immediate agenda of the second term of President Akufo-Addo include winning the fight against the COVID-19 pandemic in Ghana, implementing a robust economic recovery programme as a result of the 2020 devastation by COVID-19 and "aggressively implementing" the second part of the government's transformational agenda.