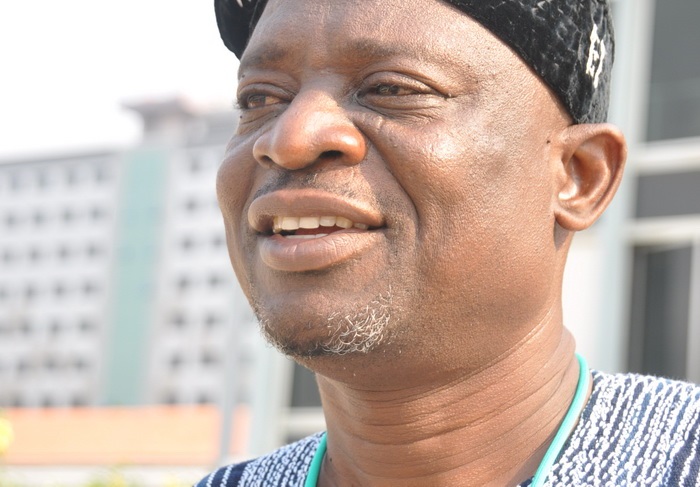 The National Democratic Congress (NDC) Member of Parliament for Sagnarigu in the Northern Region, Alhaji A.B.A. Fuseini has countered a suggestion to change the leadership of the Minority in Parliament in the wake of growing differences following the disquiet and misgivings that has characterised the approval of President Nana Addo Dankwa Akufo-Addo's ministerial nominees by Parliament.

To Alhaji Fuseini, the MPs from the NDC caucus are satisfied with their leadership.

“The NDC MPs have absolute confidence in their leadership notwithstanding the fact that, yes, we think things can always be better, I have always said that even if you are universally acclaimed for your prowess, you will still need an advert or you still need publicity, you can still improve.”

“No matter how handsome you are, you will still need to bath,” Alhaji Fuseini in his notable proverbial signature, stated in a radio interview monitored by Graphic Online on Accra based Adom FM on Wednesday night [March 31, 2021].

The General Secretary of the NDC, Mr Johnson Asiedu Nketia in a television interview with Citi TV had suggested that the leadership of the party were engulfed in the 2020 presidential election petition after the general elections and has therefore not focused on electing new leadership for their caucus in Parliament.

Rather, he said they were working on choosing leaders before Parliament resumes on May 18, 2021 after the Easter break.

But reacting in the Adom FM interview, A.B.A. Fuseini said they [NDC caucus MPs] have already chosen their leaders.

He said they [NDC caucus] met before the inauguration of the 8th Parliament and chose their leaders.

He said they don’t elect someone to lead them on a “temporal basis, it is final until a very extraordinary situation that led to the change of leadership, we don’t change leadership like that.”

Asked by the host of the radio programme what they will do should they return from the break to realise that their [NDC MPs] leaders in Parliament have been changed by the national leadership of the party, Alhaji Fuseini in a response questioned, “who will make the change?”

He insisted according to the NDC constitution and the rules, nobody can go outside the MPs to make a change, “the leader is the leader of the members of the House,” and no one from outside the House can choose a leader for them, “without recourse to the Members of Parliament.”

He said the NDC party cannot do that and choose leaders for them even though he acknowledged the party has a hand in the process of choosing leaders but the party alone cannot do that without recourse to the MPs.

“Those are not the rules…it can’t happen that way.”

He reiterated that “the NDC MPs have absolute confidence in their leadership notwithstanding the fact that, yes we think things can always be better, I have always said that even if you are universally acclaimed for your prowess, you will still need an advert or you still need publicity, you can still improve.”

“No matter how handsome you are, you will still need to bath,” Alhaji Fuseini ended the interview with his proverbial signature.

The last few weeks have witnessed growing differences among some party members at the national level and within the membership of the NDC, especially with the vetting of ministerial nominees.

Just Wednesday, before a solution would be found to developments in the party, the MP for North Tongu, Mr Samuel Okudzeto Ablakwa, resigned from the Appointments Committee of Parliament, citing personal and principled reasons.

In another development, the MP for Bolgatanga Central, Mr Isaac Adongo, in various media interviews, expressed his frustration and disappointment, particularly with regard to the approval of the Finance Minister, Mr Ken Ofori-Atta, by Parliament.

He said while he disagreed with the overarching position of the Minority on the approval of Mr Ofori-Atta, he had no choice but to accept.

Similar sentiments are being shared by a former MP for Kunbungu, Mr Ras Mubarak, who is also calling for a shift in the leadership of the Minority caucus in Parliament.

Throwing more light on the meeting in an interview, the National Chairman of the NDC, Mr Samuel Ofosu Ampofo, called for calm and unity among the rank and file of the party and for them to support the party to reposition itself ahead of the 2024 elections.

He urged them to forge ahead in unity to strengthen the party.