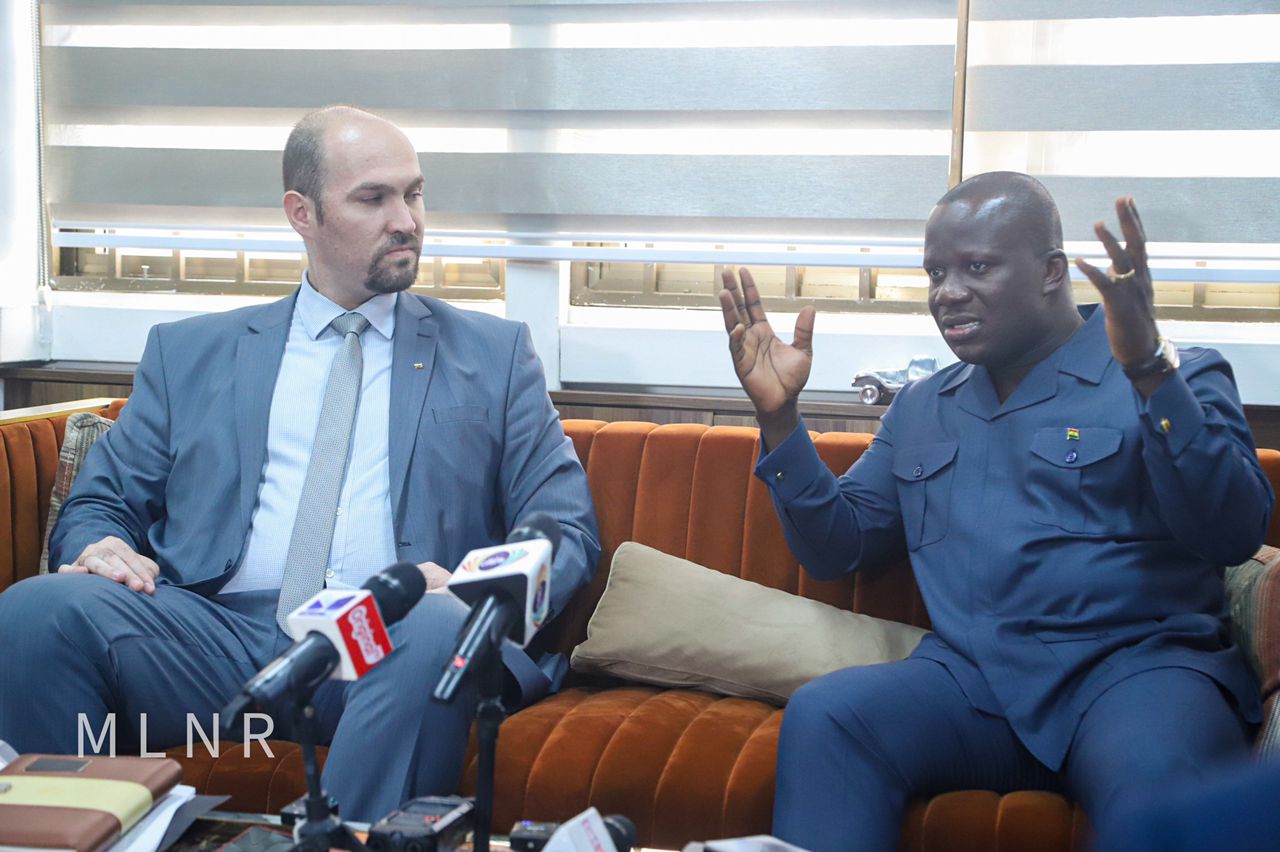 This move comes as an outcome from the meeting between the Bulgarian Ambassador to Nigeria with accreditation to Ghana, Yanko V. Yordanov and the Minister for Lands and Natural Resources Samuel A. Jinapor on Tuesday [May 18, 2022.] Follow @Graphicgh

This move comes as an outcome from the meeting between the Bulgarian Ambassador to Nigeria with accreditation to Ghana, Yanko V. Yordanov and the Minister for Lands and Natural Resources Samuel A. Jinapor on Tuesday [May 18, 2022.]

Addressing the media, Mr Jinapor gave an assurance that the government was committed to finding an amicable solution, which will completely put the matter to rest, just as the Sole Inquirer has recommended.

"You will recall that Justice Retired Kwasi Anto Ofori-Atta recommended that I use my good office to find an amicable solution to this issue and this is what has culminated to this meeting with the Bulgarian Ambassador," Mr Jinapor said.

The Minister said the meeting has further strengthened the already long standing and cordial relationship between the two countries and hoped that a more far reaching outcome will evolve from the encounter. "I look forward to building a relationship that goes way beyond the land matters into discussing bigger issues."

He expressed his profound gratitude to the Envoy for his leadership, sense of solidarity and corporation and on  behalf of the Government and people of Bulgaria the Minister also thanked the President for showing tremendous skill and diplomacy in his leadership and his involvement in dealing with the matter.

He assured the Envoy that it was the desire of President Nana Addo Dankwa Akufo-Addo to solve the matter and that it is one that he [Jinapor] in his capacity as the Minister for Lands and Natural Resources, will follow through to the latter.

The Bulgarian Ambassador to Ghana, Yanko Yordanov in his initial comment thanked the Minister and President Akufo-Addo for their personal intervention and commitment in resolving the impasse between the Bulgarian Embassy and the private developer.

"Bulgaria is thankful to each and every Ghanaian institution, Parliament and especially the Presidency and I'm very hopeful that with the support of these institutions, we will find a lasting solution to this"

Mr Yordanov also assured the Minister that people affected in the Bulgarian Embassy demolition and to an extent, Bulgaria, understand that the government of Ghana had no involvement in the demolition exercise and therefore should be rest assured that the situation will not mar the 60 years of relations between the two countries.

The three-member Committee has Mr. Maxwell Adu-Nsarfoa, Technical Director for Lands at the Ministry and a representative from the Ministry of Foreign Affairs as members.