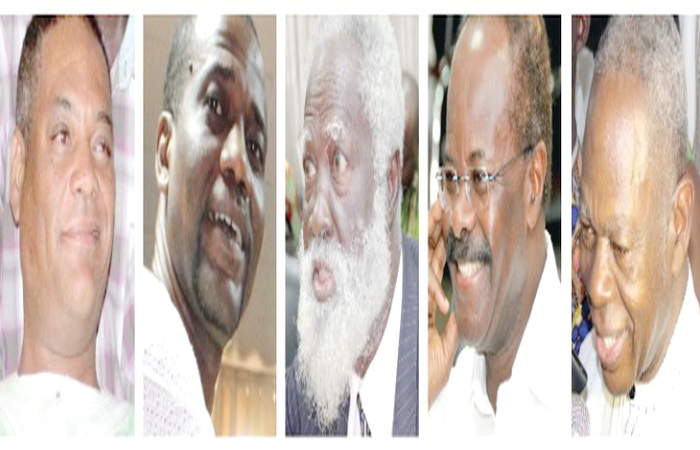 The Electoral Commission (EC) will next week announce the names of those eligible to contest this year’s presidential and parliamentary elections after the two-day filing of nominations closed yesterday.

At the EC Headquarters in Accra, the Returning Officer for the presidential election and Chairperson of the commission, Mrs Charlotte Osei, said at the close of nominations, 17 presidential aspirants had successfully filed their nominations.

Following that, she said, the nominations would be vetted, after which those who passed the eligibility criteria would be announced, to be followed by balloting for positions on the ballot paper.

Some 23 nomination forms were picked by the various political parties and independent candidates when the EC opened nominations on September 13, this year.

In spite of the successful closure of nominations, there were a number of interesting scenarios that took place at the EC, the first occurring when the PPP filed for its presidential aspirant.

However, in a bizarre departure from what had happened the previous day where the EC Chairperson had refused to accept filing fees from the aspirants, Mrs Osei accepted Dr Nduom’s filing fee and refused to return it to Mr Brew-Hammond when he asked for it to be returned.

She said the PPP knew the legal implications of having brought the filing fee but decided to do so, for which reason she would not return it.

Mrs Osei later told the media that for her, the payment of the filing fee by the PPP was an indication that the party had decided to withdraw the case it filed in court against the filing fee.

She, however, did not accept filing fees from any other aspirant.

Mr George Boateng, the man who had wanted to contest President John Dramani Mahama for the flagbearership of the National Democratic Congress (NDC) but was disqualified, stormed the office of the EC holding a set of presidential nomination forms.

He said he had come to the EC on behalf of a presidential aspirant whom he named as Mr Lawrence Nketiah Kutin and that he had sent a petition to the EC to ask for an extension of time, since they had picked the nomination forms just three days to the deadline.

Mr Boateng also claimed that the petition was also about the fact that the EC, according to the laws of Ghana, had no right to charge any filing fee.

He was initially asked to write the name of the presidential aspirant but he appeared confused and could not write the name, insisting that he had to speak to the EC Chairperson.

When he finally had the chance and asked Mrs Osei about the petition, she said she had not received any petition.

Mr Boateng then left the offices of the EC, looking quite disappointed.

One other issue of concern was the disability unfriendliness of the EC office, evident in the fact that the presidential aspirant of the CPP, Mr Ivor Greenstreet, had to be lifted from his wheelchair and carried to the second floor of the EC office before he could access the venue for the filing of the nomination.

The last party to file for its presidential aspirant was the DPP, led by the veteran Mr Thomas Ward Brew, who was at the EC offices at 4:25 p.m. without his nomination documents.

His reason was that the forms were with his running mate, Mr Oto Otoo, who was putting finishing touches to the documents and hoped that Mr Otoo would arrive at the EC offices before the close of nominations.

Mr Ward Brew sat and waited with bated breath until 4:50 p.m. when his running mate appeared with the forms, after which they successfully filed the nomination.