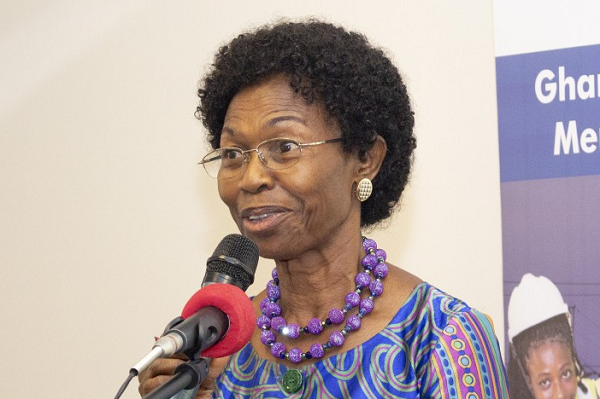 A globally recognised Ghanaian scientist, Emerita Professor Isabella Akyinbah Quakyi, has enjoined the people not to relegate or replace the  COVID-19 preventive protocols with vaccines but continue to strictly adhere to the safety protocols.

“Until there is full understanding of the virus, we should hold dear the safety protocols,” Prof. Quakyi, a Professor of Immunology and Parasitology, health researcher and public health practitioner, intimated.

In her view, the virus remained a changing organism that scientists continued to study to understand adequately and, therefore, as of now, no one vaccine had proved to be effective against all current and future variants.

Speaking to the Daily Graphic in an exclusive interview in Accra yesterday, Prof. Quakyi, who was recently recognised by Newsweek magazine as one of “seven women scientists who defied the odds and changed science forever”, described all available vaccines as experimental vaccines that were undergoing improvement and so it was not advisable to bank all hopes on vaccination for now.

Nonetheless, she added, vaccines were most helpful at this stage and people should take advantage of them as a complementary measure.

“Currently, there are not enough local data on the mutations of the virus in the country and so we cannot bank all our hopes solely on the vaccines,” she said.

Read also: No evidence of AstraZeneca vaccine problems — WHO

In recognising Prof. Quakyi’s work, Newsweek wrote in its edition celebrating this year’s International Women’s Day: “Quakyi has devoted her four-decade-long career to tackling malaria across fields, including immunology and vaccine development. She is currently Professor of Immunology and Parasitology of the School of Public Health, College of Health Sciences, University of Ghana.

“In 2019, she won the American Society of Tropical Medicine and Hygiene Clara Southmayd Ludlow Medal for her work on tropical medicine.”

“She has published more than 80 articles in 100 peer reviewed journals and has sat on a number of national and international committees and boards, including as the UNESCO Chair for Women in Science and Technology in the West African Region.

“Quakyi helped to develop what are known as peptide vaccines, partly by cloning a protein secreted by the malaria parasite,” it added.

Prof. Quakyi emphasised the fact that the wearing of face masks, the application of hand and respiratory hygiene and other protocols were still the game changer in responding to the global pandemic.

“I applaud the fact that the Ghana Health Service keeps reiterating that vaccination is a complementary measure and not a replacement. Because we do not have adequate data on local mutations, we cannot tell the extent to which we can depend on the vaccines.

“Even though it is capital intensive, the state must invest in further research locally into critical pointer issues, such as how long immunity lasts, issues of reinfections, how vaccines will perform in vulnerable groups, among others, to inform pragmatic policy decisions locally.

“Until then, we must strictly adhere to the protocols, even after taking the vaccines. We have come to know that the mutated variants are more infectious and results in severer disease,” she said.

She said it could be disastrous for the country if people let down their guard on the safety protocols, particularly the wearing of face masks, which had proved to be one of the effective ways of breaking transmission.

Prof. Quakyi said even in the advanced countries, real time monitoring that was informing continuous research to guide the use of vaccines was still underway.

She underscored the need for the country to operationalise all safety data gathered from the global monitoring by the World Health Organisation and other partners on the impact of the vaccine on people who had taken jabs by verifying the information locally.

She said although the Food and Drugs Authority was collecting some data on the effects of the vaccine on the vaccinated population, that  alone was not enough.

Further research, she argued, was required to determine exactly what the impact was.

Prof. Quakyi said although the country had so much prospect and potential with regard to developing a COVID-19 vaccine locally, that should not be expected to happen now.

She stated that more investment was needed in infrastructure and human resource to be able to translate that potential into reality.

However, she said, given the country’s prospects, the quest for the local production of vaccines had been long overdue.

“This pandemic should be a wake-up call to Ghanaian scientists and the state of the need to translate lessons learnt so far into pragmatic actions. We should enhance the capacity of our research ability to enable the sector to rise up to the occasion,” she said.

Among Prof. Quakyi’s numerous awards is the Clara Southmayd Ludlow Medal, a prestigious award created in 2017 by the American Society of Tropical Medicine and Hygiene (ASTMH) in honour of a female scientist who is an icon of research in Tropical Medicine.

Prof. Quakyi made a case for why people should add the gargling of hydrogen peroxide, which has already been approved locally for dental process, to their preventive protocols.

She said between one and three per cent of hydrogen peroxide solution had proved to be effective against majority of viruses, including all variants of the coronavirus.

“We are not saying people should drink it. We know the virus stays at least 48 hours in the throat and so if people gargle in the mornings and evenings, they will be reducing their vulnerability to the disease,” she posited.