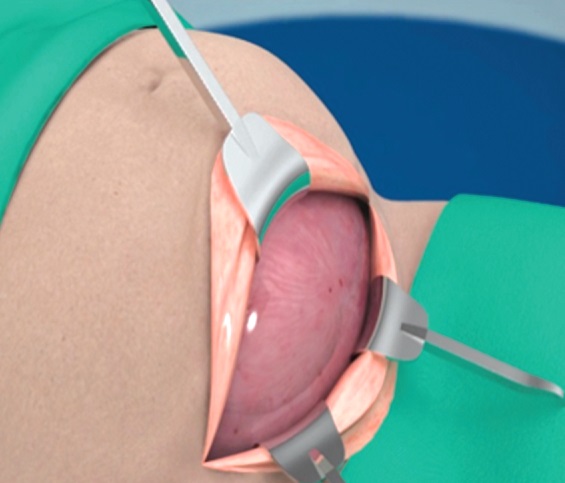 Empirical evidence submitted by Aziato, Odai and Omenyo (2016) points to the fact that pregnant women, and women in labour exhibit their faith and use religious artifacts.

They added that the religious beliefs and practices of patients play an important role in the recovery of the patient.

In accordance with these beliefs, some religious organisations see caesarean section (CS) as a bad omen and mystify it to their congregants.

Refusal of CS has the tendency of causing maternal or neonatal deaths or both. Mindful of this unfortunate possibility, there is the need to demystify CS to prevent institutional maternal deaths with the ultimate aim of saving lives and achieving the Sustainable Development Goal Three (SDG3).

Caesarean section is the surgical procedure by which one or more babies are delivered through an incision in the pregnant mother's abdomen through the abdominal wall (laparotomy) and the uterine wall (hysterotomy).

CS is often performed because normal or spontaneous vaginal delivery is likely to put the unborn baby, mother or both at risk.

In most advanced countries, it has been observed that CS rates have increased in contemporary times. The reason for this is multifactorial but it relates in part to a rise in medico-legal cases, alongside greater access to healthcare, medical equipment and expertise needed.

Most often than not, elective CS is planned after 39 weeks of pregnancy to reduce respiratory distress in the neonate.

For example, category one may result on account of oligohydramnios (low volume of amniotic fluid that is less than what is expected for gestational age).

Some religious leaders, especially pastors, prayer camp and shrine owners, see CS as a bad omen and thus advise their congregants against it.

The story was told about a pregnant woman who was booked for elective CS at one of the hospitals in Accra, to which she consented to having the CS with the blessings of her husband.

However, she went back to a prayer camp where she was advised against the CS. Her husband was not in agreement with her wife’s subsequent rejection of the CS on religious grounds.

Unfortunately, the pregnant mother obeyed her pastor and resorted to taking holy oil given to her at the prayer camp. Eventually, she was brought back to the same hospital as an emergency maternal case, vomiting a substance that the husband said was the holy oil her wife was taking.

The poor woman died a maternal death, leaving her live baby behind. She and her pastor contributed to preventable institutional maternal mortality ratio, deviating Ghana from attaining the SDG3.

Paradoxically, some pastors or religious leaders preach against CS and termed it a bad omen yet their sisters and wives undergo CS when necessary.

Like the Shakespearean Macduff, some of these religious leaders themselves might have been born through CS yet they satanise CS and offer all manner of prayers or exorcism to make the woman have vaginal delivery. Most of these women eventually die either with their babies or without the babies and the former become orphans or a burden on the family.

Perhaps it is high time for healthcare providers, especially the Obstetricians and midwives, hit the airwaves and other platforms to create awareness about the fact that CS is a birth method and not a bad omen.

If anything at all, the dangers associated with CS may not be as deadly as a pregnant woman attempting to push a breech birth or going through vaginal delivery engulfed with Placenta praevia.

To my mind, preaching the word of God and performing a CS are God-given talents. As such, religious leaders should eschew satanising some aspects of healthcare. Even in ministry, there are different gifts.

Healthcare providers should also focus on customer care and quality of care to demystify CS. Regulatory authorities and the police should also take action against religious organisations that engage in activities that lead to preventable maternal deaths.

Healthcare providers should equally work in collaboration with prayer camps and churches to get them understand the clinical causative factors germane to certain disease symptoms or factors fundamental to CS.

The writer is a Health Service Administrator. Email: This email address is being protected from spambots. You need JavaScript enabled to view it.