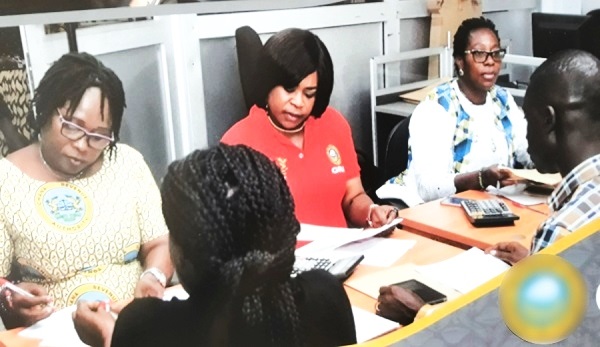 Taxation plays invaluable role in the building and sustenance of national economies worldwide.

It is used to bring in the needed revenue for national development.

Therefore, in administering and mobilising taxes, there should be no discrimination in favour of either men or women in terms of employment.
Generally, involving women in every facet of the national economy, including taxation, helps to foster economic growth and development. Unfortunately, in Ghana, for instance, tax administration has remained a male-dominated profession and women remain disproportionately represented in Ghana.

Historically, men have been more involved in tax collection than women and in Ghana, for instance, tax administration have remained a male-dominated profession, owing to the perceived need to use force and coercion in the revenue mobilisation processes.

Typically, taxes have been collected in a context of confrontation between the tax collector and the taxpayer, with the threat of violence in the background or even the foreground.

Although this situation is changing, partly because of changes in the ways in which taxes are collected, women remain marginalised in most tax administrations in Africa.

The other is whether those improvements might be, especially, beneficial to female taxpayers.

The United Nations Development Programme (UNDP) Gender inequality index in 2017 ranked Ghana 131 out of 189 countries.
Information available suggests that Ghana Revenue Authority (GRA) is predominantly dominated by men who constitute 72.5 per cent of the workforce with women constituting 27.5 per cent of the total workforce.

The Authority is working assiduously to have the female population climb up in numbers to over a third i.e. 33.3 per cent in the nearest future.

The low percentage of women working in the GRA could be attributed to subject requirements in the core divisions such as Taxation, Economics, Accounting, Statistics and Mathematics, which most women fear to pursue at secondary and tertiary institutions.

Compared to other African countries, however, Ghana is said to be doing well in terms of the ratio of male-to-female in revenue authorities.

A publication (African Tax Outlook), commissioned by the African Tax Administration Forum (ATAF) in 2019, indicates that Burkina Faso, Chad, Senegal, Sierra Leone and Togo have at least 80 per cent of male staff in their revenue authorities compared to female.

In addition, the publication shows that Namibia has the highest number of female staff (72 per cent) in its revenue authority, followed by South Africa (62 per cent), Botswana (60 per cent), Swaziland (55 per cent) and Cape Verde (53 per cent).

Although women are less than men in GRA, they are playing their part in revenue mobilisation, irrespective of the unit, department or division they find themselves. In fact, women are found virtually everywhere in GRA.

The core divisions i.e. Customs and Domestic Tax Revenue have a sizeable number of women who, together with their male counterparts, are administering all the tax types.

The non-core division i.e. Support Services Division as well as departments and units under the Commissioner-General also have many women who are playing their respective roles as far as tax administration is concerned.

In almost all large organisations in the world, men are over-represented in senior positions than women. To some extent, GRA conforms to this pattern where women are more commonly found in lower than in higher ranks.

This notwithstanding, there are quite a number of women in managerial positions who are efficiently and effectively managing divisions, departments, units and tax offices with some deeply involved in tax policy formulation.

As a policy recommendation, this writer suggests that more qualified women be employed in the tax authority and at the decision-making level.

This would help them lobby for more women to be employed in the tax administration system and contribute their quota to national development.

Overall, countries, the world over, are reforming their tax institutions to reflect changing attitudes about men and women and Ghana must follow suit.

The writer is with the Research & Policy Unit-Ghana Revenue Authority This email address is being protected from spambots. You need JavaScript enabled to view it.