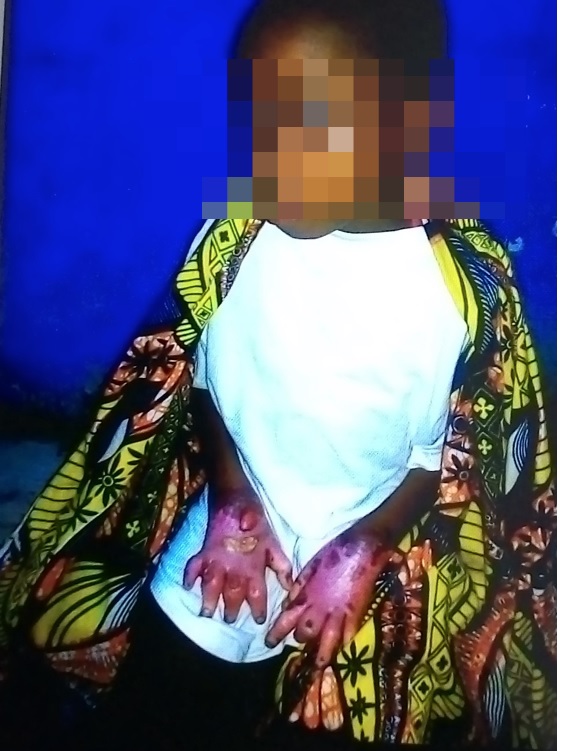 Vera Koranteng, the 32-year-old woman who dipped the hands of her husband’s 10-year-old niece into boiling water, will remain in police custody for two more weeks because the judge handling her case was not available when the case was called last Thursday.

When the case was called at the Odumase Krobo Circuit Court in the Lower Manya Krobo Municipality in the Eastern Region, the judge, Mr Francis Gbedzro, was said to be acting for his colleague at the Akropong circuit court who is on leave.

The court, therefore, adjourned the case to Thursday, October 29, this year and remanded her into police custody.

Koranteng, an undertaker, had pleaded not guilty to causing harm to her niece and the court remanded her to reappear last Thursday.

Background
She is facing the law for allegedly dipping the hands of her husband’s 10-year-old niece into boiling water, severely injuring her in the process.

It is the case of the prosecution that Vera warned the girl not to tell her uncle that the injury was as a result of the boiling water, rather “you fell into oil.”

Alleged incident
Presenting the facts, the Prosecutor, Detective Sergeant Leticia Acheampomaa, said the girl had been living with her uncle and his wife, Vera, at Kpong in the Lower Manya Krobo District, for the past one-and-a- half years.

She said on July 15, this year, Vera asked the girl to clean their room which the girl did, but Vera was not convinced that the work had been done.

According to her, Vera then dipped the girl’s two hands in boiling water.

She cried and shouted for help.

The prosecutor told the court that the accused upon seeing that the victim was hurt, held her two hands and dipped them in a bucket of cold water and warned her not to disclose her ordeal to anybody, including her husband, the uncle of the victim.

“When your uncle comes and asks you about what happened, tell him that you fell into oil which I used to fry fish, otherwise I shall punish you severely,” the accused is reported to have said.

She added that the girl’s hands started deforming and her health also deteriorated seriously.

Arrest
The prosecutor said on September 21, this year, another uncle of the victim visited the accused person’s husband and upon seeing the child’s condition sent her to her parents at Kpetoe in the Volta Region, where the victim narrated her ordeal.

The parents, therefore, lodged a complaint at the police station, leading to the arrest of Vera and her husband.

The parents, therefore, lodged complaints at Kpetoe Police Station and the case was referred to Kpong Police, and the accused and the husband were arrested and handed over to the Akuse DOVVSU.

The police issued a medical form to the victim who is receiving treatment.

She was initially granted a police enquiry bail until investigations were completed when she was re-arrested on October 1, this year and arraigned.