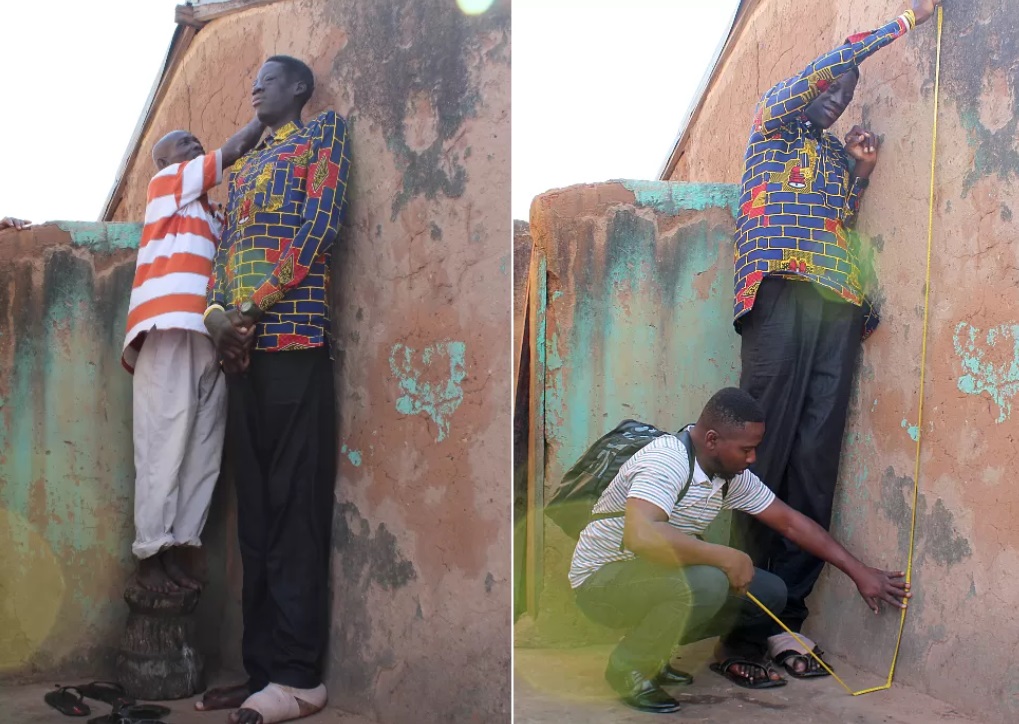 A neighbour stood on a stool to mark the wall when measuring Awuche
30.5k Shares

When the BBC visited Ghana's giant, reported to be the world’s tallest man, Sulemana Abdul Samed, known as Awuche with a measuring tape reading 7ft 4in, said, "I don't have a problem with the way God created me."

The plan was to have him lean against a wall, mark it by the crown of his head and then determine his height using the measuring tape.

"The way they measure me, I cannot say everything is perfect," Awuche admitted - happy with my plan to get an exact measurement.

He turned out to be taller than most of the houses in his neighbourhood, but after a good search we found a suitable building with a high-enough wall.

He took off his shoes - large slip-ons specially made from car tyres and nailed together for him by a local handyman as he has been unable to find shoes to fit him. 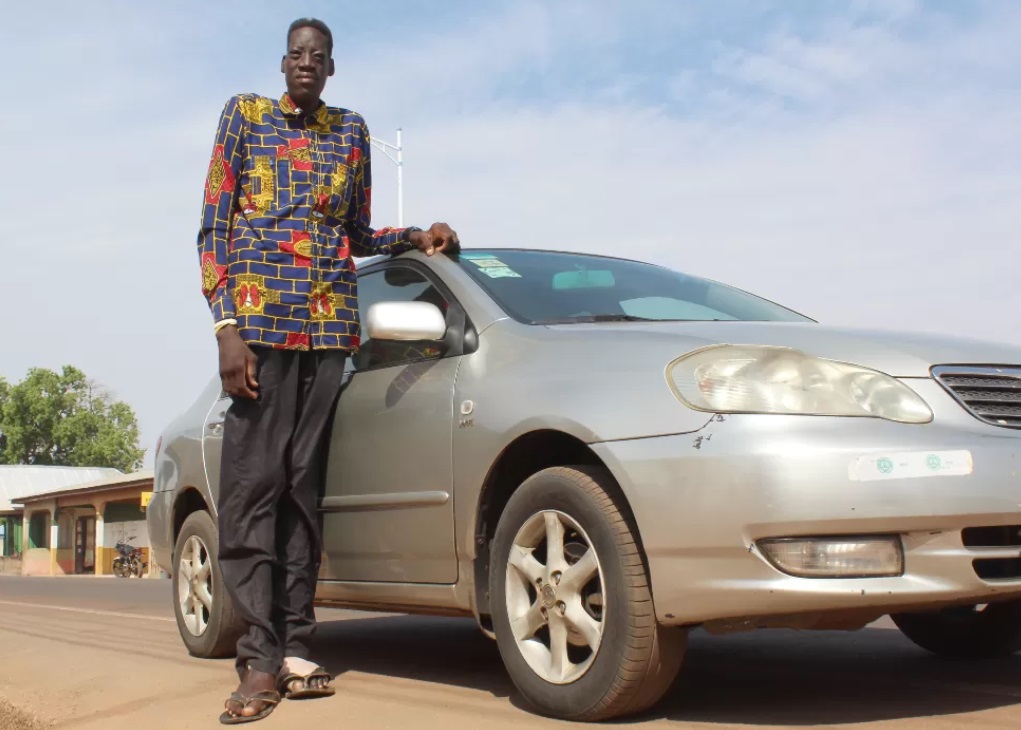 One of his neighbours clambered up on a wooden stool to reach Awuche's height so he could mark the wall with a piece of charcoal.

After verifying the line, we stretched out the measuring tape firmly from the marked line to the ground as Awuche looked on in anticipation.

"Awuche, the measuring tape reads 7ft 4in," I said.

Wearing his inimitable smile, he replied: "Wow, so what does it mean?"

"Well, the tallest man alive is 8ft 2.8in tall, he is barely one foot taller than you."

I was referring to 40-year-old Sultan Kösen, who lives in Turkey and holds the current Guinness World Record.

"I'm still growing tall. Who knows, maybe one day I may get to that height too," Awuche remarked - not at all upset by the discrepancy with the figure given to him by the hospital.

"Every three months of four months I grow… If you've not seen me for three months or four and you see me, you'd realised I have increased," he explains. 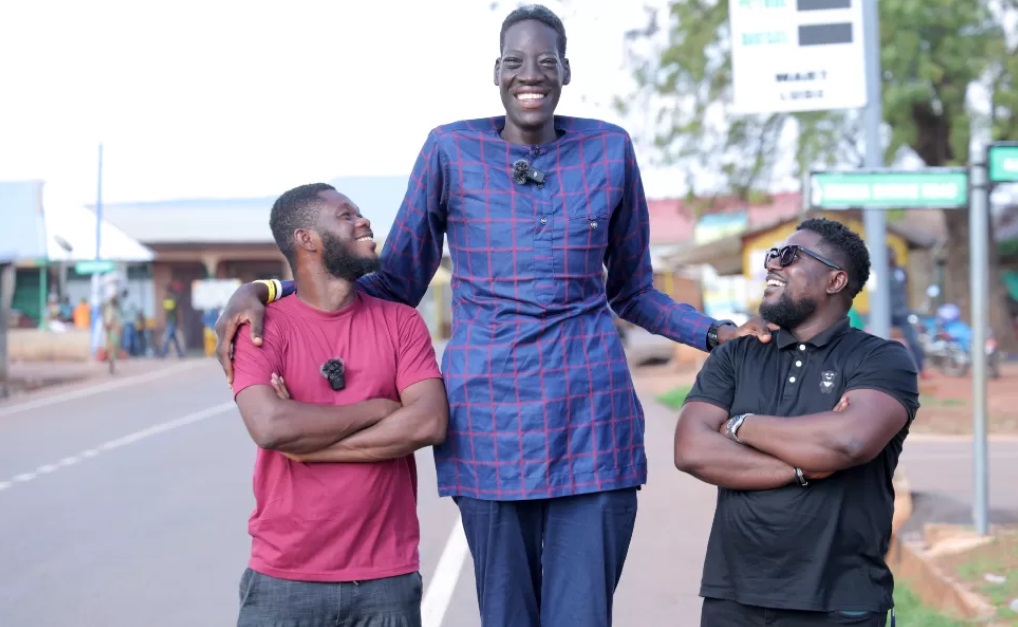 This increase in height started to become noticeable when he was 22 years old and living in the capital, Accra.

Awuche had moved there to try his luck in the city, where one of his brothers lived, after finishing secondary school.

He was working at a butchers, saving money to take lessons at a driving school.

But he woke up one morning in confusion: "I realised my tongue had expanded in my mouth to the extent that I could not breath [properly]," he recounts.

He visited a local pharmacy to get some medication, however days later he realised every other part of his body had started increasing in size.

When family and friends from his village visited the city, they would all remark on his growth spurt and it was at this point he realised he was gradually turning into a giant.

He began to tower over everyone - and he sought medical help as the growth brought other complications. 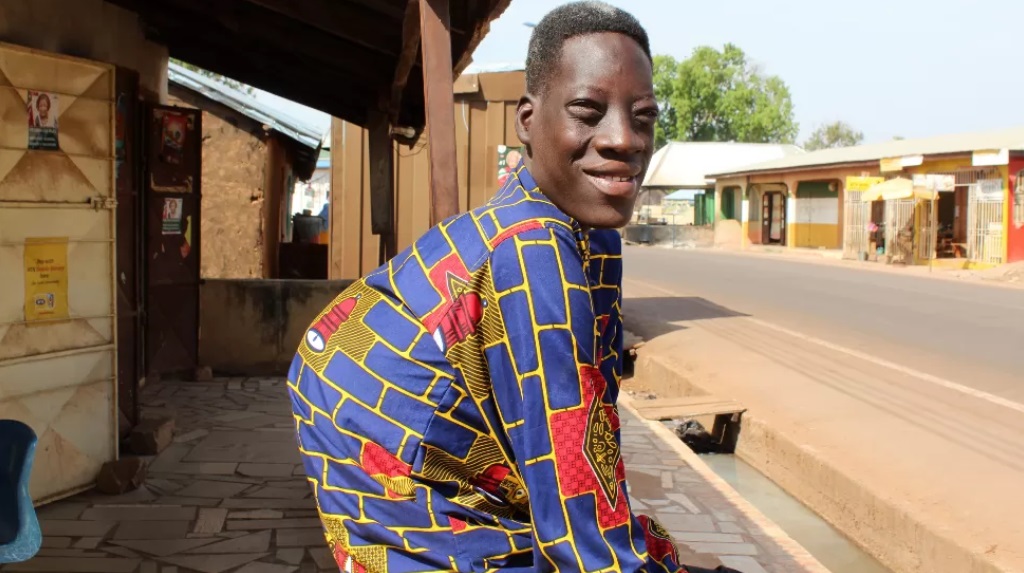 Marfan syndrome can cause the spine to become abnormally curved

He has been left with an abnormally curved spine, one of the prominent symptoms of his condition, Marfan syndrome, a genetic disorder affecting the body's connective tissues.

It results in abnormally long limbs.

Doctors say he needs a surgical procedure in his brain to stop the growth.

But Ghana's public healthcare insurance cannot cover this, providing only for basic treatment. 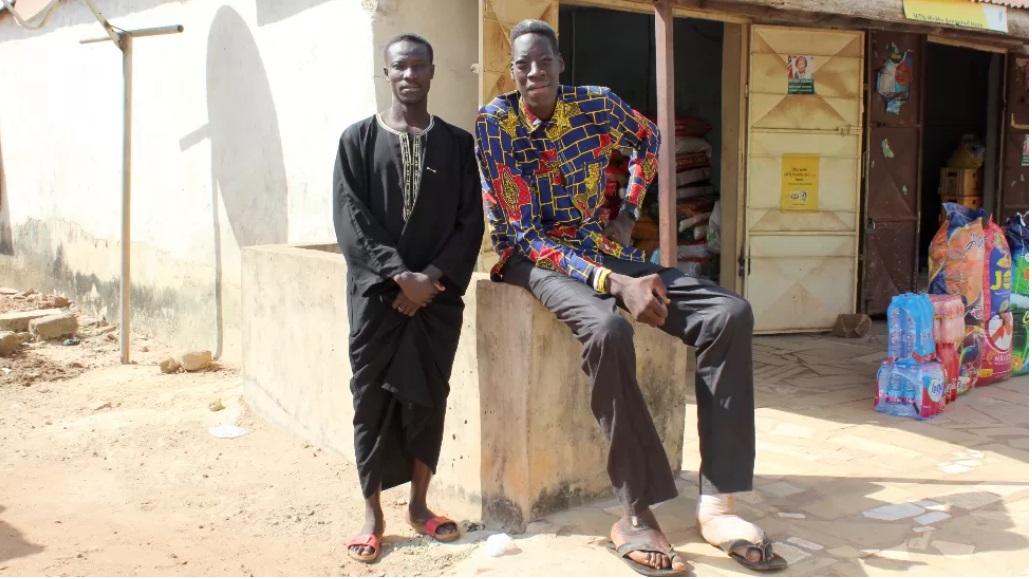 Awuche now lives with his older brother (L) in Gambaga

His health problems eventually forced him to return to his home village six years ago and give up his dreams of becoming a driver.

"I was planning to go to driving school, but even when I shift the seat back, I can't hold the steering wheel… I can't stretch my leg because my knee will knock the wheel."

He is now living with his brother - and gets by after setting up a small business selling mobile phone credits.

His height has also curtailed his social life.

"I used to play football like every other young man, I was athletic but now I cannot even walk short distances," he explained. 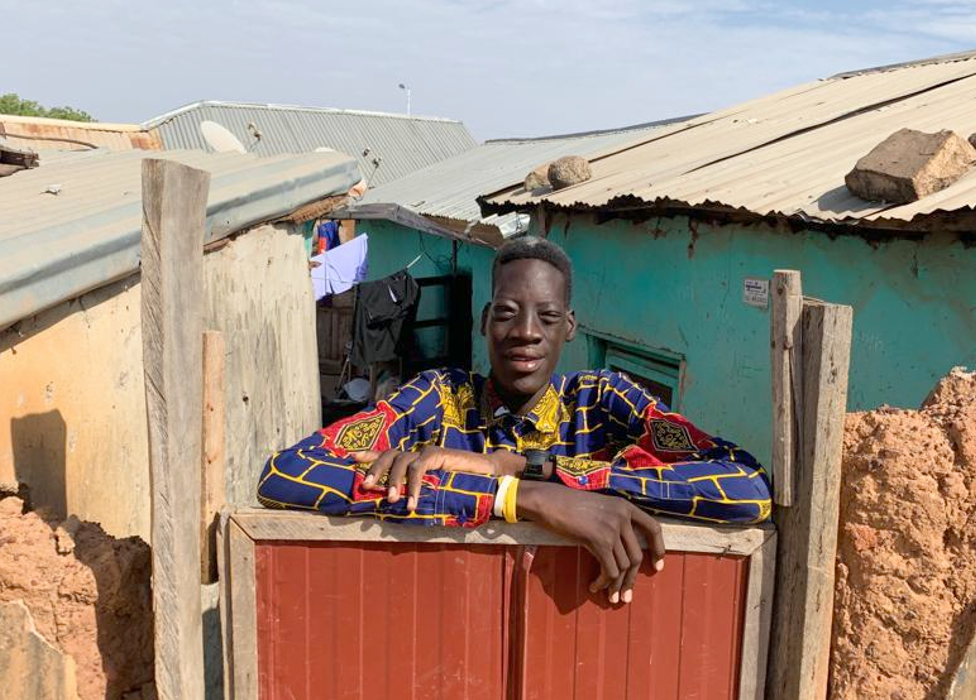 But Awuche does not let his problems get him down. He is full of soul as his tall slim frame weaves through the dusty paths of the village - smiling as people call out to him.

He is a bit of a local celebrity.

A group of elderly people sitting by a shed exchange pleasantries, children wave, some women come up for a hug and share jokes with him.

Some people want to take selfies with him - even strangers come up to ask if he is the giant they have seen on social media. 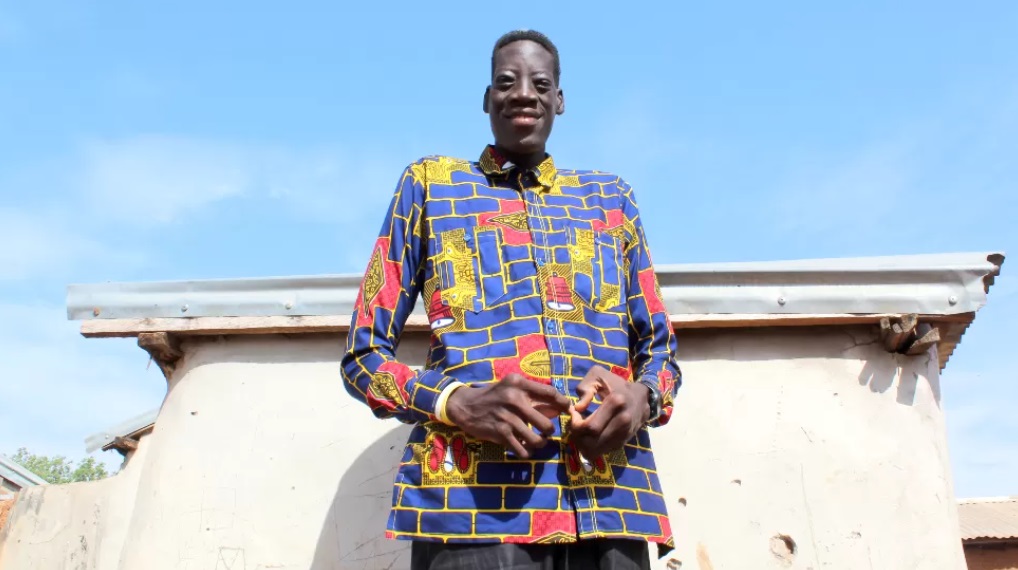 He is most grateful to his family for their emotional support, saying that he knows of no other relatives, including his three brothers, who show any sign of having his condition.

"None of them are tall, I am just the tallest man."

He would love to get married and have children one day but wants to first concentrate on sorting out his health.

His first priority is to try and raise money for plastic surgery to deal with a serious skin complaint on one leg, ankle and foot caused by the excess growth of the limb.

But looking at his bandaged toes, Awuche refuses to be disheartened by his predicament.

"That is how Allah chose it for me, I am OK. I don't have a problem with the way God created me."