The Micro Finance and Small Loans Centre (MASLOC) has disbursed group loans to some seventeen groups in the Western Region.

Speaking on the occasion, the CEO of MASLOC, Hajia Abibata Shanni Mahama Zakariah expressed sympathy with the beneficiaries, many of whom were victims of the Takoradi makeshift market fire that razed down over 100 shops six months ago.

She noted that the incident had had a significant impact on the businesses and livelihoods of the market women thus necessitating the need for the disbursement of the group loans. 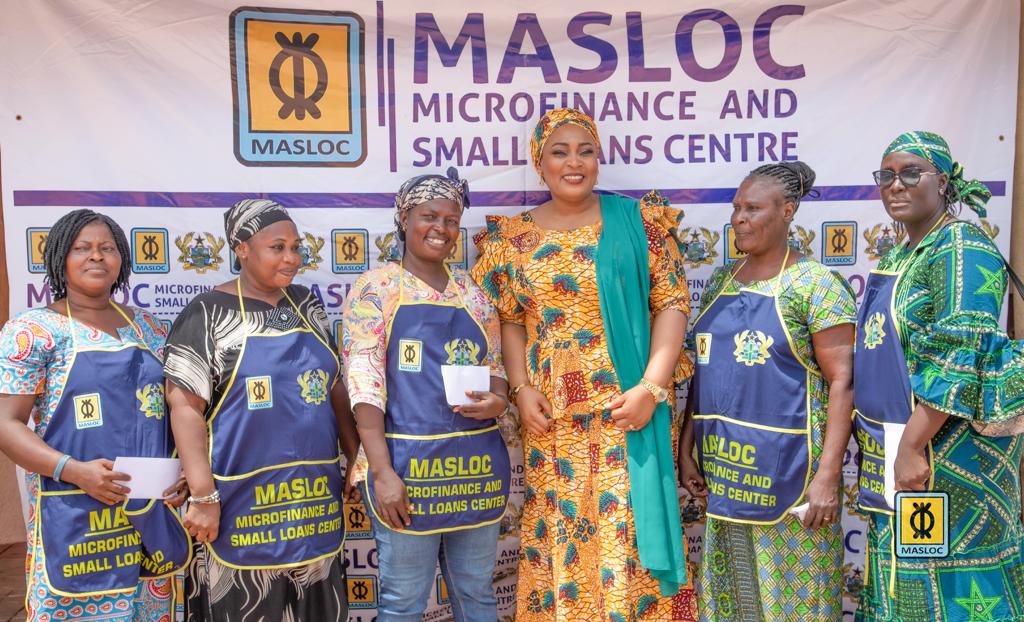 Madam Abibata Zakariah further disclosed that she had to increase the number of beneficiaries from an initial 50 individuals to 100 in order to assist them to revamp their businesses.


Beneficiaries who received amounts ranging from GH₵1,000.00 to GH₵2,000.00 expressed their willingness to repay the loans in order to access an increased amount in future disbursements.

Engaging beneficiaries at Tarkwa, the CEO of MASLOC stated that market women were a very strategic component in driving the economy and there was a need to support them with loans to help boost their business.

Madam Zakariah, on the other hand, urged all beneficiaries to make a concerted effort to repay the loans which will contribute to the overall goal of sustaining MASLOC's revolving funds.

In response to inquiries from pressmen, she emphasized that the institution's loans are distributed to Ghanaians between the ages of 18 and 65 years who qualify for microloans to support their businesses. 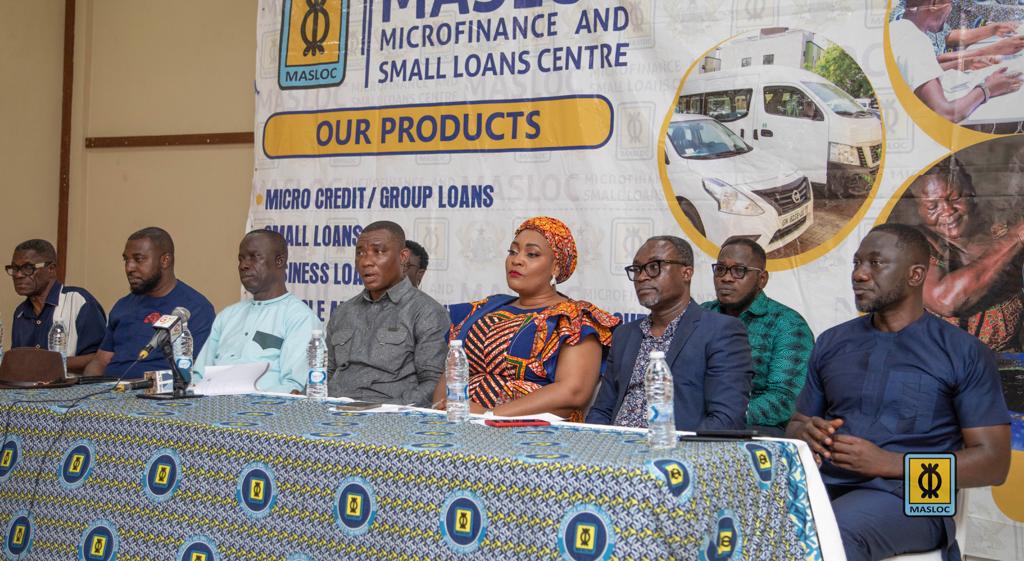 MASLOC's Regional Manager, Mr. Malik Botwey said his outfit had taken steps to fully orient the market women on the terms of the loan and added his voice to the call for these beneficiaries to repay their loans in order to help them access higher amounts in the future.

Speaking to the beneficiaries in Tarkwa, the Member of Parliament for Tarkwa Nsuaem Constituency and Deputy Minister of Lands and Natural Resources, George Mireku Duker expressed gratitude to MASLOC for disbursing the loans to beneficiaries in his constituency.

He also asserted that he would assist in sensitizing beneficiaries to repay the loans on time so that the disbursements could be extended to many more people in the future.

In addition, Mr. Duker informed the CEO of MASLOC that he had submitted an application for support through the institution's hire purchase scheme. He said through the scheme, he had acquired items such as sewing machines, hair dryers, and saloon cars for the youth in his constituency who meet the eligibility requirements.