We’ll not hesitate to shoot and kill saboteurs – GRIDCo security 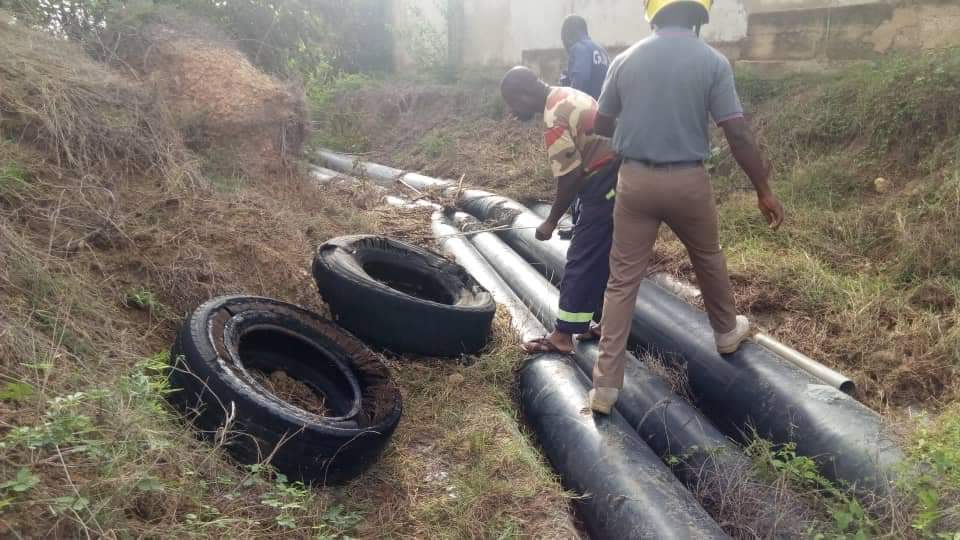 warning follows a recent attempt by some unscrupulous persons to burn pipelines in the Tema power enclave and the cutting down of a pylon belonging to GRIDCo within the last two weeks.

Addressing the media as part of a tour of the affected pipelines which belong to a private company, Cirrus Oil Services, the Head of Security GRIDCo, Major Lawrence Appiah (Rtd) said the necessary security is being put in place to deal with any threat that could impact power supply, reports Citinewsroom.com

“We want to tell those who are doing this because they do not want the good of Ghana to be very careful in what they intend to do. We are ready with the soldiers. We know the rules of engagement but we will not hesitate if the arrest will not work; to shoot to kill because Ghana must succeed.”

“We all know how the government is working hard to improve power for all to enjoy. Unfortunately, some people are not interested and are trying to do things to bring it down. We are not going to sit down and allow it, so we have done all that we need to do. We have soldiers, police, the BNI and National Security assisting us to ensure that we nip it in the bud”, he added. 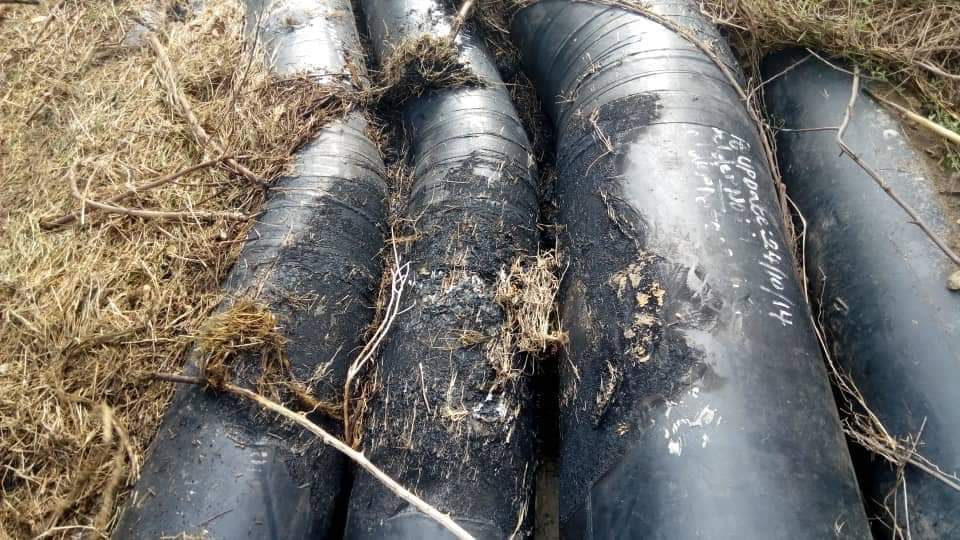 On Monday, some persons suspected to be arsonists torched some gas pipelines within the Tema enclave.

Public Relations Officer for the Energy Ministry, Nana Damoah who made this known said the Police have begun investigating the incident to arrest the culprits.

“Last night, some security men doing some regular checks along the pipelines that take one of the generating plants within the Tema enclave discovered that some persons had packed car tyres over some pipelines that were transmitting fuel to the generation plant and had torched these tyres, so the [pipelines] were burning,” Mr. Damoah said.

He also said the Energy Ministry is working to arrest persons who attempt to destroy properties belonging to the ministry.

Two weeks ago, one of the 161,000 towers located in GRIDCo’s enclave near the free zone area in Tema, fell over into another tower after it emerged that the bolts holding the pylon had been deliberately cut and removed.

These incidents come in the wake of the recent power crisis where Ghanaians experienced a nation-wide power outage.

GRIDCo strongly suspects that the Tema pylon was cut down in an act of vandalism and not an attempted theft.

Energy Minister John Peter Amewu said he was not ruling out political sabotage in the apparent vandalism of the high voltage transmission tower. 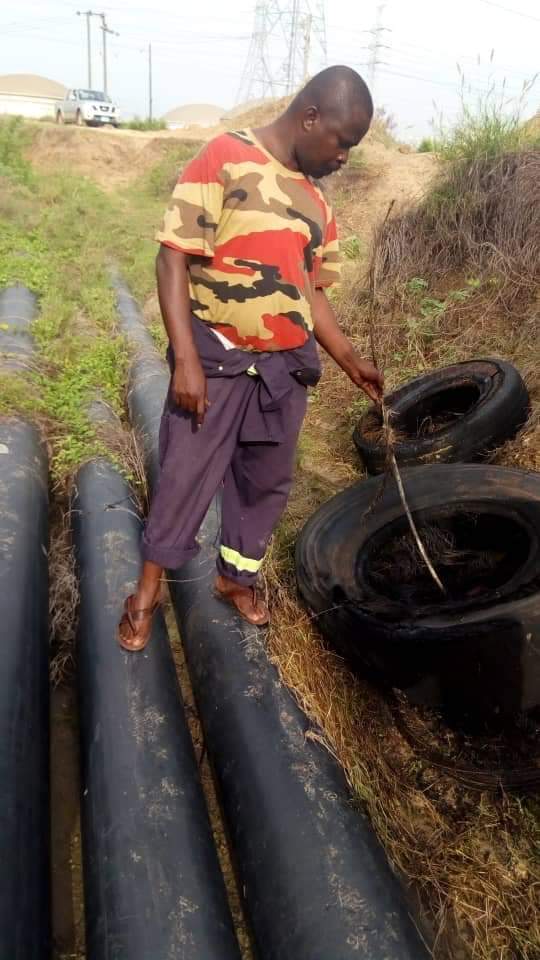 Last year, it emerged that artisans and squatters, as well as haulage drivers, had developed a settlement close to the surface pipelines belonging to the Tema Oil refinery (TOR).

In spite of dangers associated with this, the squatters had found a place of abode around the pipelines that connect the Tema Port to the refinery thereby exposing the pipes and themselves to danger.

They were later ejected from the place.

Earlier reports had suggested the pipelines are conduits through which gas is transported to power the country's electricity generating plants located in the enclave reports Della Russel Ocloo.

But the Chief Executive Officer (CEO) of the Ghana Grid Company (GRIDCo), Mr Jonathan Amoako Baah told Graphic Online that the lines belong to the BDC.

"I know fuel passes through the pipelines but cannot confirm where exactly they are transmitted to..., but if they go to any of the stations, then, it means, they are meant for power, but I know for a fact that the lines belong to Cirrus Energy", Mr Amoako Baah said in a telephone interview.

GRIDCo, he said may have to enquire from the producers within the enclave whether they take petroleum supplies from the pipelines.