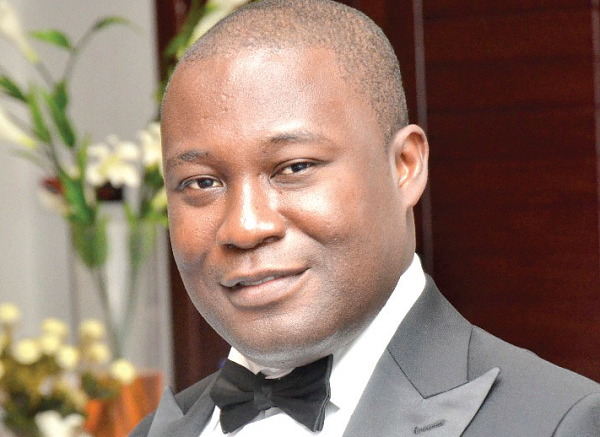 VOKACOM, a local technology entity, has been awarded the contract to provide the digital platform for the roll out of the digital addressiing system across the country.

The company will be partnered by the Ghana Post Comapny Limited to use the GPS system to undertake the project.

The Chief Executive Officer (CEO) of Vokacom, Nana Osei Afrifa, who disclosed this to the Daily Graphic in Accra, also said finishing touches were being put to the processes that would lead to the start of the initiative.

He added that the company’s management then met President Nana Addo Dankwa Akufo-Addo and the Cabinet members to give a briefing on the implementation schedules of the project.

He explained that discussions were ongoing with the ministries of Tourism, Communication, Lands and Natural Resources, Information and other stakeholders to designate special names for unique landmarks and government buildings.

“When this digital addressing system is fully deployed, it will not only help to give accurate direction to specific locations, but will also help to track data on people for essential purposes. The banks do not have to go through the hustle of trying to locate their clients as is the case now, while the security agencies will also be able to trace crime scenes with ease,” he added.

Nana Afrifa said the first batch of “Asase GPS” had been supplied to Ghana Post, and that the equipment would be rebranded as Ghana Post GPS.
Throwing more light on the digital addressing system, he said unique codes would be assigned to each of the 10 administrative regions for easy direction.

“The unique codes will have between nine to 11 characters but a consultative process will be carried out with key stakeholders to standardise the characters. The first characters in the code will represent the region, the next one will be for the district, while the four characters that will follow will be the post code, with the individual’s unique address being the last set of characters,” he said.

The Vice-President, Dr Mahamudu Bawumia, will do the pilot launch of the initiative in Accra on the World Postal Day after which there will be a presidential launch later in the year. The national digital addressing system is to be officially rolled out across the country next month.

“Unique digital identification codes will be assigned to about 16.5 billon five-by-five metre square (M2) demarcations that have been designated across the country to facilitate the digital mapping process.

“A national address registry will be imbedded into the system to enable individuals to validate their home and business addresses for easy direction and identification purposes,” he said.

In February 2017, Dr Bawumia announced the formation of two committees— a legal committee and technical committee— to undertake the necessary legal, logistical and financial consultation to design a road map for the implementation of the national addressing system.

Metropolitan, municipal and district assemblies (MMDAs) and other state agencies such as the Ghana Water Company, Lands Commission and Ghana Post all have different systems for tracking and identifying properties, hinged on different technologies, but the Akufo-Addo government expressed intent to implement a digital addressing system and to harmonise all such systems into a single data resource to aid national planning and economic development.

Dr Bawumia, while addressing the National Policy Summit recently, stressed that the role of an address system in Ghana was mostly underestimated, but had the potential to be a key component for the growth of the economy.